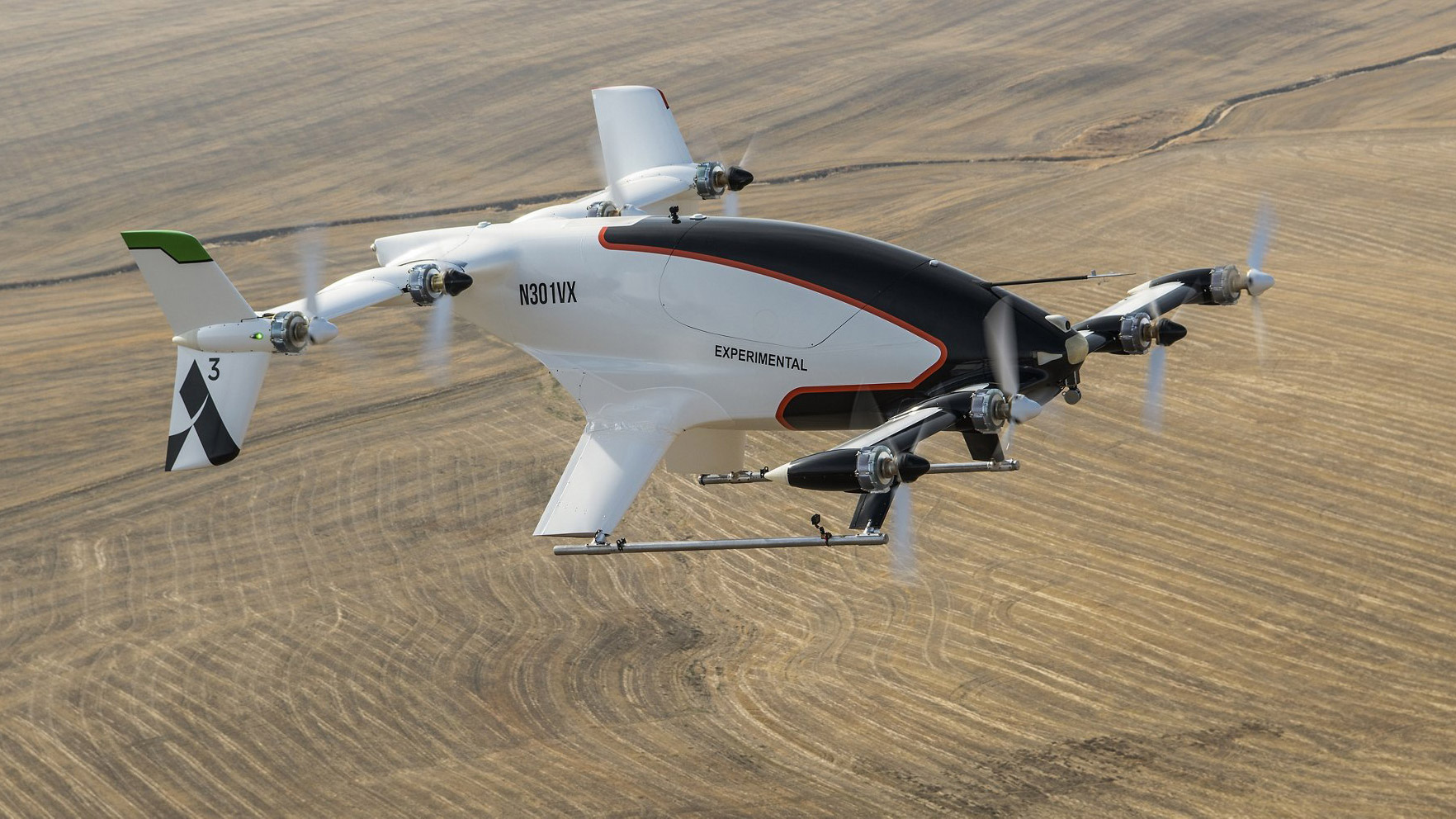 Mapping a flightpath to a sustainable future

Paid for and posted byAirbus

Standing still did not propel humans into the skies and then all the way to the moon. Having harnessed the possibility of flight, engineers are now developing sustainable and innovative aviation solutions that will take us safely into the future.

Airbus was founded on an insatiable curiosity for scientific discovery and aviation technology. Today the aerospace giant is on a mission to deliver sophisticated mobility solutions that will better connect people at an urban, national and international level.

This mission starts by optimising existing technologies and daring to dream of innovative new approaches so the skies can be leveraged to create sustainable travel pathways for the decades ahead.

Dream, develop, deliver
Airbus is re-thinking the future of flight and urban mobility through innovative engineering and design.

The all-electric Vahana demonstrator started as a sketch on a napkin in 2016. It went on to become one of the world’s first fully operational electric vertical take-off and landing (eVTOL) vehicles, which took its maiden flight in 2018. In just two years Airbus had bridged the gap between concept and reality.

The learnings from this pioneering project are now providing insight for the development of CityAirbus – the second eVTOL demonstrator in the Airbus portfolio.

CityAirbus has a multicopter configuration, and its eight propellers are powered by electric motors. The full-scale demonstrator conducted its first take-off in 2019.

Remotely piloted and designed to seat four passengers, CityAirbus is helping to usher us towards a future in which zero-emission flying taxis and urban ridesharing services are the norm.

CityAirbus is one example of how the skies could be leveraged in a sustainable way to create faster, quieter and more convenient urban mobility solutions.

Sparking electric propulsion into life
Electric and hybrid-electric propulsion is one of the most exciting mobility technologies revolutionising industries, from automotive to aviation. Airbus began its electrification journey for commercial aircraft in 2010 with the development of Cri-Cri, the world’s first all-electric four-engine aerobatic aircraft. Today it is focused on the E-Fan X, an aircraft demonstrator in which one of the four wing-mounted engines will be replaced by a 2MW electric motor developed in partnership with Rolls-Royce.

E-Fan X’s predecessor, the E-Fan, was powered solely by lithium-ion batteries. In 2015 it became one of the first all-electric aircraft to successfully cross the English Channel and helped to guide the way towards zero-emission flight.

The E-Fan X builds on learnings from its predecessor and benefits from advances in technology to make it 30 times more powerful.

The project is a huge step forward in zero-emission aviation technology, and its first flight is scheduled for 2021. The project’s goal is to make the technology available to fly a 100-seater electric-hybrid aircraft within the 2030s timeframe.

E-Fan and E-Fan X have shown that electric and hybrid flight is not only viable, but also inevitable as we navigate towards a sustainable future for the aviation industry.

Re-thinking established wisdom
Accelerating the development of alternative-propulsion systems and alternative fuel sources is essential if the aviation industry is to achieve its target of a 50% reduction in net aviation CO2 emissions by 2050. So too is improving the efficiency of existing fleets and industry standards.

One such example is Airbus’ demonstrator project called fello’fly for which migrating geese flying in a ‘V’ shape are the inspiration. The aviation industry has been keenly interested in wakes and the associated upwash that air flowing over an aircraft’s wing generates in flight. The technical term for flying in this upwash is “wake-energy retrieval”, and the free lift it provides enables aircraft to reduce thrust and fuel consumption. If the technology proves viable, it could produce fuel savings for commercial aircraft of between 5-10 percent per trip.

In 2016, Airbus performed a series of flight tests that demonstrated significant fuel savings when two aircraft fly approximately 3km apart without compromising safety or passenger comfort. Currently, Airbus is developing the functions and technology needed to assist pilots to stay safely in position behind the leader.

If all these stakeholders could work together effectively on this project, it would show how united the industry is in achieving its CO2 reduction target and paving the way for more unified action in other areas.

To achieve this evolutionary step in operations, we have to look at the challenge from the perspective of all industry stakeholders. It’s a great opportunity for our industry to demonstrate a joint commitment to reducing our use of fossil fuels.
Nick Macdonald, fello’fly Demonstrator Leader