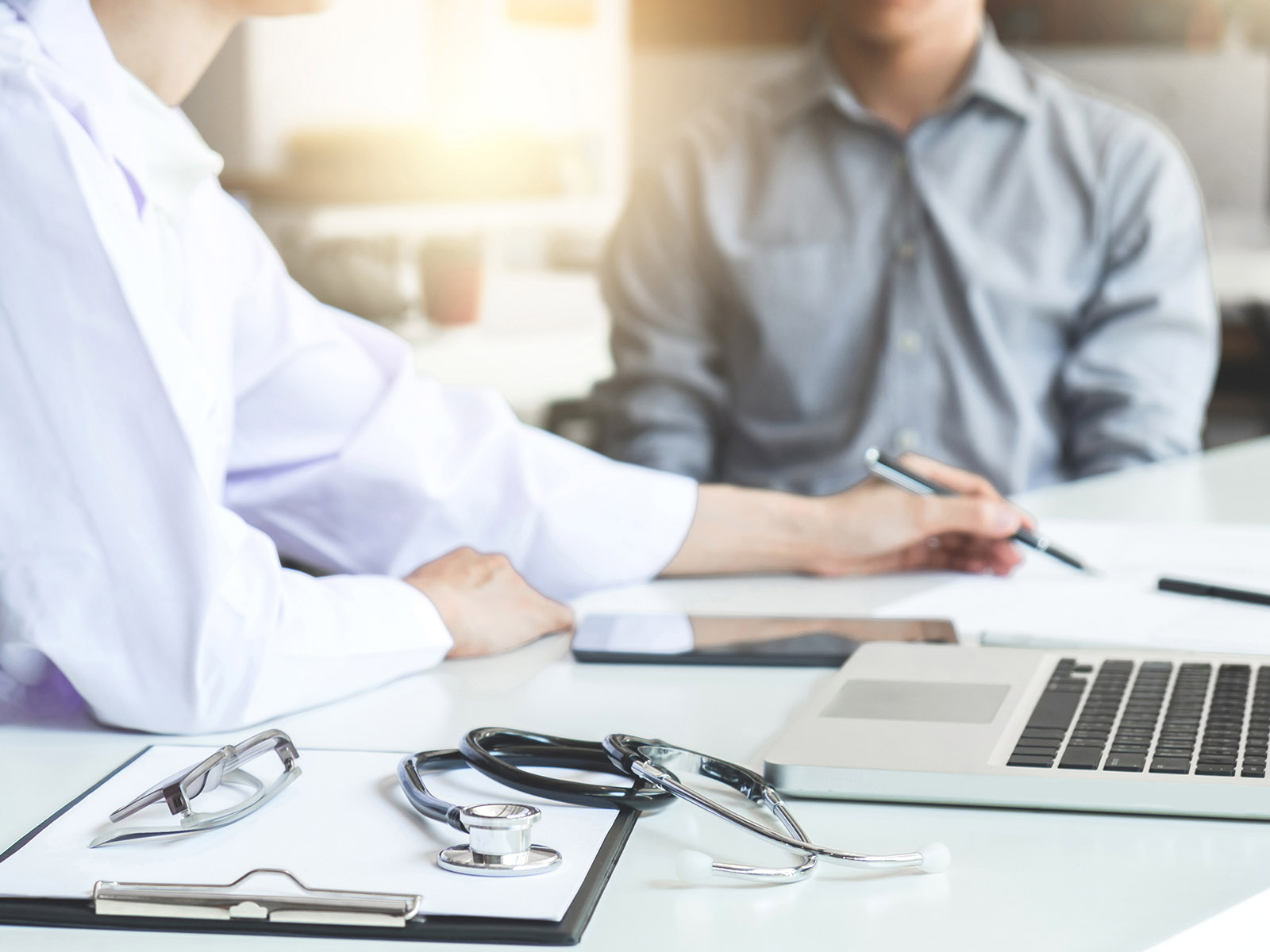 Extending a Founder’s Legacy in Healthcare

Brought to you byCapital One

See how this healthcare company retained the imprint of its founder’s experience and moral compass.

AccessOne is one of those rare companies that, despite its growth, has successfully retained the imprint of its founder’s intellect, experience, and moral compass. A third-generation physician, Dr. Russell Salton has a deep-seated regard for patient dignity and well-being, but he also combines the conservative, do-no-harm philosophy of the physician with the adventurousness of the entrepreneur.

As a result, Dr. Salton was not only sensitive to how patients feel when unable to pay for their care, but also ready to do something about it. With AccessOne, he and his team created a system of flexible payment offerings that enable patients to fulfill their obligations while helping hospitals cover the costs of the services they provide.

An Opportunity He Was Born to Seize

As Mark Spinner, AccessOne’s current President and CEO points out, entrepreneurship is in Dr. Salton’s DNA. In the 1920s, his grandfather built a hospital in Williamson, a mining center in West Virginia’s coal country. After establishing his reputation as a physician and surgeon, he approached local mine operators with a proposal to care for its employees for a set annual fee. “In effect, Dr. Salton’s grandfather created a provider-sponsored health plan long before anyone had a name for it,” Spinner notes. With this extensive patient list in hand, he was able to successfully secure financing to support the construction of a community hospital.

Dr. Salton is not just an entrepreneur, however. He is an entrepreneur who has immersed himself in the healthcare industry. “If you look at Dr. Salton’s life, you could say that everything he did prepared him to found AccessOne,” Spinner says.

After graduating from medical school at West Virginia University, he cofounded the Charlotte-based Metrolina Family Physicians, which became the largest independent family practice group in the Southeast with 42,000 patients. He then left private practice in 1990 to cofound Primary PhysicianCare, a managed-care company, and finally, he served as Carolinas Market Medical Director for Aetna US Healthcare.

In other words, by the time he purchased the medical credit card company in 2002 that would become AccessOne, he had an unparalleled grasp of the dynamics that shape the healthcare system. “His level of understanding and systems intelligence about how providers, payers, and patients interact is simply off the charts,” Spinner says. “He is the smartest guy I have ever met in this context.”

At a Pivotal Moment in Healthcare

With Dr. Salton’s comprehensive grasp of healthcare dynamics, it is not surprising that the emerging popularity of high-deductible health plans caught his attention or that he had the foresight to anticipate its implications. When Medicare, Medicaid or insurance plans accounted for 95 percent of a provider’s revenue, the impact of patient defaults on its bottom line was manageable. But when patients started to account for a larger percentage of revenue, high levels of default were no longer sustainable.

Dr. Salton also perceived that the typical provider response to late payments — what Spinner terms “three calls and a collection agency” — was not only costly, but also ineffective. “Dr. Salton saw that pressure tactics did not materially improve payment rates,” Spinner says. “Even worse from his perspective, they were damaging to both providers and patients.”

The experience of being pressured to pay medical bills created animosity at the precise moment that providers, faced with consolidation and increased competition, began focusing on raising patient satisfaction. At the same time, Dr. Salton felt strongly that the consequences of sending patient accounts to collections violated the physician’s creed of doing no harm. In addition to impairing a patient’s credit, they discouraged patients from pursuing treatment they really needed until they were very sick, which in turn increased healthcare costs generally.

For Dr. Salton, there was something deeply wrong about this approach. “Dr. Salton’s mission was to build a patient-friendly credit model for hospital systems that would ensure that every single patient they treat could be covered with affordable financing,” Spinner says. “It would allow patients to pursue the care they need when they need it without fear of cost.”

Rethinking the Relationship Between Patients and Providers

Dr. Salton, along with co-founder Stephen Bernard, a technologist who had experience building software systems in the insurance and wealth management industry, set out to design a system that would offer affordable, patient-friendly payment programs to all individuals and their families, regardless of credit history or account size, with no credit report, fear of collections or hidden fees — and increase the amount of reimbursement hospitals receive for services provided. “Dr. Salton and his team realized that healthcare is not a typical consumer market and that an approach that preserves the dignity of the patient would increase the likelihood of payment,” Spinner says. “Tammy Geis, our Chief Operating Officer was a healthcare finance executive with Presbyterian Hospital in Charlotte and brought another point of view from the provider operations and finance perspective that was key to our success.”

Under Dr. Salton’s leadership, AccessOne developed a variety of payment options, including long-term plans with no interest, lower monthly payment options with a low interest rate, and plans designed for patients receiving financial assistance or who have extremely high deductibles or catastrophic balances. They have also incorporated technology that makes it easier for patients to make payments, either from a desktop or mobile device.

“Building on the original program design, we have developed software to drive a user experience (via patient portals, health information system integration and mobile applications) that offers all the convenience consumers have come to expect from top-tier e-commerce or mobile banking applications,” Spinner says. AccessOne supports these technologies with patient advocate contact center services, payments processing, and implementation and training services for providers.

The Pursuit of Incremental Improvements

The benefits for providers have been both substantial and measurable. Typical AccessOne clients have seen their reimbursement rates rise from below 50 percent to 80 to 90 percent. One reason for AccessOne’s success was the team’s willingness to constantly refine and improve the model. “Every time we have a big step up in our product platform, it has come after we deeply engaged with our health system clients in a joint effort to solve a patient ayments problem,” Spinner says.

In 2016, Dr. Salton stepped away from day-to-day operations, retaining his post as Chairman of the Board, and Spinner, with a background in healthcare, finance, and technology, joined the company as President and CEO. “The main factor in my decision to come aboard was that I felt good about the product and services AccessOne offers,” he says. “It was a clear-cut choice.”

Spinner’s mission is straightforward. “My charge is to take a management-owned regional business with an excellent product and story and transform it into an institutionally backed national leader in our category,” he says. Given its ambitions, it was particularly important for AccessOne to work with a lender capable of keeping pace with the company’s growth. In May 2018, Capital One tripled the size of its senior credit facility from $50 million to $150 million. “I’m not going to run out of capital,” Spinner declares. “We have a significant runway in front of us, and we are not going to take financing risks with a counterparty that can’t keep up.”

A Culture of Innovation

An equally important challenge is preserving the patient-centric, do-no-harm, entrepreneurial culture that has been the foundation of AccessOne’s success. As a reminder of these values, Spinner recently posted the blueprints for the Salton’s Williamson hospital in the company’s new headquarters. And he is making sure that his management team exemplifies the values that AccessOne stands for. “We are recruiting people, acquiring companies and doing a lot of things that are changing the dynamics of our workplace,” Spinner says. “While we are doing this, we are simultaneously making a special effort to ensure that our employees leave work each day proud of what they are doing.”

For as Spinner notes, focusing on the patient is the key to all the benefits that AccessOne provides. “As long as we can deliver new products, services, formats and technology to support patients, our healthcare system clients are going to prosper,” he says. “They are going to attract more patients, drive higher patient satisfaction, and significantly lower bad debt expense.”