BEIJING (Reuters) - Chinese President Xi Jinping on Wednesday laid out a confident vision for a more prosperous nation and its role in the world, stressing the importance of wiping out corruption and curbing industrial overcapacity, income inequality and pollution.

Opening a critical Communist Party congress, Xi pledged to build a “modern socialist country” for a “new era” that will be proudly Chinese and steadfastly ruled by the party but open to the world.

Although his wide-ranging address made clear there were no plans for political reform, Xi said China’s development had entered a “new era”, using the phrase 36 times in a speech that ran nearly 3-1/2 hours.

“With decades of hard work, socialism with Chinese characteristics has crossed the threshold into a new era,” Xi said.

The twice-a-decade event, a weeklong, mostly closed-door conclave, will culminate in the selection of a new Politburo Standing Committee to rule China’s 1.4 billion people for the next five years, with Xi expected to consolidate his control and potentially retain power beyond 2022, when the next congress takes place.

The 64-year-old Xi, widely regarded as the most powerful Chinese leader since Mao Zedong, spoke to more than 2,000 delegates in Beijing’s cavernous, red-carpeted Great Hall of the People, including 91-year-old former president Jiang Zemin. Security was tight on a rainy, smoggy day in the capital. 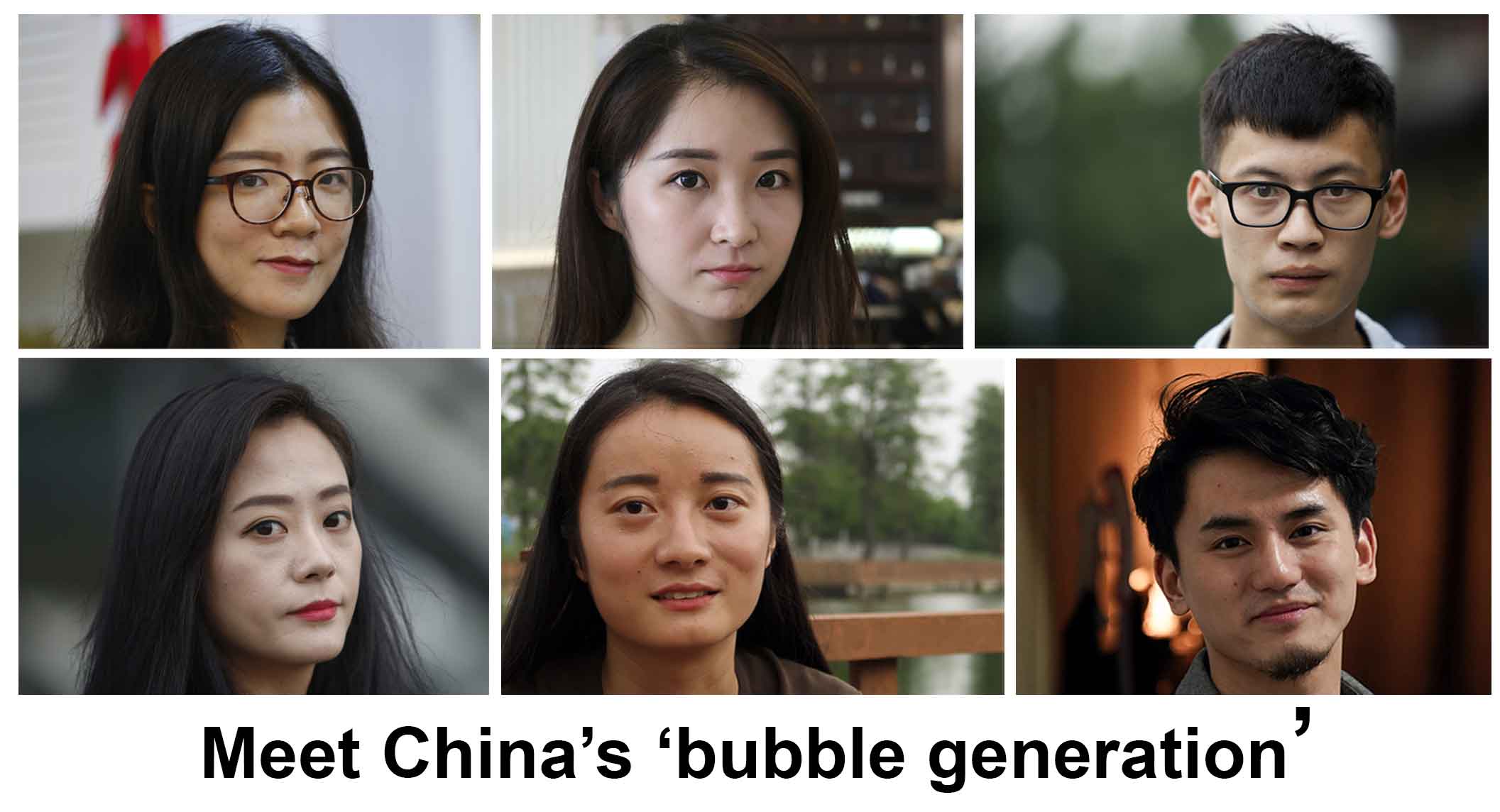 As expected, the speech was heavy on aspiration and short on specific plans.

On the economy, Xi said China would relax market access for foreign investment, expand access to its services sector and deepen market-oriented reform of its exchange rate and financial system, while at the same time strengthening state firms.

During Xi’s first term, China disappointed many investors who had expected it to usher in more market-oriented reforms, especially in the debt-laden state sector.

“If Xi gets the political mandate that he is expected to out of the congress, then my hope is that the state sector reforms actually get done,” Damien Ma, fellow and associate director at U.S. thinktank the Paulson Institute, told the Reuters Global Markets Forum.

“If not, then I would also revise my assessment of the state of reforms in China. There have been talks in Beijing that the state sector will be a focus after the 19th party congress, so we need to see.”

The European Union Chamber of Commerce in China said it welcomed commitments to open wider the door and treat all companies equally, but said European companies operating in China continued to suffer from “promise fatigue”.

“The only cure for this is promise implementation,” it said in a statement.

In what was probably an indirect reference to U.S. President Donald Trump’s “America First” policy, Xi promised that China would be fully engaged with the world, and reiterated pledges to tackle climate change. Trump this year opted to withdraw the United States from the Paris climate pact.

“No country can alone address the many challenges facing mankind; no country can afford to retreat into self-isolation,” Xi told the delegates, among them Buddhist monks, Olympic medallists, farmers and at least one astronaut.

Xi set bold long-term goals for China’s development, envisioning it as a “basically” modernised socialist country by 2035, and a modern socialist “strong power” with leading influence on the world stage by 2050.

But he signalled there would be no significant political reforms, calling China’s system the broadest, most genuine, and most effective way to safeguard the interests of the people.

Xi has overseen a sweeping crackdown on civil society, locking up rights lawyers and dissidents and tightening internet controls as he has sought to revitalise the Communist Party and its place in contemporary China.

“We should not just mechanically copy the political systems of other countries,” he said. “We must unwaveringly uphold and improve party leadership and make the party still stronger.”

Xi praised the party’s successes, particularly his high-profile anti-graft campaign, in which more than a million officials have been punished and dozens of former senior officials jailed, saying it would never end as corruption was the “gravest threat” the party faces.

On self-ruled Taiwan, claimed by Beijing as its own, Xi said China would never allow the island to separate from China, adding that China would strive to fully transform its armed forces into a world-class military by the mid-21st century.

He made no mention of neighbouring North Korea, which has angered Beijing with repeated nuclear and ballistic missile tests in defiance of U.N. sanctions. Pyongyang sent a congratulatory message ahead of the meeting.

Xi has consolidated power swiftly since assuming the party leadership in 2012, locking up rivals for corruption, restructuring the military and asserting China’s rising might on the world stage.

Focus at the congress will be on how Xi plans to use his expanded authority, and moves to enable him to stay on in a leadership capacity after his second term ends in 2022.

That could include resurrecting the position of party chairman, a title that would put him on par with Mao, the founding father of modern China.

“In all aspects he is on the right track to be our next Chairman Mao,” Su Shengcheng, a delegate from the northwestern province of Qinghai, told Reuters. “He will lead the party and Central Committee to continue its way to success.”

As with other major set-piece events in the capital, Beijing has been blanketed with security in the run-up to the congress, with long queues of passengers at some subway stations waiting to go through metal detectors and be patted down.

Large red banners plastered around Beijing trumpet the congress, while censors have stepped up already tight monitoring of the internet.

The disabled features are sporadically used to show solidarity for popular social and political causes.