Data Dive: If there is a war on Christmas, Christmas is winning

Christmas: Not just for Christians anymore.

Some 81 percent of non-Christians in the United States celebrate the holiday, according to the Pew Research Group. That includes 76 percent of Asian-American Buddhists and 73 percent of Hindus. About 32 percent of U.S. Jews have a Christmas tree in their home. 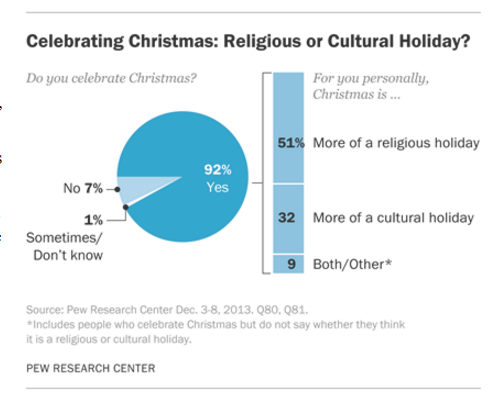 So what about nativity scenes on government property? Does this run afoul of the First Amendment? Should other religions be allowed to display their religious symbols? Turns out 44 percent of Americans say that Christian symbols like nativity scenes should be allowed on government property even if they're not accompanied by symbols from other religions. Where that leaves atheists, Satanists and Pastafarians is yet to be decided in court. 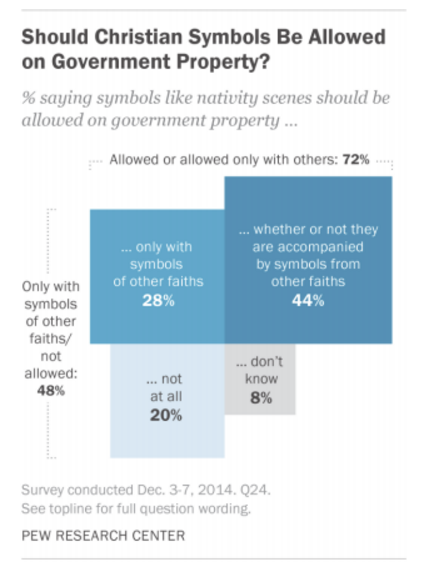