The Trump administration is on the precipice of making a major – and little-noticed – mistake in its foreign policy. As Reuters recently reported, the White House is preparing to shift oversight of the sale of American-manufactured small arms from the diligent State Department review process to the business-friendly Commerce Department. By loosening the inter-agency guidelines in an attempt to boost America’s share in the global marketplace, the Trump administration runs the risk of fueling the civil wars currently bringing misery to millions worldwide.

A Libyan fighter at the frontline of the fight against Islamic State militants in Ghiza Bahriya district in Sirte, Libya November 9, 2016. REUTERS/Ismail Zitouny

The aim of this policy is to enable U.S. weapons manufactures to sell their products overseas quickly by trimming the bureaucratic red tape now governing the export of non-military grade weapons and ammunition. According to the Reuters report, the new plan would mean that commercial gun exports would no longer be given the same scrutiny as missile and fighter jet sales, which often require congressional approval. The shift would also move weapons like assault rifles and handguns from the State Department’s tightly-restricted Munitions list to the Commerce Control Lists, which allows for more streamlined licensing for international sales. While the administration has explained these new procedures as a logical extension of a U.S. president who is solidly pro-business, the transfer of authority from Foggy Bottom will have unintended and damaging foreign policy repercussions.

In contrast to the significant decline in major conventional conflicts over the last 50 years, unconventional conflicts within a sovereign state’s territory, such as the current war in Syria, have become the new normal. Small weapons like AK-47’s assault rifles, Kalashnikovs, sniper rifles, and low-grade explosives are used in most of these confrontations. Indeed, the ease with which a combatant with little military training can use semi-automatic weapons on the battlefield is part of the weapons’ appeal.

Bryce Covert: The tax reform that Republicans are missing

Light arms have many advantages for guerilla armies: an AK-47 is a lot cheaper than a tank, a missile defense system, or a fighter aircraft and it can be smuggled across porous borders. As Senators Ben Cardin, Patrick Leahy, and Dianne Feinstein wrote in a letter to Secretary of State Rex Tillerson in opposing the new rules, the civil wars and rebellions currently taking place are being fueled by the illegal sales of what many Americans would categorize as sports rifles or hunting equipment.

Relaxing the rules on small arms exports is counterproductive to the U.S. objective of de-escalating these conflicts. The new administration policy has the potential to squander the inclusive diplomatic processes Washington has encouraged in order to promote peaceful approaches to conflict resolution in states as varied as South Sudan, Ukraine, and Colombia. Multiple agencies and departments within the U.S. government would in effect be working against one another, with the State Department hoping to end the very hostilities that are sustained by American-manufactured weapons.

Washington would not be deliberately arming combatants in a civil war, but the handguns and assault rifles American firearms manufacturers sell on the open market could find their way to a conflict zone through smuggling and diversion. In one highly-publicized case last year, corrupt Jordanian intelligence officers sold a cache of rocket-propelled grenades and Kalashnikov rifles that were destined for the moderate Syrian opposition to arms merchants on the underground market. The FBI later determined that one of those weapons was likely to have been responsible for the shooting deaths of two American contractors in Jordan that same year. 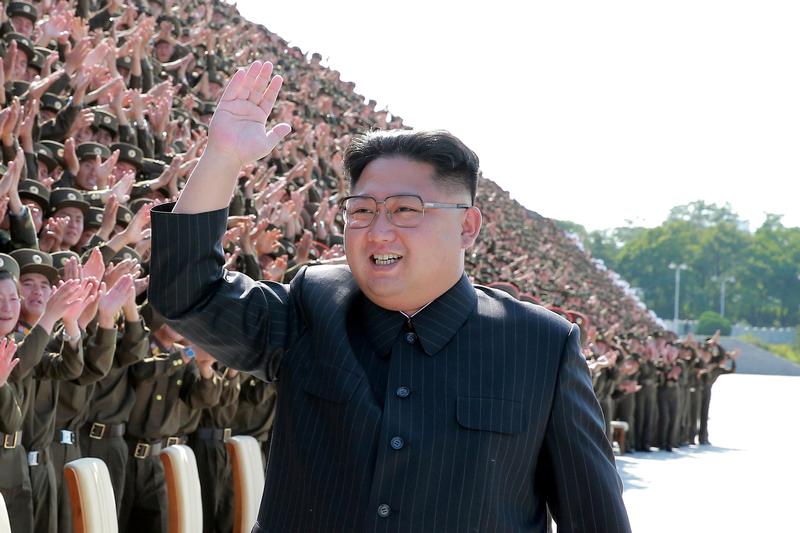 The civil war in Libya illustrates the insecurity that can result when governments send weapons into a conflict zone without crafting the necessary oversight and security measures that help prevent them from being sold off elsewhere. During the 2011 armed rebellion against Libyan dictator Muammar Gaddafi, Washington's Arab partners – with the secret blessing of the Obama administration – delivered military assistance to the rebels trying to oust the regime. While the military aid helped to drive Gaddafi from power after eight months of combat, that same equipment eventually helped fuel the civil war still ravaging Libya. Libyan militias previously concerned with overthrowing Qaddafi began stockpiling arms to increase their political leverage for later internal battles. The availability of weapons in Libya remains so overwhelming that U.N. experts have categorized the North African country as a regional weapons bazaar. Weapons that were sent into the country to aid the Libyan rebellion have been diverted to other regional conflicts, either through arms smuggling across lightly defended borders or through illicit arms deals. African officials claim that some of these arms likely assisted the jihadist Boko Haram group to recover after serious territorial losses against the Nigerian army.

According to the Small Arms Survey, the United States is already the world’s top exporter of small arms, having reached a total of $1.1 billion in 2014. While this figure is small compared to the far larger conventional weapons contracts U.S. defense manufacturers sign every year, the possibility that even a fraction of these commercial weapons could leak into a conflict zone would have a deeply negative impact.

The question is whether the monetary benefits that are likely to result from the administration’s new rules are enough to compensate for the instability and violence that are likely to increase with more small arms available for sale around the world. The ease with which U.S. arms companies will now be able to export their products may be terrific from a business perspective. But from the standpoint of international peace and security, this policy is a dangerous gamble for the White House to take.

(Daniel R. DePetris is a foreign policy analyst based in New York City. The opinions expressed here are his own. @DanDePetris.)