BERLIN (Reuters) - Forty percent of Germans want Chancellor Angela Merkel to resign over her refugee policy, a poll showed on Friday, in a sign of rising dissatisfaction with her welcoming stance towards people fleeing conflict and economic hardship in the Middle East and Africa.

Merkel, who enjoyed record high popularity ratings early last year, has grown increasingly isolated in recent months as members of her conservative bloc have pressed her to take a tougher line on asylum seekers and European allies have dragged their feet on the issue.

Responding to popular pressure, Merkel’s conservatives and their left-leaning Social Democrat (SPD) coalition partners agreed on Thursday to tighten asylum rules, reaching a compromise on how to stem the influx of migrants. 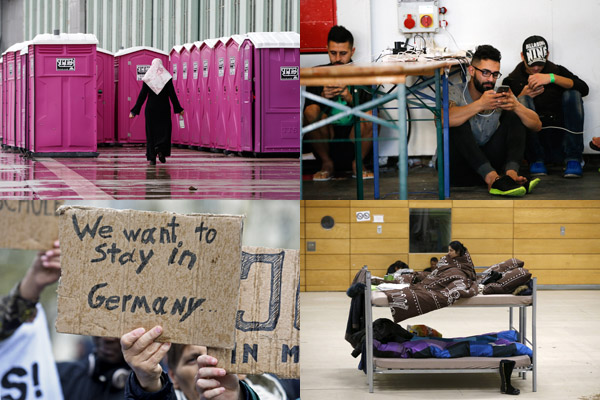 The Insa poll for Focus magazine surveyed 2,047 Germans between Jan. 22 to Jan. 25. It showed 45.2 percent believed Merkel’s refugee policy was not a reason for her to resign. It was the first time the pollster had asked voters whether Merkel should quit.

Another poll released on Friday, by the Elector Research Group, showed support for Merkel’s conservative bloc steady at 37 percent. As recently as September, they were on 42 percent. Support for the SPD was also unchanged, at 24 percent.

The poll put the right-wing Alternative for Germany (AfD), which supports a hard line on immigration, on 11 percent.

The three ruling parties - Merkel’s Christian Democrats, their Bavarian allies, and the SPD - are eager to show voters that the government is in control of the refugee crisis before three state votes in March and a general election next year.

A dispute over tighter immigration rules has nonetheless been straining the ruling coalition.

Merkel has also faced criticism from other European Union countries for her stance on migration, including from Italian Prime Minister Matteo Renzi who she meets later on Friday.