It's not just the VIX - low volatility is everywhere

LONDON (Reuters) - The current slump in expectations of market volatility is not just a stock market phenomenon -- it is the lowest it’s been for years across fixed income, currency and commodity markets around the world.

It shows little sign of reversing, which means market players are essentially not expecting much in the way of shocks or sharp movements any time soon. It’s an environment in which asset prices can continue rising and bond spreads narrow further.

The improving global economy, robust corporate profitability, ample central bank stimulus even as U.S. interest rates are rising, and some fading political risk from elections have all contributed to create a backdrop of relative calm.

There is little evidence of investors hedging -- or seeking to protect themselves -- from adverse conditions.

It is most notably seen in the VIX index of implied volatility on the U.S. S&P 500 stock index, the so-called “fear index”.

The VIX, meanwhile, has dipped to lows not seen since December 2006, is posting its lowest closing levels since 1993, and is on a record run of closes below 11. By comparison, it was at almost 90 at the height of the financial crisis.

Not much current “fear”, then.

Implied volatility is an options market measure of investors’ expectation of how much a certain asset or market will rise or fall over a given period of time in the future.

It and actual volatility can quickly become entwined in a spiral lower because investors are less inclined to pay up for “put” options -- effectively a bet on prices falling -- when the market is rising.

If a shock does come the cost of these “puts” would shoot higher as investors scramble to buy them. Surging volatility is invariably associated with steep market drawdowns.

According to Deutsche Bank’s Torsten Slok, an investor betting a year ago that the VIX would fall -- shorting the index -- would have gained around 160 percent today. Conversely, an investor buying the VIX a year ago assuming it would rise would have lost 75 percent.

None of the huge political surprises of the past 12-18 months -- from Brexit to Donald Trump -- have managed to puncture the steady gain in risky assets, pushing actual volatility ever lower.

This phenomenon is playing out in major stock markets and the ripple effects are being felt in all asset classes. 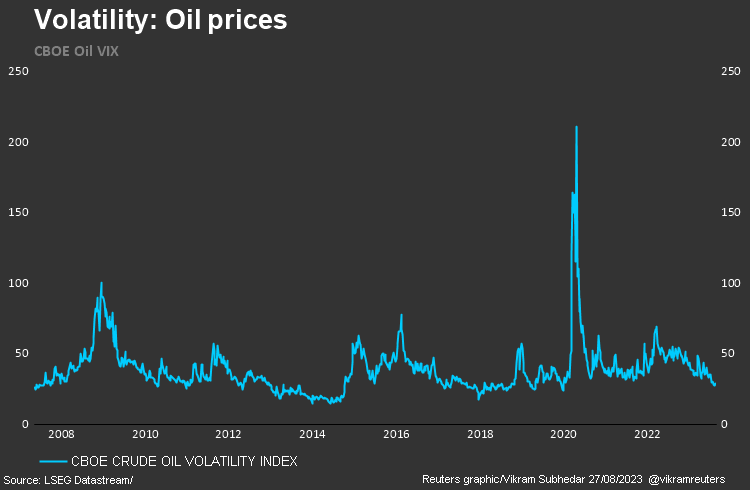 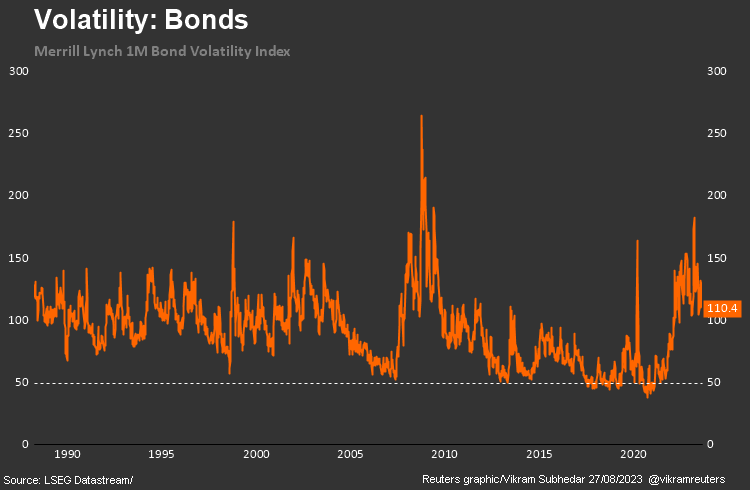