Commentary: Middle Europe turns its back on the EU

In the Oct. 15 Austrian elections, the 31-year old head of the conservative Austrian People’s Party took his formerly languishing party to victory and secured the chancellorship for himself. Sebastian Kurz is on course to be the youngest leader in the developed world. His first big decision will be whether or not to form a coalition with the far-right Freedom Party, which came in a virtual tie for second place with the center-left Social Democrats.

Kurz said in post-election interviews that his government would be “pro-European” and intolerant of any anti-Semitism, with which the Freedom Party has been strongly associated – though now softened by its present leader, Heinz-Christian Strache, who has shifted from general xenophobia to a focus on opposing Muslim migration.

Kurz wants stronger borders and drastic reductions in immigration. He agrees with Strache that “several hundred people have made their way from Austria to fight and murder for the Islamic State … (there is) no place for radical thought and political Islam.”

Kurz’s win is remarkable for his youth and his refurbishment of a fading party, but it’s in tune with the rest of a rising anti-European Union mood in Middle Europe. That mood is likely to be strengthened in the outcome of this weekend’s elections in the Czech Republic. There the ANO ("Yes") center-right party is the likely winner. Its leader, the billionaire industrialist and media owner Andrej Babis, 63, would be the natural choice as prime minister – assuming that legal action threatened against him doesn’t halt his rise. At a conference in Prague last month in which I participated, Babis said that “Europe is failing on security” and that, if the 17 countries using the euro (the Czechs do not) integrate further – “we will be out. We do not need further integration.” Babis knows his fellow citizens: only small minorities are enthusiastic Europeans, or wish their country to join the common currency zone.

A swing against the European Union was not what the end of communism in the region was supposed to ordain. The Czech Republic, like the other former Communist states, sloughed off the Soviet yoke in the late 1980s with an affirmation of freedom. In Czechoslovakia (as it then was), the stubborn dissident writer Vaclav Havel invoked “the power of the powerless” – and in 1989, a few years after being released from powerless detention in prison, won power as president of his country.

Havel saw the central European states as returning to their natural European home, after decades of icy post-war imprisonment in the Soviet bloc. But that home has become one of disputes and mutual disappointment, not of amity. Freedom from communism has, indeed, meant the creation of electoral democracy, of varying degrees of strength and transparency. But it’s also meant corruption in politics and business – bribery was pervasive in the Communist era, but relatively small scale compared to today - periods of high unemployment, a growing suspicion of the European Union as an alien force (though a careful retention of its subsidies) and a strong dislike of immigration, which has meant closed borders and a refusal to participate in the EU’s migrant resettlement program. In the Czech Republic, a new ferociously anti-immigrant and anti-Islam party, headed by Tomio Okamura, a citizen of half-Czech and half Korean-Japanese ancestry has leapt to fourth place in the opinion polls.

Central Europe is now deeply and popularly conservative. Austria, geographically part of it even if it escaped the Soviet embrace, is now more politically in tune with its neighborhood than it has ever been. Indeed Kurz spoke in a Financial Times interview of his wish, if and when chancellor, to be a “bridge” between the post-communist states and the EU — while sharing many of the former’s concerns.

Building that bridge is going to be a tough job. The countries in which Havel placed so much importance as an enthusiastic addition to Europe – the Czech Republic, Hungary, Poland and Slovakia – no longer find much common ground, except in agreeing to keep out immigrants. Babis says the group, known as the Visegrad Four, is no longer useful. All of its member states have become more closed and hostile to the EU, but in different ways.

Poland differs most strongly in one sense: in a generally pro- Moscow grouping, it is unremittingly hostile to Russian President Vladimir Putin, whom Jaroslaw Kaczynski, head of the ruling Law and Justice Party, blames for the death of his brother Lech, with other members of the Polish elite, in a plane crash in Russia. Under Kaczynski’s guidance, the Polish government has sought ever-greater control over the justice system and the media, all the while attacking liberal institutions and framing the EU as an external and unwelcome influence which must be defied.

Hungary, with the authoritarian Viktor Orban at the head of a rightist government, combines strong antagonism to the EU, a close relationship with Vladimir Putin’s Russia and a paranoia which has given rise to a clamorous campaign  with anti-Semitic undertones centered on the figure of the liberal, Jewish Hungarian-born billionaire George Soros, who funded many of the institutions and rising politicians in post-Soviet Hungary – including Orban himself. Soros’ largest contribution, the creation of the highly regarded Central European University, is now under threat of closure. 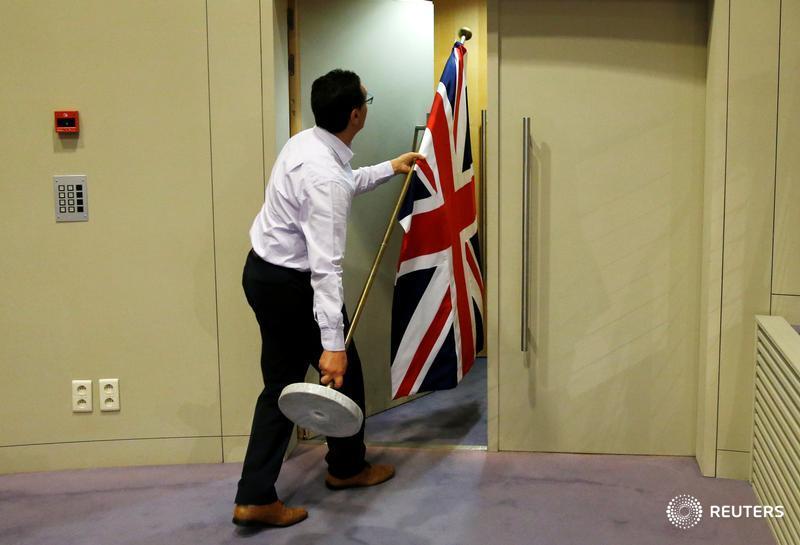 The veteran Hungarian-Austrian journalist Paul Lendvai, author of a new, fiercely critical biography of Orban, told me that the Hungarian prime minister “is deeply cynical and very skillful. He has imposed his power everywhere. The left is split and demoralized; the only opposition he fears is from Jobbik” – a far-right anti-Semitic, anti-immigrant, anti-Romany party that is now, like the Austrian Freedom Party, softening its image to seek a possible future place in a coalition.

The Middle Europeans have, in part, done what the democratic world urged them to do: they have developed an independent politics. But increasingly, their dominant political sentiment is antithetical to, even contemptuous of, the liberal, pro-integrationist ideals of the European Union. These ideals, which Havel would have recognized, are now best expressed by President Emmanuel Macron of France. But, as German Chancellor Angela Merkel, once the EU’s undisputed leading actor, begins what is billed as a long negotiation to form a governing coalition after her failure to win an outright majority in Germany’s recent election, she can no longer offer the Frenchman the support on which he counted.

The EU is now caught between a Brexit-ing Britain – with which negotiations are not going well – and an increasingly disenchanted group of Middle Europeans. The relief with which the defeat of the far-right in France and the Netherlands was greeted earlier this year was premature. A determination to close borders, to oppose more powers for Brussels and reluctance to accept its authority grows and spreads – and renders the European dream of unity, for the moment, impossible.

John Lloyd co-founded the Reuters Institute for the Study of Journalism at the University of Oxford, where he is senior research fellow. Lloyd has written several books, including “What the Media Are Doing to Our Politics” and "Journalism in an Age of Terror". He is also a contributing editor at the Financial Times and the founder of FT Magazine.