NEW YORK (Reuters) - Warren Buffett and Bill Gates have nothing on Jacob Fugger, a German financier during the Renaissance who monopolized the silver business, became the banker of kings, convinced the papacy to legalize moneylending and paved the way for today’s bond market.

At the height of his career in the 16th century, Fugger (rhymes with “cougar”) accumulated a fortune amounting to a significant portion of Europe’s economic activity. And, yet, few people have ever heard of him.

A new book about Fugger, “The Richest Man Who Ever Lived,” includes the money lessons for investors. Below is an edited interview with the book’s author, Greg Steinmetz, who is a securities analyst and former journalist in New York. 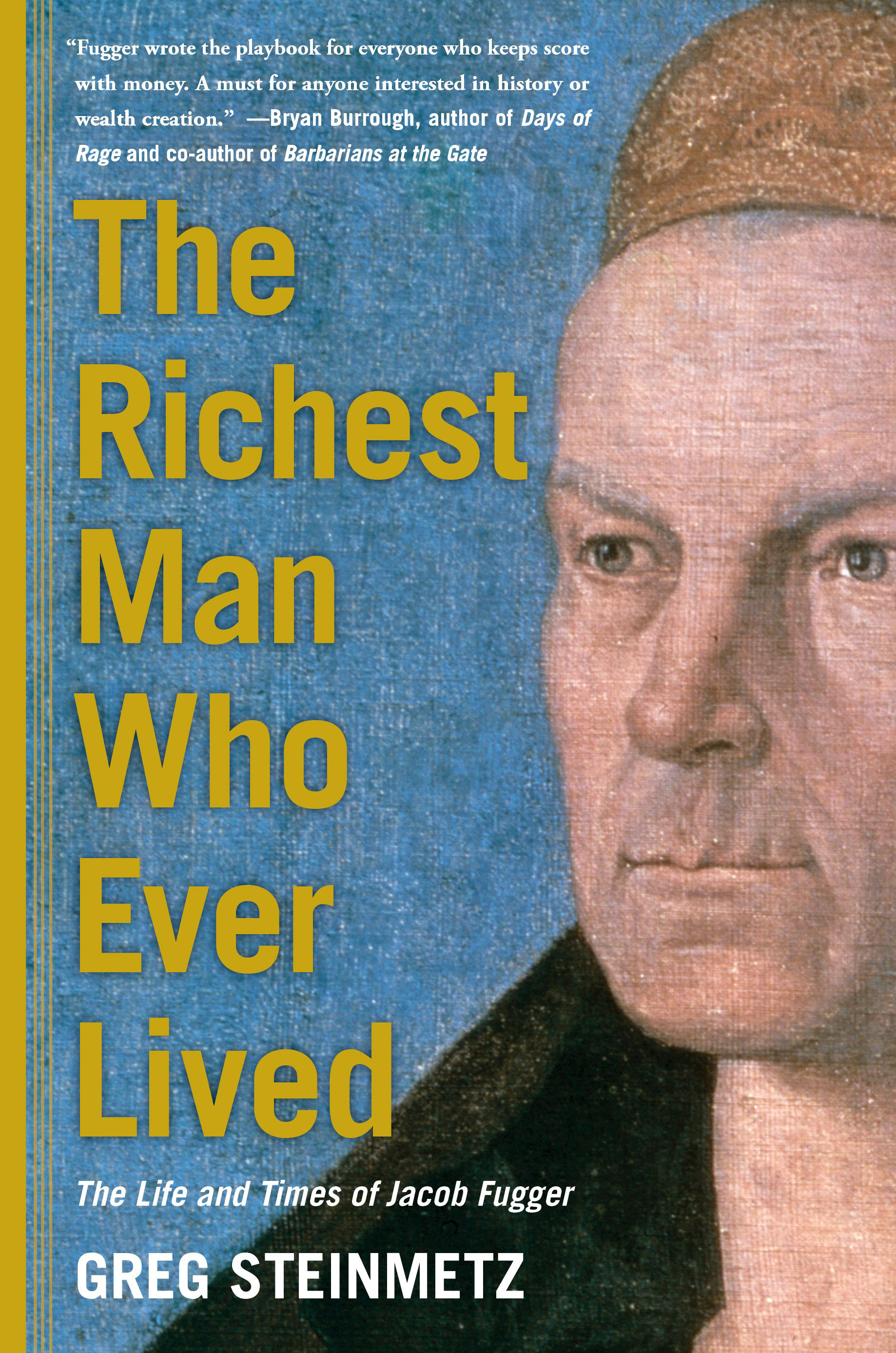 The cover of the Greg Steinmetz book "The Richest Man Who Ever Lived" is seen as provided by publishers Simon & Schuster. REUTERS/Simon & Schuster/Handout via Reuters

Q. What impact did Fugger make on the long-term world of money?

A. Before Fugger came along, Christians could not legally charge interest on loans. That’s why the Jews were the moneylenders. It’s in the Book of Luke that one should loan without expecting anything in return. The church enforced that.

Christian lenders such as the Medicis got around this by calling interest a penalty or handling fee. It made lending cumbersome.

Fugger said enough of that. He orchestrated a lobbying campaign with the Vatican. The pope came around and said if you are a lender taking risks, it is fair to charge interest.

Q. What money lessons can we learn from Fugger?

A. Fugger had nerves of steel. Although he had great instincts, those instincts were always backed by superior information. He was one of the first businessmen north of the Alps to use modern accounting – he always had a firm grasp of the numbers. He could see the big picture better than any of his competitors. Investors today don’t look at the numbers, let alone the footnotes of a 10-K, an annual report of a company’s revenue and profits..

In addition, Fugger did not bail out at the first sign of trouble. The most common mistake that investors make is to sell low and buy high.

Finally, he could always add value for his customers. He made himself indispensable. That kept him in the game.

Q. What was his biggest money mistake?

A. There are a few failures. Some shipping deals didn’t work out. The King of Spain raised money from investors to send a fleet to India. Fugger invested in the venture, and the ships never came back. He got the big things right, though.

The interesting thing about him is he just went from success to success. A rival of his had a bank - he was in mining like Fugger was - but he made a disastrous attempt to corner the mercury market and ended up dying in debtors’ prison.

Q. Would Fugger have been a good hedge fund manager?

A. Some people just have a gift for making money. He had the gift. The first large investment he made was not only with his money and family’s money, but also with money from friends. How he convinced them that an unproven entity could make a massive bet on Austrian silver is beyond me.

He must have had a tremendous ability to instill confidence in people. Unfortunately, he didn’t leave a diary. The evidence I relied on is fragmentary, including his accounting statements and letters to customers and creditors.

Q. Did he actually enjoy his money?

A. Fugger had the biggest house in Augsburg, Germany, wore furs and got driven around in coach with 12 horses. It was important to make show of wealth to demonstrate to customers and lenders that he had a lot of money.

There was a perception game in those days that symbols mattered more than they do today. You couldn’t look at a proxy and see he owned 100 percent of a company. The outward trappings of wealth mattered a great deal.

A. He worked all the time, but for him, like Buffett, work was fun. Buffett says he tap dances to work every day because he loves it. I don’t know for sure, but Fugger was made of the same stuff. He worked until his dying breath in 1525 at the age of 66.