A note about our North Korean coverage

Developments over the past year in North Korea have unquestionably been alarming. The secretive socialist country – the only one in the world whose rulers have handed down power from father to son – has demonstrated increasingly powerful military capabilities that reach far beyond its borders. And as Donald Trump and Kim Jong Un have traded escalating insults and threats in recent months, the situation has become more volatile than ever.

Reuters has tracked the region for more than a century – since 1866 in fact. That experience is helping our reporters today as they look beyond shows of military power and hot tweets to uncover some of the forces that are driving events and report them without fear or favor. We have reported on the people around Kim Jong Un, including his rocket stars – the trio behind North Korea's missile program, his quietly affable foreign minister, and his cyber-warfare cell that piggybacks on the internet connections of other countries to disrupt, steal and infiltrate foreign systems. 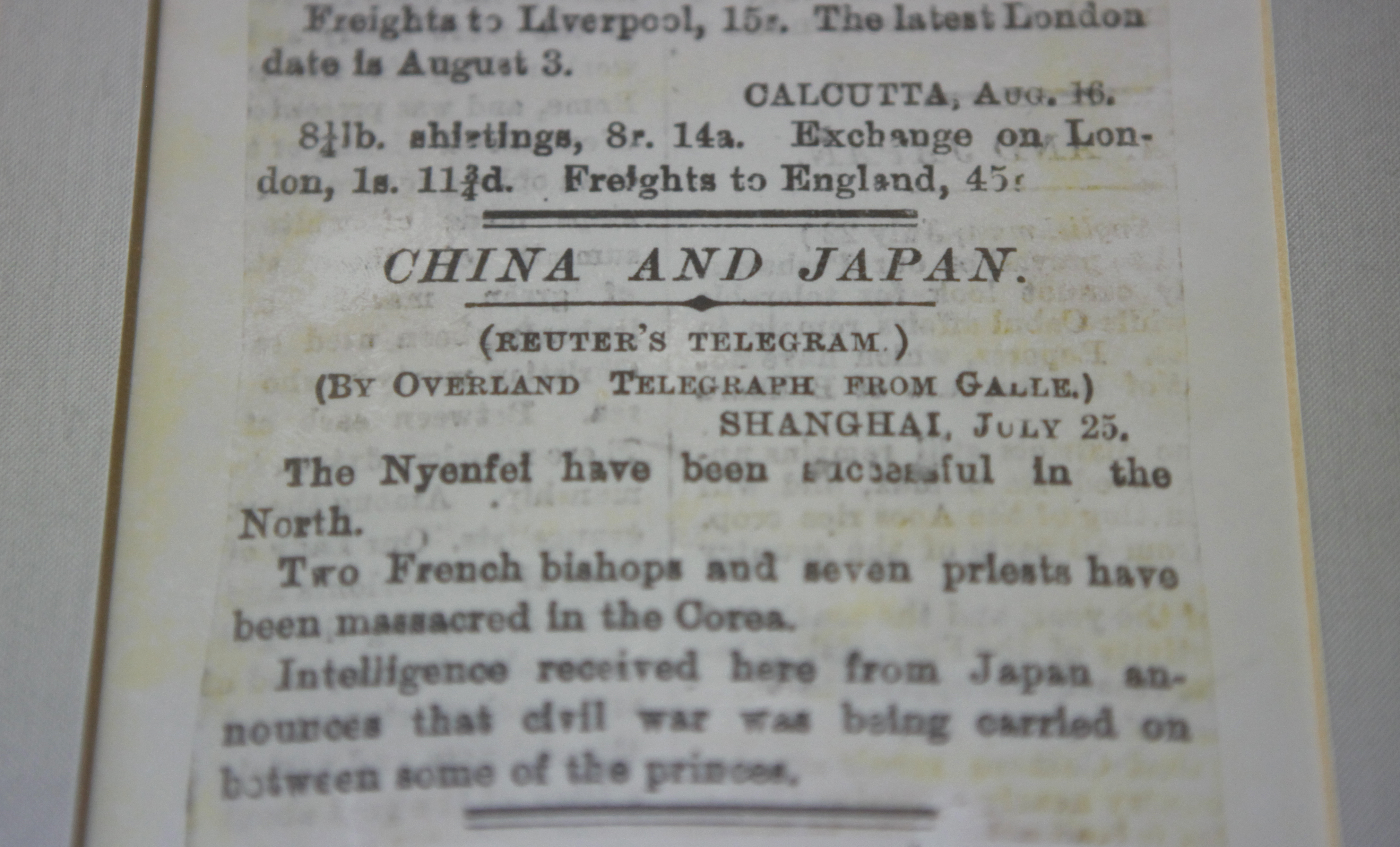 The first "Reuters telegram" to mention "Corea" dates back to 1866 and is displayed on the wall of our Seoul bureau. REUTERS/Hong-ji Kim

Today, we are launching a dedicated section to pull together our news and in-depth multimedia coverage. We have pages on life in North Korea, the country’s relations with the rest of the world, its missile program, and the economic sanctions that have been imposed on it. We show, through a suite of interactives, how North Korea has accelerated weapons programs despite supposedly being restrained by sanctions. And we look at various ways North Korea raises cash and skirts the impact of sanctions – for instance, through a front company that U.N. experts suspect is run by North Korean intelligence agents in Malaysia to sell battlefield radio equipment, a Malaysian conglomerate that funneled cash to Pyongyang and even the paintings produced by thousands of North Koreans.

Millions of people live on the North Korean side of the border, their lives shrouded in secrecy and their interaction with the outside world tightly controlled. But their stories are worth striving to tell. With deep reporting, photos, video and immersive interactive graphics, we want to report the real, uncensored stories of North Korea’s people.

We’re kicking off the section with a fresh insight into a North Korean city, in a story that lays out some of the more surprising political calculations that Kim makes. He wants to expand a seaside resort into a tourist hotspot, but at the same time he tests missiles, tanks and guns on the beach.

There’s more to come. Join us on our journey into the life of North Korea.