(Reuters) - In North Korea’s effort to become a nuclear power capable of striking the United States and its allies, leader Kim Jong Un has telegraphed what his scientists and weapons experts are achieving. Over the past two years, the country has moved from a fledgling nuclear program to possessing hydrogen bomb technology and the ability to at least strike the U.S. Pacific territory of Guam.

In just the past two weeks, the isolated nation has fired a missile over Japan, one of Washington’s biggest allies in the region, and tested what it called a hydrogen bomb.

Most Western experts accept that North Korea is close to putting a nuclear warhead on an intercontinental ballistic missile (ICBM) that can reach the continental United States, but this has not been independently verified.

Here are 10 of the major steps leading to the standoff between North Korea and the United States.

Jan. 6, 2016: After four years in power, Kim Jong Un says his country can produce a hydrogen bomb, the first step toward a nuclear weapon that could target the United States. The nation tests a device, but Western experts are not convinced it is a genuine hydrogen bomb.

Feb. 7, 2016: North Korea sends up a satellite. The United States calls this a disguised test of an engine powerful enough to launch an ICBM. 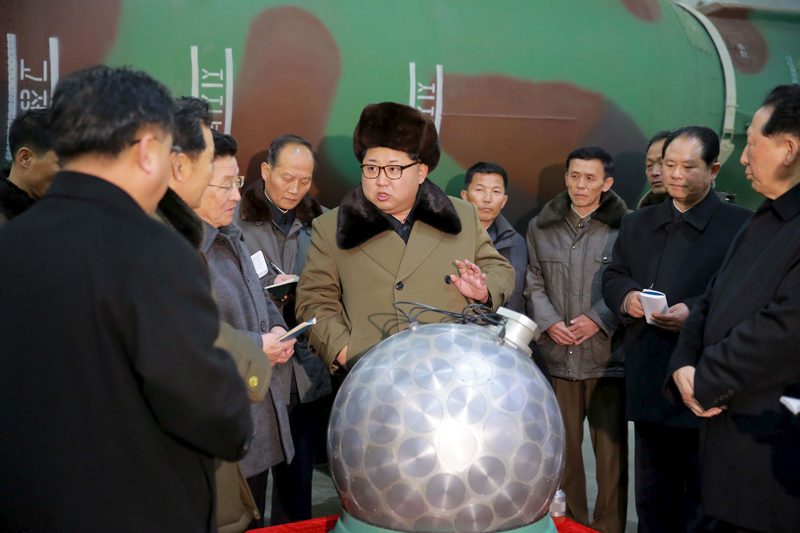 March 9, 2016: North Korea claims it can miniaturize a nuclear device to fit onto a missile.

June 23, 2016: North Korea says it has successfully tested an intermediate range ballistic missile (IRBM), with a range of 2,000 to 3,400 miles. Kim Jong Un claims the country can now attack “Americans in the Pacific operation theater,” including the territory of Guam.

Sept. 9, 2016: North Korea conducts its fifth and largest nuclear test on the anniversary of the country’s founding. It says it has mastered the ability to mount a warhead on a ballistic missile.

April 15, 2017: North Korea reveals a new ICBM design, displaying the missiles at a military parade to mark the birthday of founding leader Kim Il Sung. Within three months, the missiles are tested.

July 4, 2017: North Korea tests an ICBM for the first time, saying it can launch a missile that can reach the continental United States. The missile, Hwasong-14, is tested again three weeks later, this time in a night launch.

Aug. 8, 2017: North Korea’s army threatens to fire missiles toward Guam in an “enveloping fire.” The message comes hours after President Donald Trump warns Pyongyang that it will be “met with fire and fury” if North Korea does not stop threatening the United States. 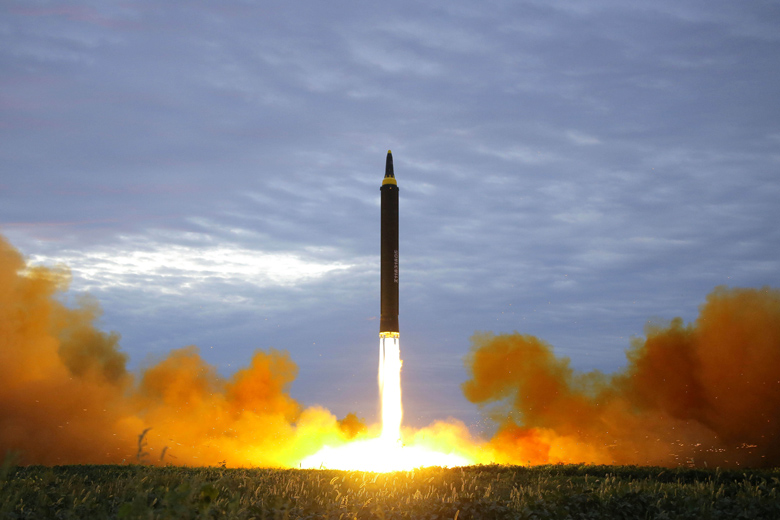 Aug 29, 2017: North Korea fires an intermediate range missile over northern Japan, prompting warnings to residents to take cover. The missile falls into the Pacific Ocean, but sharply raises tensions in the region. 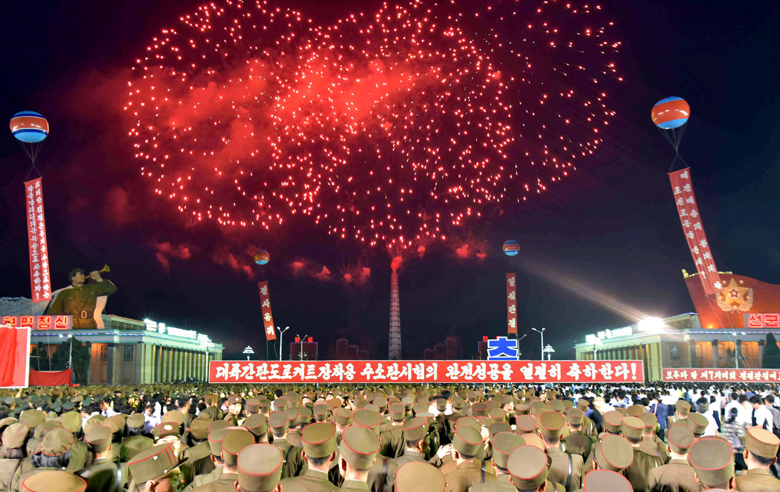 Sept 3, 2017: North conducts its sixth and most powerful nuclear explosion and says it has tested an advanced hydrogen bomb for a long-range missile. U.S. President Donald Trump described North Korea as a “rogue nation” and said its actions “continue to be very hostile and dangerous to the United States”.