SEOUL (Reuters) - North Korea is a militarized, male-dominated society, but it is women who are making the money as the insular nation allows an unofficial market-based economy to take shape.

Women earn more than 70 percent of household income in North Korea, mainly as traders in the informal markets that have proliferated in recent years, research by the South Korean government-run Korea Institute for National Unification (KINU) found. 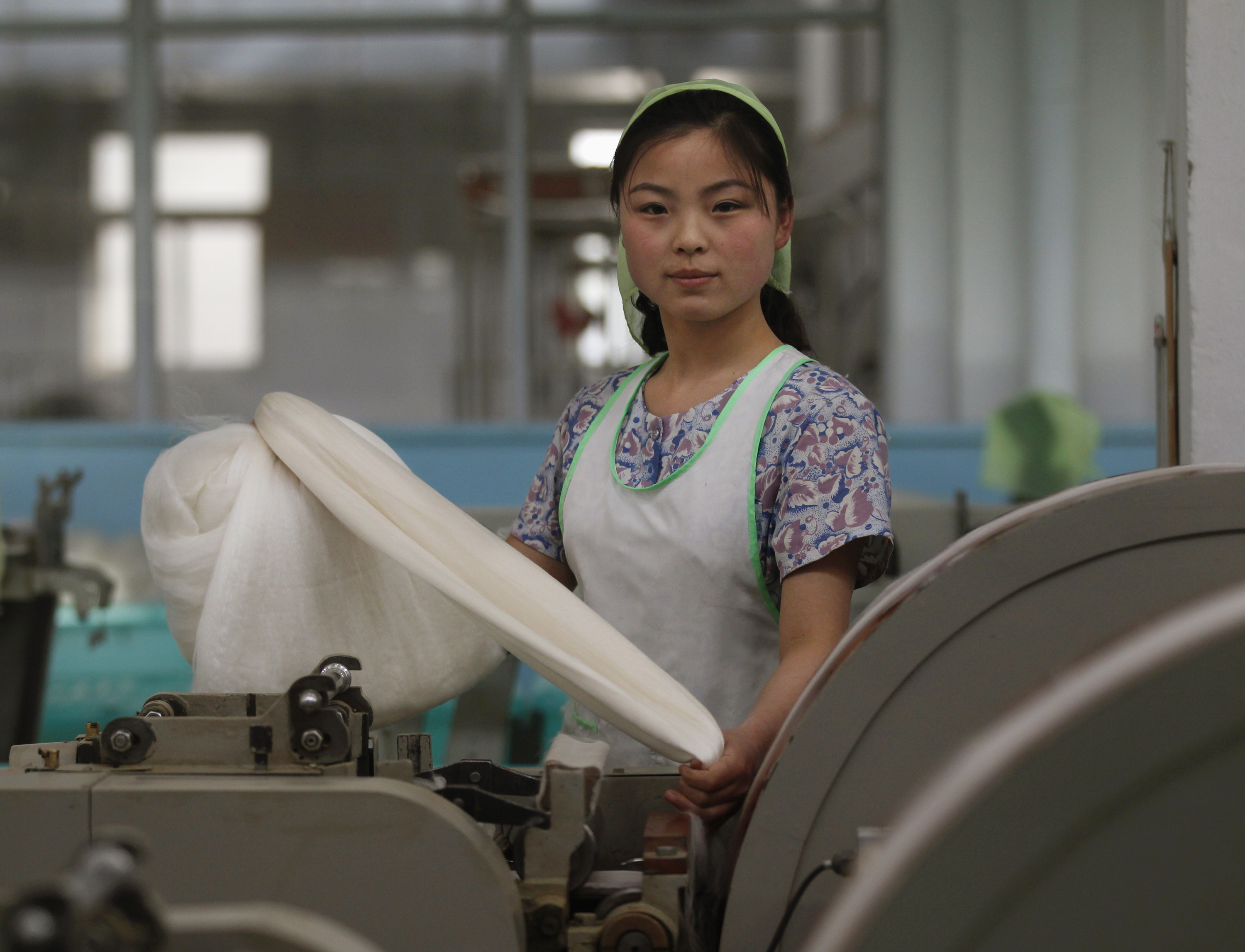 That is despite women making up only about half of the 12 million economically active North Koreans, experts say. Most men are stuck in state jobs that pay little or serve in the army.

“We North Koreans say men are fighting on the socialism front but women are fighting in the battle of life,” said a 26-year-old surnamed Jung who fled to South Korea in 2012 and regularly sends money north to support her mother’s gray-market business raising pigs and selling corn-based alcohol.

“There are no state provisions and my father has an unpaid job, which he must do almost as a duty,” said Jung, a college student in Seoul who asked that her full name not be used to protect her family members still in the North.

The North’s centrally-planned economy has not recovered from the collapse of the Soviet Union, Pyongyang’s economic and military backer during the Cold War. That was followed by a devastating famine in the 1990s that killed an estimated 800,000 to 1.5 million people, when women began selling foraged mushrooms and scrap copper cable to feed their families.

With state rations a distant memory, North Koreans have increasingly turned to the informal economy to support their families, and women are playing a disproportionately active role.

Still, men dominate North Korea’s military and government, which command absolute power in the nation of 24.5 million. The only women seen in the upper echelons of Pyongyang’s current elite are both relatives of leader Kim Jong Un - his sister Kim Yo Jong and his aunt Kim Kyong Hui, the sister of late leader Kim Jong Il.

The gray market economy is not strictly legal but is widely tolerated, with corrupt officials among its main participants.

Traders who set up stalls in some of the roughly 400 markets that have sprung up around the country pay a stall tax to party officials, according to refugees and experts.

The money earned by most independent traders is not big.

A survey of 60 women who defected from impoverished North Korea in 2011 and 2012 by the Citizens’ Alliance for North Korean Human Rights found many of them earned informal monthly incomes of 50,000 to 150,000 North Korean won per month, or about $6 to $18 at current black market rates tracked by Daily NK, a Seoul-based website. By comparison, state jobs pay 2,000-6,000 won a month - less than the 8,490 won cost of a kilogram of rice in the city of Hyesan, according to Daily NK data.

Most defectors come from the rural northeast and traders in urban areas are believed often to earn far more.

Reuters cannot independently verify data on employment or incomes as North Korea, one of the most closed nations in the world, does not release economic statistics and a majority of North Koreans participate in informal work.

Some of the most eligible bachelors in North Korea nowadays are the party cadres who supervise the marketplaces, women defectors in Seoul say.

“If you want to live better up there, you’d better be a woman selling stuff in markets or marry a man who lives on bribes or taxes from these women at markets, or works for the regime’s trading firms,” said Kim Min-jung, a defector who runs a matchmaking service for 1,500 women who left the North.

North Korean women, Kim said, complain that men there are like “lights that are switched off all day.”

“That points to how useless males are in terms of making money for their families,” she said.

With women holding more economic power, more of them are also seeking divorce, according to experts. The main reason cited is financial incompetence, according to a recent survey of 103 defectors by the Seoul-based Korean Bar Association.

In recent years, most North Korean defectors to the South have been women. Less tied to workplaces, women often have more freedom of movement.

The female takeover of North Korea’s main street economy is changing a paternalistic culture that considers the ideal women a stay-at-home wife.

While state media promotes institutional gender equality, society has long been dominated by men. Money is changing that.

“North Korea’s living standards depend on women’s business abilities and skills, not on the state. Women are replacing the role of the state via the market economy,” said Kim Eun-ju, who heads the Center for Korean Women and Politics in Seoul and regularly interviews recent defectors.

“Now men are even looking for potential wives in marketplaces,” she said.

Jung, the college student defector, said: “North Korean women are independent and strong but will get more so as the state can’t provide much for individuals.”