Why U.S. billionaires may not be able to buy the 2016 election

NEW YORK (Reuters) - Florida Senator Marco Rubio has one; Texas Senator Ted Cruz has one; even former Pennsylvania Senator Rick Santorum, considered a longshot for the Republican presidential nomination in 2016, has a billionaire in his corner. Wisconsin Governor Scott Walker has two.

Campaign finance watchdog groups fear heavy spending by these ultra-rich Americans will warp the election - already expected to be the most money-soaked in history. The idea that billionaires can buy elections has taken root in the public imagination.

Those billionaires are now seeing small, early signs of a pushback. Whether these are the beginning of a new trend is far too soon to say, but polls show there is wider discontent about the perceived influence of big money in U.S. politics and a growing gulf between the country’s very rich and very poor.

These nascent rumblings - along with evidence that the super-rich are inefficient political spenders - raise questions about how effective billionaires will be in the 2016 elections.

Some voters in Philadelphia, for example, were turned off by the billionaires backing a top candidate in the city’s May 19 mayoral race. And a Silicon Valley startup, Crowdpac, is hoping to bank on public ire against big political spenders to attract small donations to its new for-profit election campaign crowdfunding platform.

“There’s growing public awareness about rich people trying to buy elections and that makes the task of winning all the more difficult,” said Darrell West, the author of “Billionaires: Reflections on the Upper Crust,” and the director of governance studies at the Brookings Institution think tank.

Potential big donors dispute the notion they are trying to buy elections and say they are simply using their positions to try to influence the future of the country in a positive way.

“I do believe – and I’ve told my kids this - that I can do more for them by giving money to the right presidential candidate in 2016 than by leaving them double that amount in my will,” said David Walsh, a retired investor living in Jackson, Wyoming, who would not disclose his net worth but has given several multi-million dollar gifts to charitable causes and said he planned to donate heavily to candidates in 2016.

Miami car dealership mogul Norman Braman has been outspoken about backing his longtime protege Rubio; financial investor Foster Friess was in the audience cheering Santorum on when he announced his presidential bid two weeks ago; and Bob Mercer, the founder of a New York hedge fund, has been identified as supporting Cruz. The billionaire industrialists Charles and David Koch have publicly vowed to spend nearly $900 million influencing races in 2016.

The Democrats have billionaire supporters too - most prominent among them is former hedge fund manager Tom Steyer. The billionaires George Soros, Alice Walton and Marc Benioff made small donations in 2014 to an outside spending group, Ready for Hillary PAC, backing Hillary Clinton, now the front-runner in the Democratic presidential primary contest. 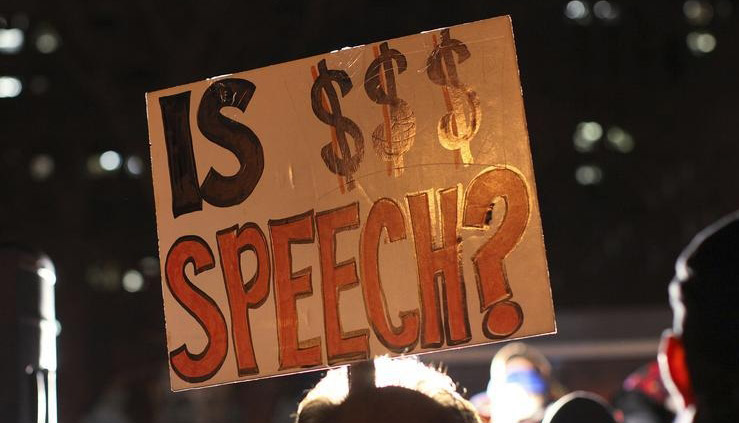 Doris Kearns Goodwin: It's time to overrule the Supreme Court on 'Citizens United'

Amid the populist outcry against CEO pay and income inequality there may be some risks in candidates being so publicly linked to the extremely rich.

In Philadelphia, Anthony Hardy Williams was considered the favorite for the city’s next mayor. He won support from three billionaires, Joel Greenberg, Jeff Yass and Arthur Dantchik, founders of the Susquehanna International Group, a global financial firm headquartered in a Philadelphia suburb. The three backed Williams, encouraging voters to support his views on a hot-button education policy issue.

They spent nearly $7 million on television ads promoting Williams. In response, unions and other community groups, who opposed Williams’s education platform, coalesced around another candidate, Jim Kenney. One of the groups, Action United, organized a march in front of SIG’s offices with placards that said, “Stop billionaires from buying our next mayor!”

Jim Kenney greets supporters after winning the Democratic primary for Mayor of Philadelphia during his election night party at Vie in Philadelphia, Pennsylvania on May 19, 2015. REUTERS/Mark Makela

“I would have looked seriously at Williams if not for the money,” said JoAnn Seaver, 85, a retired teacher who voted for Kenney. She was one of several Philadelphia voters Reuters interviewed on election day who said Williams’ billionaire backers were a turnoff. “You don’t think that money should govern people who are elected, but what do you do, just let the billionaires take over?”

“We have a lack of money from small donors in American politics, and if we have more people involved in the political process we can make great strides in terms of diluting the influence from special interests,” he said.

A veteran of Republican Mitt Romney’s 2012 presidential campaign, Harrison is not the typical liberal voice decrying money in politics. But Crowdpac’s Twitter tagline sounds very similar to the calls from non-profit watchdog groups to level the political playing field. It reads: “Together we can beat the big donors.”

“When you have political amateurs or novices with a strong issue or ideological position in which they have intense belief and are willing to put their money behind it, the money itself is no guarantee of victory,” said Michael Traugott, a political science professor at the University of Michigan who studies the influence of money on political races.

Studies of the 2012 and 2014 elections by the Sunlight Foundation, a Washington-based non-profit that tracks political spending, show most groups backed by billionaires had less success swaying election outcomes than groups controlled by trade organizations or professional political strategists. The Sunlight study does not offer any explanation for this difference.

Steyer, who backed Democrats through his Nextgen Climate Action Committee, spent $79 million in the 2014 congressional elections, $17.9 million of which was directed toward influencing specific races. Sunlight found Steyer had a 32 percent success rate on the $17.9 million spent.

For some, failure was total. Evidence from news reports shows that casino magnate Sheldon Adelson spent more than $100 million in 2012 in donations to trade groups, political action committees and candidates, only to watch virtually all his chosen candidates – including presidential hopefuls Newt Gingrich and Romney – lose.

Other groups have seen more success. The Kochs’ Americans for Prosperity saw a 95 percent success rate in 2014.

But its string of victories isn’t flawless. It ran negative TV ads against Ethan Berkowitz, a candidate in this year’s mayoral race in Anchorage, Alaska. Local strategists said the ads only increased Berkowitz’s name recognition.

Jeremy Price, the state director for Americans for Prosperity in Alaska, said the ads were meant to show Berkowitz’s record on spending, highlighting an issue rather than a candidate.