NEW YORK (Reuters) - A growing proportion of Americans blame President Donald Trump for a partial government shutdown that will cut off paychecks to federal workers this week, though Republicans mostly support his refusal to approve a budget without taxpayer dollars for the U.S.-Mexico border wall, according to a Reuters/Ipsos poll released on Tuesday.

U.S. President Donald Trump speaks to reporters in the Rose Garden after a meeting with U.S. Congressional leaders about the U.S. government shutdown and border security at the White House in Washington, U.S., January 4, 2019. REUTERS/Carlos Barria/File Photo

The national opinion poll, which ran from Jan. 1 to Jan. 7, found that 51 percent of adults believe Trump “deserves most of the blame” for the shutdown, which entered its 18th day on Tuesday. That is up 4 percentage points from a similar poll that ran from Dec. 21 to 25. 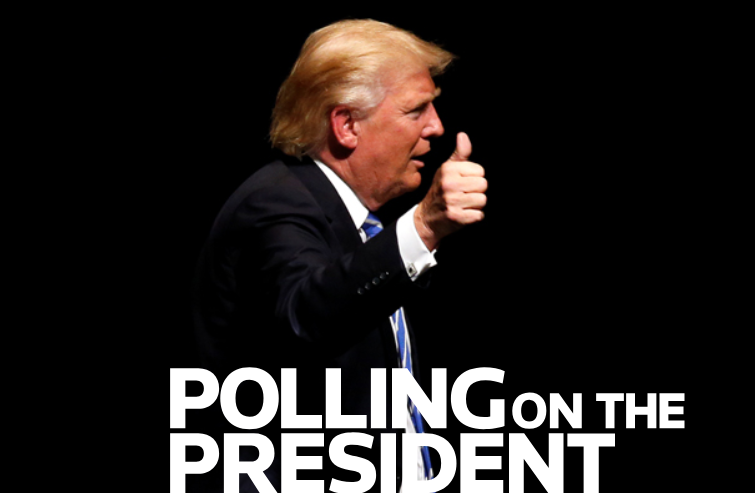 Polling on the president

Trump has promised to keep the government partially closed until Congress approves funding for an expanded barrier along the border.

Illegal border crossings into the United States have declined dramatically in recent years, yet Trump insists a wall is still necessary to stem a “humanitarian and national security crisis” in the region.

The president has asked Congress for nearly $6 billion for the wall and was expected to make his case directly to the public on Tuesday night in a nationally televised address.

Democratic leaders in Congress have refused to approve funding for additional border fencing, saying that it is an ineffective way to secure the border.

Public support for a border wall has shifted considerably over the past few years as it became a centerpiece of the Trump agenda. The poll found that 41 percent of the public supports building additional border fencing, down 12 points from a similar poll that ran in the first week of 2015, as opposition doubled among Democrats.

Republicans, however, strongly support Trump’s pursuit of an expanded border wall. They have consistently ranked immigration as their top concern for the country. Seventy-seven percent of Republicans said in the most recent poll that they want additional border fencing, and 54 percent said they support Trump shutting down the government until Congress approves funding for the wall.

The government shutdown has affected a broad swatch of the federal government already, including national parks, airline security screening, housing and food aid, and the release of economic data. About 800,000 federal workers have been furloughed or are working without pay, and many will miss paychecks for the first time on Friday.

The Reuters/Ipsos poll was conducted online in English throughout the United States. It gathered responses from 2,203 adults, including 722 Republicans and 867 Democrats. The poll has a credibility interval, a measure of precision, of 2 percentage points.