Akhilesh Yadav takes on Narendra Modi at his own game

LUCKNOW, India (Reuters) - Prime Minister Narendra Modi out-campaigned all-comers in the 2014 general election but, as he faces his biggest mid-term test, he is up against a rival determined to beat him at his own game.

In Uttar Pradesh his opponent, Chief Minister Akhilesh Yadav, has been repackaged as a youthful and media-savvy go-getter who seeks to steal a unique selling point of Modi’s - development.

“I am taking it a bit beyond Modi: I work,” Yadav told Reuters in an interview in Lucknow, capital of the state of 220 million that is holding the biggest democratic election anywhere in the world this year.

“My work speaks for itself. Modi’s empty promises do not,” said the 43-year-old leader of the Samajwadi, or Socialist, Party.

Yadav entered the vast election, being held over the course of a month, as a narrow favourite: He had just emerged from a power struggle with his domineering father and struck a pre-poll alliance with the Indian National Congress.

While Modi excels as a stump speaker who can deliver an hour-long address without notes, Akhilesh has sought to connect with the youth vote via new media, taking personal control over his social media accounts and doing a Facebook Live with one of India’s best-known TV journalists.

He has even climbed on a bicycle - his party’s symbol - for another prime-time interview that gave him a chance to showcase the newly landscaped riverfront in the state capital. 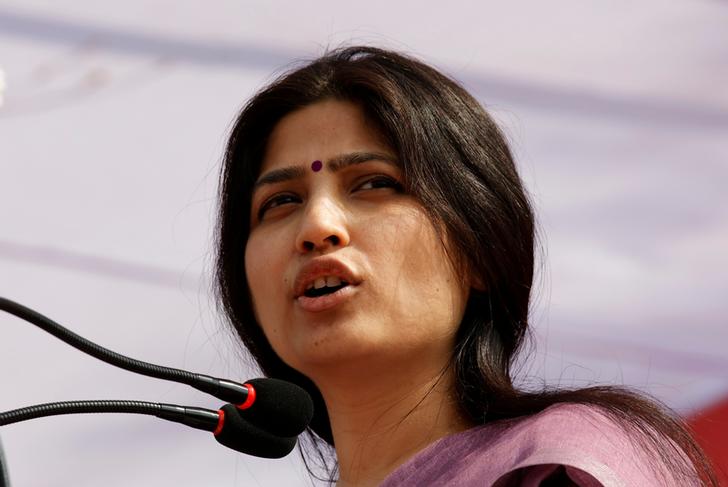 Yadav’s campaign has been backed by his wife Dimple, a member of parliament, who has courted women voters and helped create an image as a political ‘power couple’.

Throughout, Yadav has stayed firmly on message. Asked about endemic crime, he says he has set up a new police hotline that is ensuring quicker response times.

On developing his poor state where incomes average less than $750 a year, he highlights his achievements in building an expressway to Agra, site of the Taj Mahal, and a new city metro in Lucknow.

Yadav became the youngest-ever chief minister of Uttar Pradesh with a slim mandate, winning just 29 percent in the 2012 state poll.

But in the general election two years later he was swept away by a Modi ‘wave’ as the Bharatiya Janata Party (BJP) won 42 percent of the vote in the battleground state.

Yadav, who received a university education in Australia yet became typecast as the ineffectual scion of a political patriarch, decided he needed a makeover.

“It was at this point Yadav took a cue from Modi’s image as a technology-loving modern man,” said R.K. Mishra, an independent political analyst in Lucknow.

Yadav commissioned the construction of a mansion behind his old party headquarters to operate as his campaign “war room”. 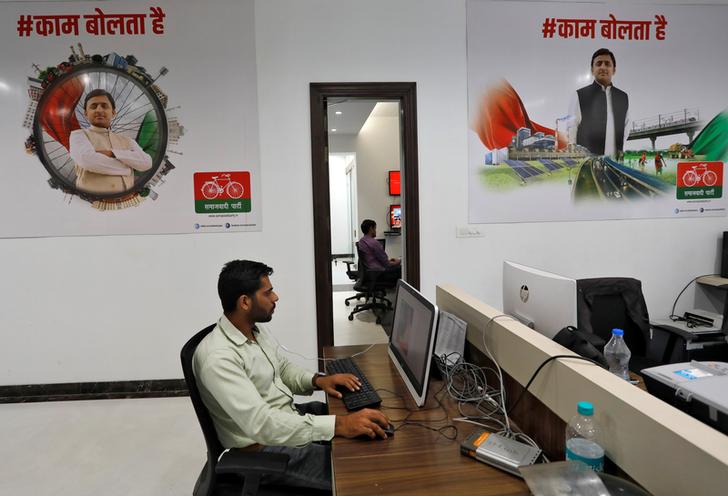 He met two dozen Indian and international political scientists, and roped in Harvard graduates and marketing gurus from Mumbai. They set up a big data operation - cloning the backroom setup used by Modi in his own rise to national power.

“The recruitment brief was clear: Everyone working in the war room should be in their thirties and have family in Uttar Pradesh,” said Aashish Yadav, a campaign manager who previously worked at BBC Media Action, a development charity.

Aashish Yadav manages a team of 100 young men and women who compose jingles as well as messages that are circulated via WhatsApp and community radio services. “Modi’s campaign looks jaded compared to our blitzkrieg,” said Aashish.

It’s been a tough sell for a party that under founder Mulayam Singh Yadav, Akhilesh’s father, was criticised for breakdown of law and order. Many resented corruption that favoured the Yadav community - a “backward” caste that makes up 9 percent of the population of Uttar Pradesh.

“Akhilesh had to dismantle the existing perception about himself and his party,” said one close aide, who spoke on condition of anonymity. 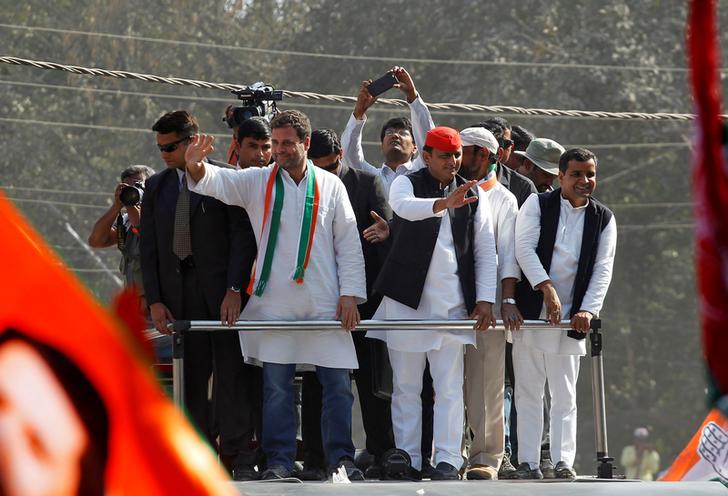 Rahul Gandhi (L), Vice-President of India's main opposition Congress Party, and Akhilesh Yadav, Samajwadi Party (SP) President and Chief Minister of the northern state of Uttar Pradesh, wave to the crowd during a road show ahead of the fourth phase of state assembly polls, in Allahabad, India, February 21, 2017. REUTERS/Jitendra Prakash

By teaming up with Rahul Gandhi of Congress - another forty-something politician - Yadav hopes to prevail in the three-cornered contest with the BJP and the Bahujan Samaj Party (BSP) led by Mayawati, a former chief minister of Uttar Pradesh.

“There is a great deal of ease between the two leaders and this is making Modi nervous,” said an aide to Gandhi, who is the son, grandson and great grandson of Indian prime ministers.

Pre-election polls put the Yadav-Gandhi alliance and the BJP in a close race, but no surveys are allowed during voting held over seven stages. Results are due on March 11.

Gandhi and Yadav have both turned for advice to Prashant Kishor, the strategist who stage-managed Modi’s triumphant 2014 march on New Delhi.

Kishor later switched sides to help a similar opposition alliance defeat the BJP in Bihar, another big northern state, in late 2015. He now divides his time between advising Congress and Samajwadi.

The BJP’s state leader in Uttar Pradesh, Keshav Prasad Maurya, dismisses the alliance as a fiasco and called the war room a poor imitation.

“Yadav and Gandhi both lack imagination,” he told Reuters. “Being Modi is different from being like Modi.” 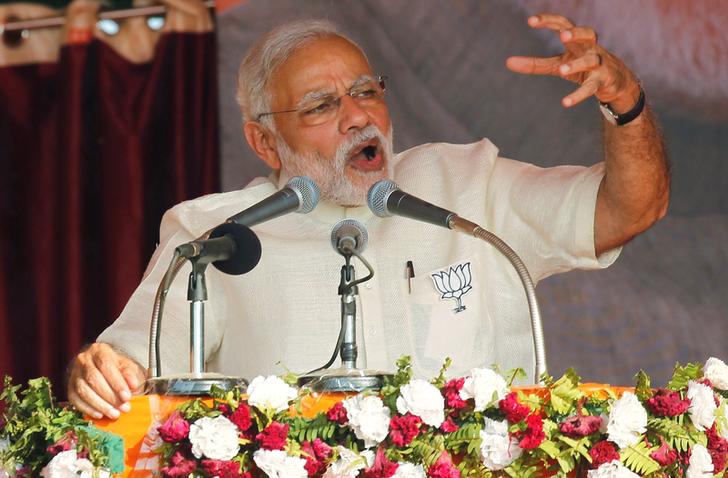