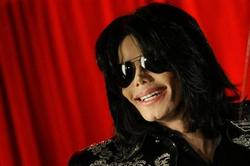 WASHINGTON (Reuters) - The estate of pop music legend Michael Jackson owes $702 million in federal taxes and penalties, the Internal Revenue Service charged in U.S. Tax Court, accusing the estate of undervaluing some of the star's assets by hundreds of millions of dollars.

The dollar amounts in dispute had not been previously disclosed in the court challenge that the Jackson estate filed in July to a bill from the IRS, the U.S. tax-collecting agency.

At issue is the wide difference between what the estate said Jackson's legacy was worth versus what the IRS determined was its taxable value.

An IRS spokesman and lawyers for the estate declined to comment.

Jackson died on June 25, 2009, the date of the estate tax return. His estate's beneficiaries are Jackson's mother, Katherine, his three children and charities.

The estate's 2009 tax filing said the total Jackson estate had a $7 million taxable value. In May, the IRS issued the estate a tax deficiency notice for $505.1 million in taxes and $196.9 million in penalties, according to Tax Court documents dated Tuesday.

Jackson's image and likeness were valued by the IRS at $434 million. The estate said its taxable value was $2,105.

The largest taxable item was the estate's stake in some of Jackson's recording assets, listed as MJ/ATV Publishing Trust interest in New Horizon Trust II, which was valued at $469 million by IRS. It was not valued in the 2009 estate filing.

The IRS's alleged tax deficiency also includes some items that were overvalued by the estate.

A Jackson estate spokesman said the IRS's appraisal values "were based on speculative and erroneous assumptions unsupported by the facts or law." The Jackson estate has paid $100 million in taxes, he said on Friday.

Under Tax Court rules, the Jackson estate will not need to pay any taxes or penalties unless the court rules in favor of the IRS.

Jackson died at age 50 from an overdose of the surgical anesthetic propofol while rehearsing for a series of comeback concerts in London.