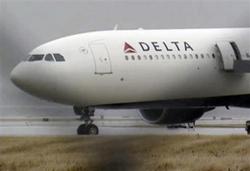 WASHINGTON (Reuters) - The system aimed at keeping air travel secure failed when a Nigerian man who was suspected of ties to militants managed to smuggle explosives aboard a flight, U.S. Homeland Security Secretary Janet Napolitano said on Monday.

"It did," Napolitano said in an interview on NBC's Today Show, when asked if the system "failed miserably."

"And that's why we are asking -- how did this individual get on the plane? Why wasn't the explosive material detected? What do we need to do to change" the security watch list rules, she said.

Umar Farouk Abdulmutallab has been charged with trying to blow up Northwest Airlines flight 253 as it approached Detroit from Amsterdam on Christmas Day with almost 300 people on board. Passengers and crew overpowered him after he set alight an explosive device attached to his body.

On Sunday, Napolitano said the system to protect air travel worked, but in news shows appearances on Monday she said she meant the response to alert other flights and airports and impose immediate safety procedures was effective.

Appearing on Monday on CNN, she said the administration was reviewing other security policies "because clearly this individual should not have been able to board this plane carrying that material."

Abdulmutallab's father, a respected Nigerian banker, had told U.S. officials he was concerned that his son's radicalized behavior could pose a threat, and his name was on a broad U.S. list of possible security threats. But he was not on the much smaller "no fly" list.

Napolitano was asked on NBC if the attempt represented a new form of threat that the screening system was not equipped to handle.

"I wouldn't go that far," she said. "What I would say is that our system did not work in this instance. No one is happy or satisfied with that. An extensive review is under way."

"At this point we feel that with the additional screening procedures in place ... the additional protective measures within aircraft ...that air travel is safe while we work our way through this problem."