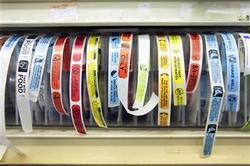 NEW YORK (Reuters Health) - Many people whose doctors start them on medications for conditions like diabetes and high blood pressure may never fill those prescriptions, a new study suggests.

Researchers found that among more than 75,000 Massachusetts patients given drug prescriptions over one year, 22 percent of the prescriptions were never filled. The rate was even higher -- 28 percent -- when the researchers looked only at first-time prescriptions.

Such "non-adherence," the study found, was common even among patients prescribed drugs for chronic conditions that can have serious health consequences.

Between 28 percent and 31 percent of new prescriptions for diabetes, high blood pressure and high cholesterol, for example, went unfilled, according to findings published in the Journal of General Internal Medicine.

Exactly why many patients did not fill their prescriptions is unclear. One possibility is that, when health problems cause few or no symptoms -- as with high blood pressure or high cholesterol -- people may not see the need for a medication.

"If they do not fully understand the reason that they are being prescribed the medication, they may be less likely to take it," lead researcher Dr. Michael A. Fischer, of Brigham and Women's Hospital in Boston, told Reuters Health in an email.

Cost could also be an issue, Fischer added -- particularly when people are unsure of why a drug is being prescribed.

All of the patients in the study had health insurance. But even with coverage, people may have high co-payments for medications or may be prescribed a drug not covered by their plan, Fischer and his colleagues note.

For their study, the researchers used a database of electronic drug prescriptions for patients in two Massachusetts health plans, along with pharmacy claims records to verify whether the prescriptions were filled.

More studies, according to Fischer, are needed to weed out the reasons why many people never fill their prescriptions -- whether cost, worry over side effects, a desire to avoid medications or other issues.

For now, he said, people with questions about their new prescriptions should not hesitate to bring them up with their doctors.

"If you are not sure why you are being prescribed a medication, ask your doctor directly," he said. "One of our jobs as physicians is to educate and advise our patients, and being sure that they understand their medication regimen is a big part of that job."

Fischer added that in cases where people have left their prescriptions unfilled, they should not be "afraid" to tell their doctors. "Then they can talk with you about why you are not taking the medication and work with you to find a medication that you can use."