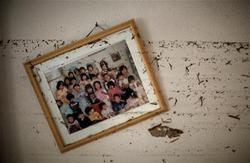 By Rie Ishiguro and Kaori Kaneko

TOKYO (Reuters) - Japan's government has downgraded its assessment of the economy for the first time in six months to reflect last month's devastating earthquake and tsunami, while wholesale prices rose at the fastest pace in more than two years in an ominous sign for company profit margins.

A loss of electricity from a crippled nuclear power plant and radiation leaks could weigh on the outlook for some time, the government warned on Wednesday, though it still expects the economy to recover later this year as reconstruction begins in the northeastern areas wrecked by the tsunami.

"The biggest risks, or uncertain factors for the economy, are when power supplies will recover, whether the nuclear situation will keep from worsening," Economics Minister Kaoru Yosano said.

"It will cause various indirect damage, such as dampening consumer sentiment, but the economy will pick up toward the end of this year."

Still, few analysts expect a convincing end to deflation in the near term as companies remain reluctant to pass on higher costs to consumers shaken by the world's costliest natural disaster.

The government's downward revision on the economy echoes that from the Bank of Japan (BOJ), which cut its assessment last week as policymakers slowly come to grips with the long-term impact of the natural disaster on March 11.

"The economy is showing weakness recently due to the influence of the Great East Japan Earthquake," the government said in its monthly economic report for April.

That compared with the previous month's report that said the pickup in the economy was only weakly self-sustaining and there was concern about the influence of the quake.

The government also downgraded its views on key sectors like exports, industrial production and private consumption. And it warned of downside risks to the outlook from power supply constraints, slow progress in restoring supply chains and the impact of rising oil prices.

It expects the weakness to continue for the near term but hopes policy stimulus and solid growth abroad will help fuel a recovery.

Other data out Wednesday showed Japan's wholesale prices rose 2.0 percent in the year to March, the fastest annual gain since November 2008 and above the market forecast of 1.9 percent.

Higher commodity prices were part of the reason that wholesale prices accelerated, but supply shortages are also likely to apply upward pressure in April when many Japanese firms revise prices they charge each other, a BOJ official said.

"We see prices of steel and chemicals rising. These are industries that use a lot of electricity. Since there are electricity shortages, companies won't be able to make as much steel or chemicals as they could in normal times," said Tamai Chino, economist at Mizuho Research Institute in Tokyo.

"This will push up prices of these goods further and pressure earnings at companies that use those materials for final goods."

Nissan Motor Co (7201.T: Quote, Profile, Research, Stock Buzz) said on Wednesday it would use three Japanese holidays in May to make up for some production lost due to supply disruptions after the magnitude-9.0 earthquake.

Toyota Motor Corp (7203.T: Quote, Profile, Research, Stock Buzz) plans to stop production in five plants in Europe for several days in April and May due to a shortage of supplies from Japan.

The BOJ, which projects a slight rise in the core consumer price index in the year to next March, is set to announce new projections on prices and growth in a semiannual outlook report due on April 28.

Japan has been mired in deflation, or debilitating price falls, for much of the past 15 years, so a bout of consumer price inflation might actually be welcome.