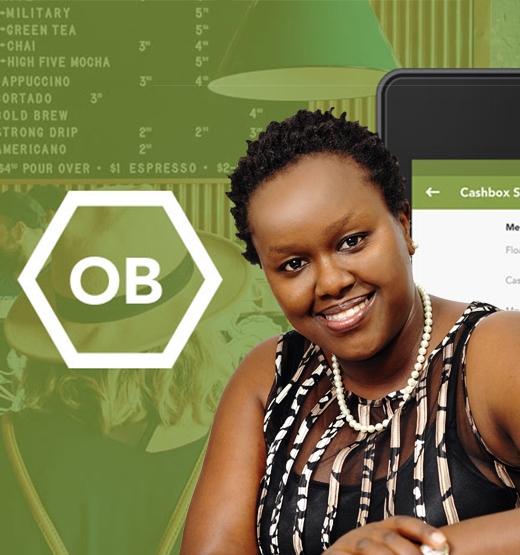 Widely considered as one of Kenya and East Africa’s leading innovators, Dorcas is the driving force behind some of the most widely used web and cloud applications in Africa.

She has also shattered gender stereotypes in the technology sector and launched an initiative encouraging IT careers for young women.

Dorcas Muthoni is CEO of Openworld, a software services firm she founded in Kenya when she was just 24 years old. Driven by a love for her country and continent, she believes that, “We should not shy away from letting the world know how we can solve our current local, regional and global challenges using technology”.

Dorcas is part of a wave of young, tech entrepreneurs transforming Kenya into a digital powerhouse. The ubiquity of mobile phones, the arrival of high-speed internet, as well as government investment, has coincided with the emergence of a new tech-savvy workforce. The result is ‘Silicon Savannah’, Kenya’s very own Silicon Valley. It is one tech hub among many sprouting up across Africa’s major urban centres, attracting millions in investment.

According to research from global mobile industry body GSMA, there are 442 active tech hubs across the continent in 2018. These hubs are not only forging connections within Africa, but building networks outside the continent, encouraging investment, partnerships and the development of skills.

Dorcas says of the hubs, “They have been the first homes of many entrepreneurs and have spurred a great deal of the IT ecosystem. They have drawn interesting global pioneers to come and engage our local tech community. We have had Mark Zuckerburg, Eric Schmidt, Jack Ma and several other global tech leaders coming to Africa.”

It is this “facilitator” role of tech hubs that explains their success and proliferation in these regions. The UK Trade & Investment board has been working with South African hub, Sw7, to encourage high-growth South African tech companies to expand their footprint to the UK. A recent event provided SMEs with exclusive opportunities to make connections with over 3,000 high potential companies, as well as international investors.

They are also a key partner for China’s ‘One Belt, One Road’ initiative; there are synergies between both African tech hubs and OBOR in terms of creating greater connectivity and new trade routes. OBOR’s commitment to infrastructure development, especially in terms of building power lines and transmission lines will enable the tech hubs to scale. The building of new transport links also ensures that the hubs will be more accessible both to each other and outside investors.

The kind of networking opportunities tech hubs offer are crucial for investments as they pave the way to find the right growth partners and ensure companies receive useful advise about scaling internationally.

Facebook Founder Mark Zuckerberg noted the energy he felt amongst tech entrepreneurs on a recent visit to Lagos’s tech hub and went on to announce a $24 million investment in Andela, a company that trains developers in Africa.

It has also resulted in collaborations such as Konza Technology City, a partnership between America’s National Business League and the Kenyan government. It’s a GBP 5 billion, 2,000-hectare technology city, 60 km from Nairobi that will house 200,000 people and become the new African headquarters for Google, Microsoft and Facebook.

As Dorcas discovered when she started out: building a network is an intrinsic part of any business. Although she had the right skills and training to set out on her entrepreneurial journey, her early years were marked by having to prove herself, not just the business. She recalls not having the level of access to decision-makers that she needed, or finding they could be 20 years her senior.

She also encountered skepticism that she could make it as a woman. She recalls a comment she received when she mentioned she was starting an IT business: "Are you sure this is going to work out? I mean, why don't you do something else, like leasing event furniture?"

Now, thanks to trailblazers like Dorcas, there are organisations such as African Women in Tech, enabling women to forge connections and act as role models for a new generation of women in IT. She recognises, “You come across so many challenges, but finding a fellow techwoman to laugh away your troubles with, is extremely re-energising . It is a rare occurrence, I can assure you though. We are just too few.”

Dorcas is passionate about training more women with the skills needed to enter the IT community. In 2004, she founded Afchix, a technical capacity building initiative for women in the region. Its goal is to encourage the uptake of engineering careers among young women and girls in Africa. Dorcas adds, “I like to inspire women to get into tech. We need diversity. If more women come into IT or any business in general, it would be more sustainable.”

A lack of role models and a good network were not the only hurdles she faced. She had to convince people that her home-grown, tech brand could be just as effective as a big brand name. “Why are you trying to compete with Microsoft?” they would ask her. Her software was cheaper to use, but could still provide the same functions, yet it was a big hurdle to change perceptions that Kenyan software could be of the same quality. She succeeded and has turned her company into a pioneer in Open Source based business and e-government technology solutions.

Perhaps her biggest success is making the mobile phone a business tool for Kenyans.The software is called OpenBusiness so you could update the first word from Openworld is the name of the company. She says, “We have created a simple to use and very intuitive business app called OpenBusiness to enable merchants to leverage the power of mobile phones, internet and mobile money to run and manage their businesses. We are creating an omni-retail and trading platform to turn African trade digital.”

This is a long way from Kenya in 1982, when the Kenyan government banned the use of computers in public offices for fear that the new technology would put secretaries out of work. Now Kenya is the undisputed leader of mobile money technology and leading the digital revolution of Africa.

The potential for further transformation is huge. Smartphone connections in Africa are forecasted to increase to 720 million by 2020 (GSMA) and in Kenya alone the mobile industry is set to account for 8% of GDP by 2020, double what it will be in the rest of the world.

Dorcas believes the future is bright, “We expect a very vibrant tech sector capable of delivering tech solutions not just in Africa but also to the rest of the world.” 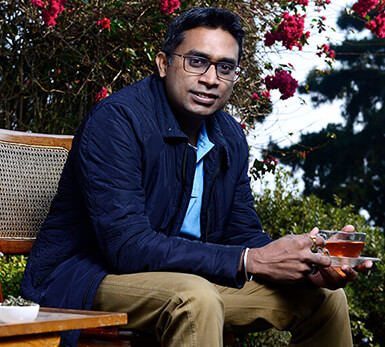 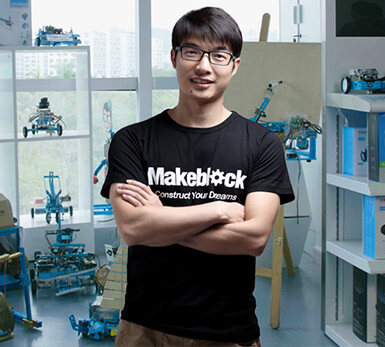 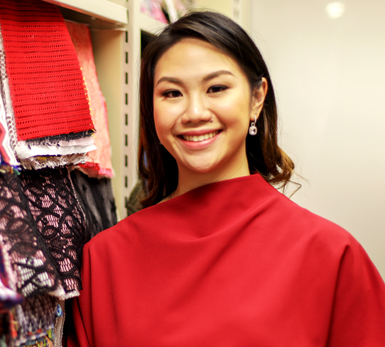 Be a Change Maker.

Get in touch with your local Standard Chartered Priority Banking team.