A search for Unicorns and the building of
"SOCIETY 5.0"

The Fourth Industrial Revolution, Industry 4.0. Society 5.0 - behind the eye-catching titles and buzzwords, lies a fundamental shift in how economies may be structured in the future as industries and governments integrate AI, IoT, robotics, Big Data and other game-changing innovations into daily production processes to provide goods and services. But… as advanced economies struggle with ageing populations, low inflation and weak growth is fostering tech innovation. Are start-ups the answer for future development?

Business leaders and entrepreneurs came together at the World Economic Forum in Davos on the 24th January 2018, for a lively Reuters panel on fostering start-ups, tech hubs and venture capital culture. Our expert panel debated the importance of innovation, the threat of disruptive technologies, and whether start-ups can make both a profit and a difference to society. Watch the highlights.

Innovation & transformation: the search for start-ups that can change society.

Half of today's so-called 'unicorns' are in the United States. And yet, other countries are beginning to make their mark. Japan is one of them - with a record $1.9 billion in private equity and venture capital investment raised in 2016.

What's more, it's been announced that Tokyo will become a hub for the 'World Economic Forum Center for the Fourth Industrial Revolutions Japan: C4IR (Japan)' in the summer of 2018. This means Japan's innovations in science and technology will be shared across the world, in sectors such as healthcare and mobility.

As well as sharing knowledge that will help the global economy, Japan is also a trailblazer when it comes to changing society. At the heart of its 'Society 5.0' future model, is the concept that innovation and the wellbeing of its population need to work in tandem. Society 5.0 will target Japan's economic and social challenges, such as: its ageing population, labour shortages and weak growth - all of which will be applicable to many other countries in the future. Above all, the model aims to create a human-centred society, and it's using technology and innovation to achieve it.

As venture capitalists and entrepreneurs came together at the World Economic Forum in Davos for a lively debate named 'A search for Unicorns and the building of Society 5.0' prestigious keynote speaker, Toshiaki Higashihara, President and CEO, Hitachi Ltd., opened the discussion with some interesting anecdotes. Mr Higashihara said confusion in the world is "overwhelming". And that's why Japan has already set its own growth strategy.

"Currently, numerous social issues are related to each other in a complex way. For this reason, even if we focus on one problem and aim to solve it, it still will not lead to that fundamental solution. To solve these complex and tangled issues, it's necessary to build an innovation eco-system that aims to verify and solve the problems from the various angles", said Mr Higashihara to the audience.

Innovation as a lifeblood….

As he handed over to the panellists, the experts first turned their thoughts to the importance of innovation. Navin Chaddha - Managing Director of Mayfield, a top tier Silicon Valley venture capital firm that invests in early stage tech companies - kicked-off the discussion with his opinions on the environment in which start-ups need to thrive. He said the biggest lesson for entrepreneurs is that "it's a marathon, not a sprint" and that we now need a 'Pegasus' that will do good in the world. By that, he means a 'unicorn' that has grown its wings and actualised its value.

Turning to Japan, and when Tomotaka Goji, Managing Director of the Japan Venture Capital Association was asked what the secret to entrepreneurial success is in Japan, he said that his country needs "agile start-ups more than ever to make innovation effective". He also commented that while ten years ago, most of Japan's highly educated people joined big companies, these days they are found creating unicorns or highly successful start-ups. "U.S., Chinese and Japanese unicorns are playing different games. U.S. and Chinese unicorns are based on a huge consumer base market, like SNS or payments. Japanese unicorns are based more on science and technology, that can be applicable to many challenges"., said Mr Goji.

While entrepreneur and Chief Innovation Officer at Philips, Joeren Tas, said that even large, longstanding companies need to have innovation as their lifeblood these days. Philips is now 126 years-old, and Mr Tas believes "you need people with a drive to create something new, but not too far from home".

And yet, are such rapid technology advances endangering our rights? Perhaps the most outspoken points of the discussion came from panellist Sharan Burrow, the General Secretary of the International Trade Union and WEF Co-chair. Ms Burrow argued that innovation is coming at a cost, citing platform-based businesses like Amazon and questioning, "Are we all going to be Amazon citizens? What are our rights?" But she said she believes that Japan's Society 5.0 is a "brilliant concept" because it brings people into the mix and not only builds on the opportunities born from Industry 4.0., but also builds on society by making it better for all.

But will the development of disruptive technologies go too far? In 2017, Amazon CEO Jeff Bezos claimed, "We are now solving problems with machine learning and artificial intelligence that were … in the realm of science fiction for the last several decades". And that AI development was having an "amazing renaissance". While Tesla's CEO and Founder, Elon Musk, tweeted to the world: "If you're not concerned about AI safety, you should be".

So, what's the truth? Should we be worried that an AI apocalypse is on the horizon, as Musk has alluded to, or be calmed by Bezos' eulogising about its revolutionary capabilities? Mr Tas firmly agreed with Elon Musk, warning that "every technology has unintended consequences" and that, "Governments are behind. We have to get in front of it whether we like it or not". While Mr Chaddha added, "You don't want AI driving humans, but humans leveraging the potential of AI…. Technology needs to augment humans and make them better. How do we want to harness it and develop it?". And it was agreed that re-skilling people to help us all keep apace with technology was the only answer.

So, can start-ups simply make a profit these days? Across the board at the Davos discussion, it was a resounding no. On the one hand Mr Goji said "100% of investments should be aligned with social responsibility and sustainability", while Mr Tas said he believed "entrepreneurial spirit is to solve the problems of the world". Mr Chadda also added that "if you don't have a mission, forget it. We need to know the driving motivation to change things".

The most poignant question of the whole debate was, therefore: can you make both a profit and a difference to society? And while the panellists had diverse and unique insights that they bought to the table, they were all in agreement that future 'unicorns' - and even an elusive 'Pegasus' - need to transform society for the better. In many ways, Japan has turned that concept on its head. It's not waiting for 'start-ups' to lead it in a certain direction. With its Society 5.0 future model, the destination has already been decided - it's now making sure entrepreneurs, innovation and technology are going to get it there, fast. 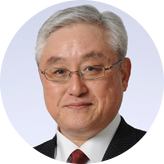 Since joining in Hitachi 1977, he worked as an engineer of Operation Technology(OT) for more than 20 years. After experiencing heads of overseas subsidiaries, he was appointed President & CEO in 2016. Hitachi focuses on the “Social Innovation Business”(SIB) that seeks for the same goals as Society5.0 & SDGs and resolves social issues and enhances people’s quality of life by delivering IT x OT solutions. 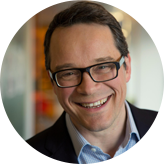 Axel Threlfall is Editor-at-Large, Reuters, based in London.Alongside his editorial duties, he hosts high-profile engagements and thought leadership events for and on behalf of Reuters and Thomson Reuters, such as the Newsmaker series and The World Economic Forum news program in Davos.
He was previously Lead European Anchor for Reuters Digital Video. 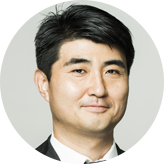 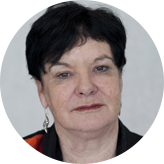 Davos Co-chair Sharan Burrow was re-elected for a second term as General Secretary of the International Trade Union Confederation (ITUC) at its World Congress in May 2014. The ITUC is the world's peak labour union body and represents 202 million workers in 163 countries and territories, and has 331 national affiliates. 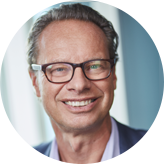 Jeroen Tas is Chief Innovation & Strategy Officer and member of the Executive Committee at Royal Philips. He has more than 30 years of global experience as an entrepreneur and executive in the healthcare, information technology and financial services industries. Jeroen is responsible for the company's strategy, research & development, design, medical affairs, sustainability, platforms and emerging businesses. 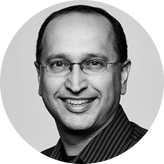 Navin Chaddha, Managing Director, leads Mayfield, a top-tier Silicon Valley venture capital firm with $2.7 billion under management and a 49 year history of investing. The Firm invests primarily in early-stage technology companies based in the U.S. and select non-U.S., globally-focused companies (primarily domiciled in India, Israel, and China). Since its founding in 1969, the Firm has invested in over 530 innovative companies.

For Japan and elsewhere in the world, it will be innovation that unquestionably will resolve the issues we face in the future. Japan is committed to being the very first country to prove that it is possible to grow through innovation even when its population declines.


We Are Tomodachi: CUTTING-EDGE TECHNOLOGIES

"We Are Tomodachi" is Japan Government’s official online magazine that introduces Japan’s attractions and its deep and multifaceted ties with the rest of the world to our country’s friends (tomodachi) across the globe. 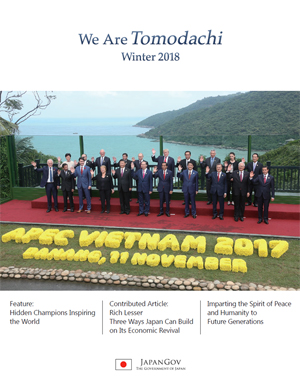 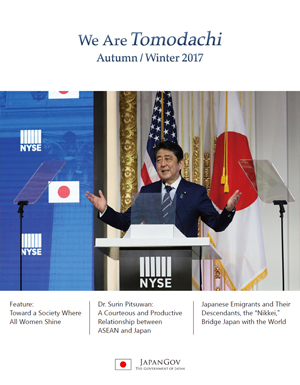 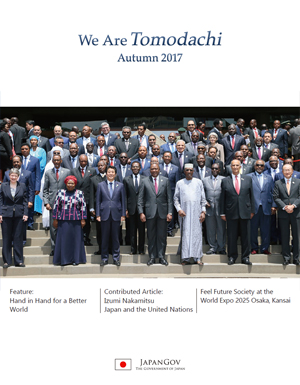 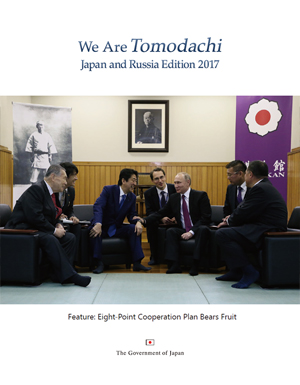 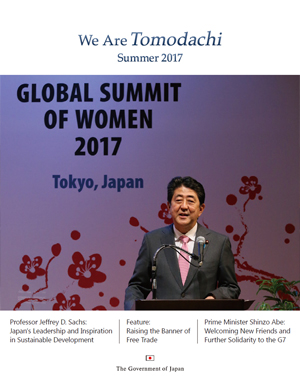 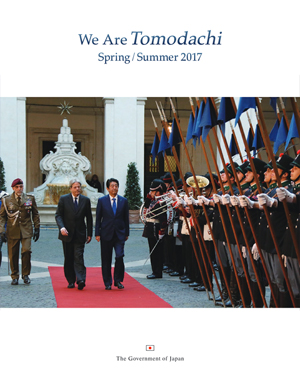 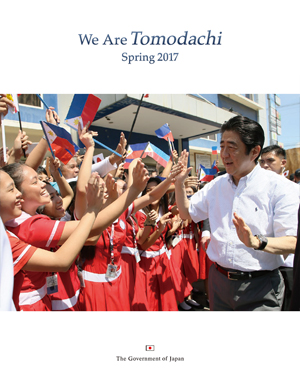