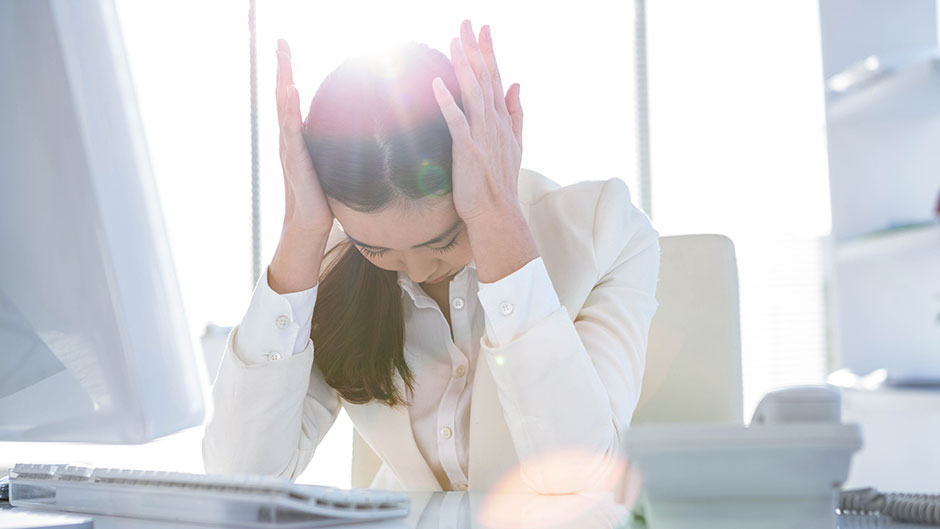 POLL: HEAD PAIN AFFECTS ONE-THIRD OF AMERICANS, CAUSES OVER HALF TO MISS WORK.

More than half of Americans say they miss work or school due to headaches and migraines—but most aren't telling employers or bosses that head pain is what's causing their absence, according to a new poll.

Of those who missed work, just 42 percent said they told supervisors the truth that migraines and headaches were the cause. The reason? Most think their bosses/instructors don't consider headaches or migraines a valid reason for being absent.

According to the Migraine Research Foundation, migraine is the third most prevalent illness in the world. And yet, research surrounding the impact and severity of migraine and headache is limited. Seeking to bolster understanding in this area, Excedrin® commissioned Ipsos to poll sufferers about the types of head pain they experience, how frequently that pain causes them to miss work or school and how they explain that absence to a boss or instructor. The results illustrate the need for further research, education and empathy when it comes to migraine and headache.

The poll shows that workers who aren't informing their bosses may have good reasons for hiding their head pain. While most managers (57 percent) view migraines as a good reason for missing work, 38 percent were less amenable, saying migraines either only sometimes justify calling in sick or don't justify it at all. Managers were even tougher on headaches: While 43 percent responded that headaches could be severe enough to justify calling in sick to work, 53 percent said “no” or “sometimes” to the issue.

The survey of more than 4,000 Americans reveals that nearly one-third suffer from headaches and more than one-tenth are regularly afflicted with migraines. Of those suffering, more than half—55 percent—have missed school or work in the last three months because of a headache or migraine.

And yet, 51 percent of those polled—including 56 percent of students—say they don't tell their manager or instructor the real reason they missed work or school. Most say they didn't think their boss/instructor would see a headache or migraine as a good reason for absence. Some respondents thought they would be viewed as being as less committed for taking a sick day for head pain.

The poll revealed gender differences among those who missed work or school, with 67 percent of men surveyed staying home one day or more in the three months leading up to the survey, compared to just 44 percent of women. Even though men were more likely to miss work or school, they were less likely to be upfront with their employer or instructor about the reason. The poll shows that 60 percent of men did not mention their headache or migraine to their boss or instructor while most women—54 percent—did tell the truth.

Other takeaways from the poll:

Across generations and genders, headaches and migraines can cause problems in all aspects of a worker's life. And there is a cost for employers as well. According to the Journal of Headache and Pain, migraines alone cost employers $14.5 billion a year due to absenteeism and diminished productivity.

But with dedicated resources and research, employees and managers, alike, can better understand—and confront—the pain.

The findings in this poll came from a survey conducted June 17-23, 2016, conducted by Ipsos. For the poll, 4,024 adults ages 18 and up from the Continental United States, Alaska and Hawaii were interviewed online in English.