Singapore’s economic growth over the past 50+ years has produced a robust infrastructure ecosystem, including developers, financiers, professional services and other supporting services. Scroll down to unveil Singapore's evolution into Asia’s infrastructure hub through the photos below.

With world-renowned expertise in areas such as project structuring, management, financing and investment, Singapore-based developers can work closely with governments and other stakeholders to bring a project from conceptualisation to completion. 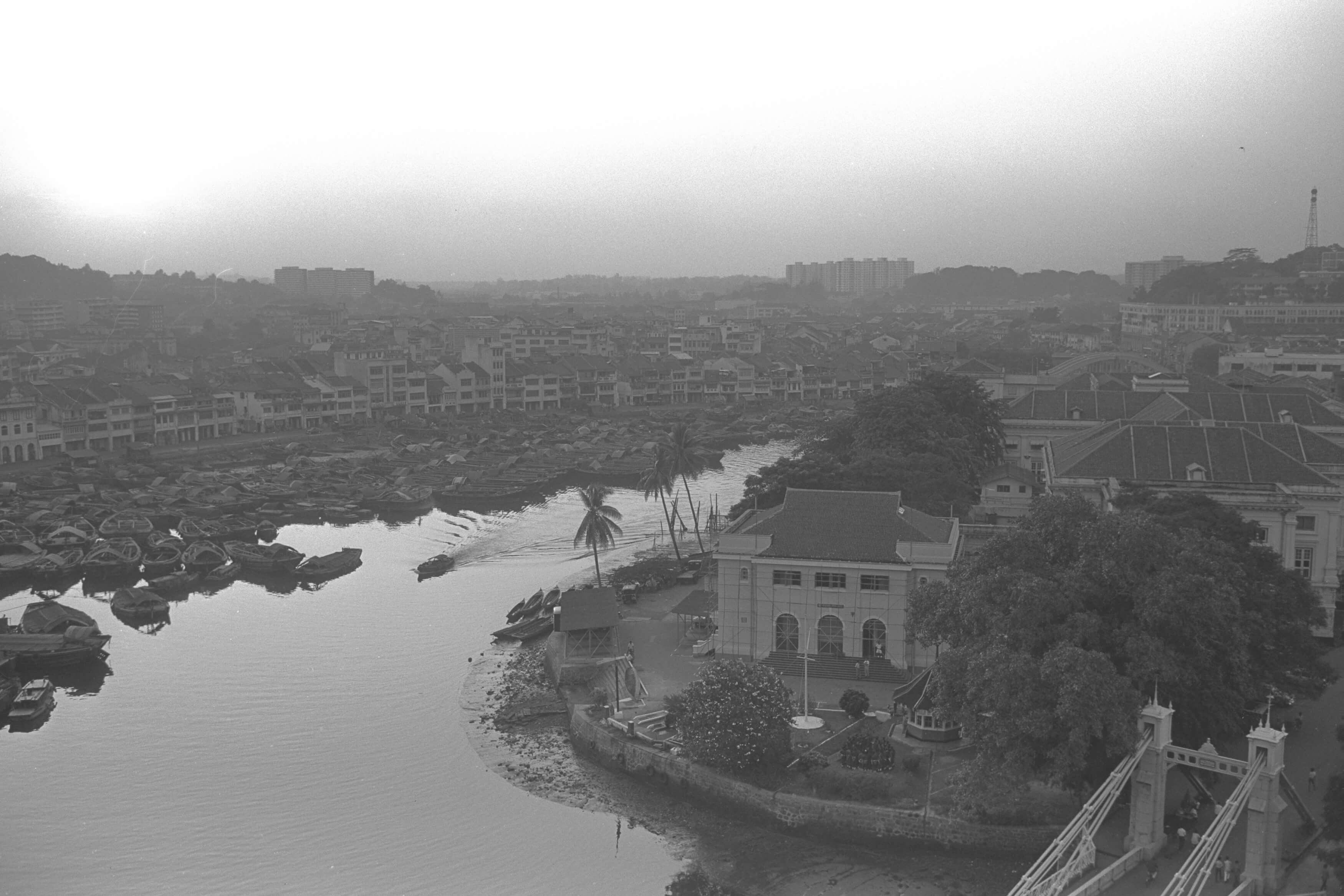 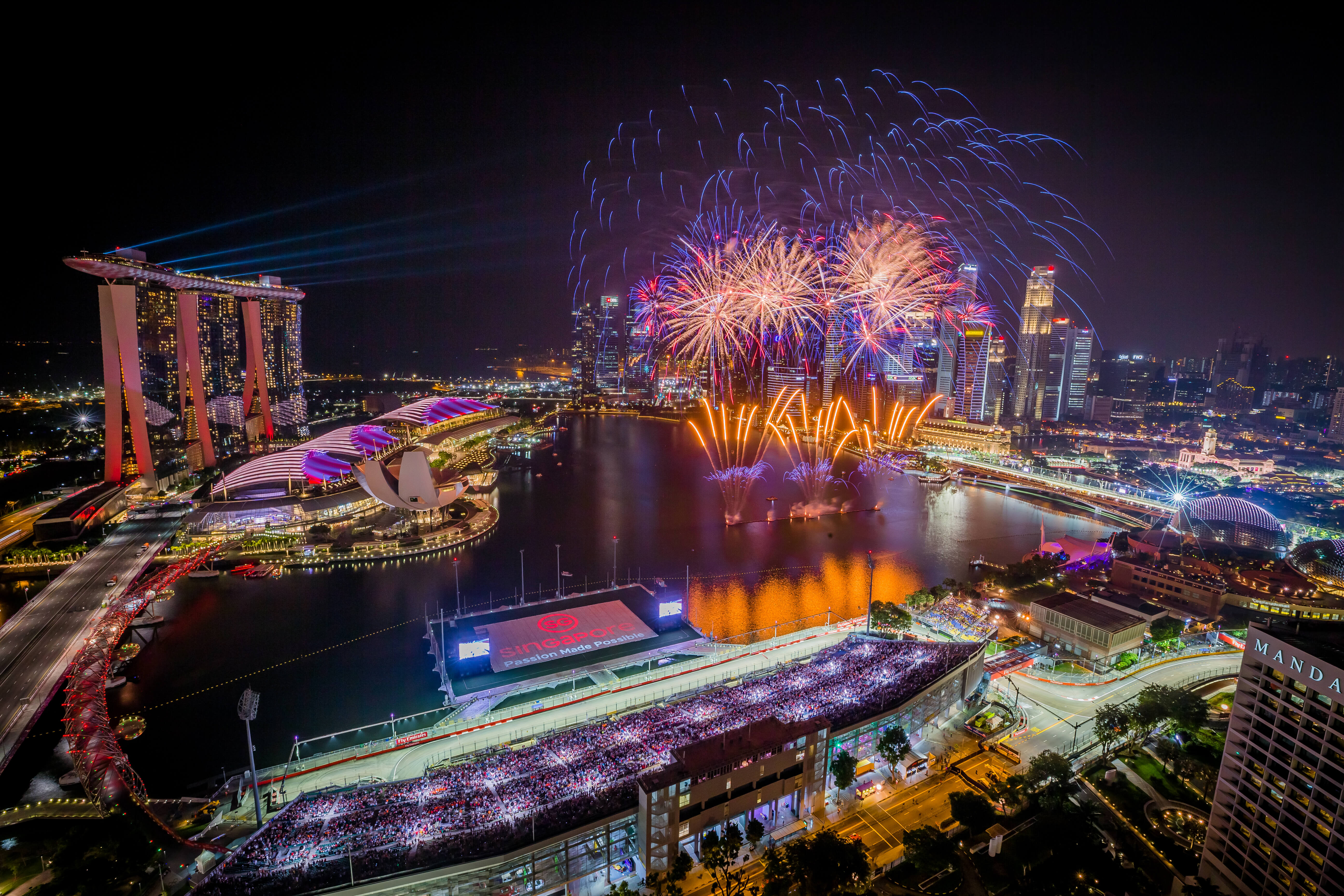 L - North west view of Singapore River with Marine Police Station and Cavenagh Bridge partially visible on the right corner of the picture circa 1965. Ministry of Information and the Arts Collection, courtesy of National Archives of Singapore

R – A fireworks display lights up the night sky above the financial district in Singapore. Singapore Grand Prix via Reuters Plus

As a thriving financial hub, Singapore now serves as the Asia-Pacific base for many global banks with project finance lending and advisory specialisation – with about 60% of project finance transactions in Southeast Asia lead-managed by Singapore-based banks. 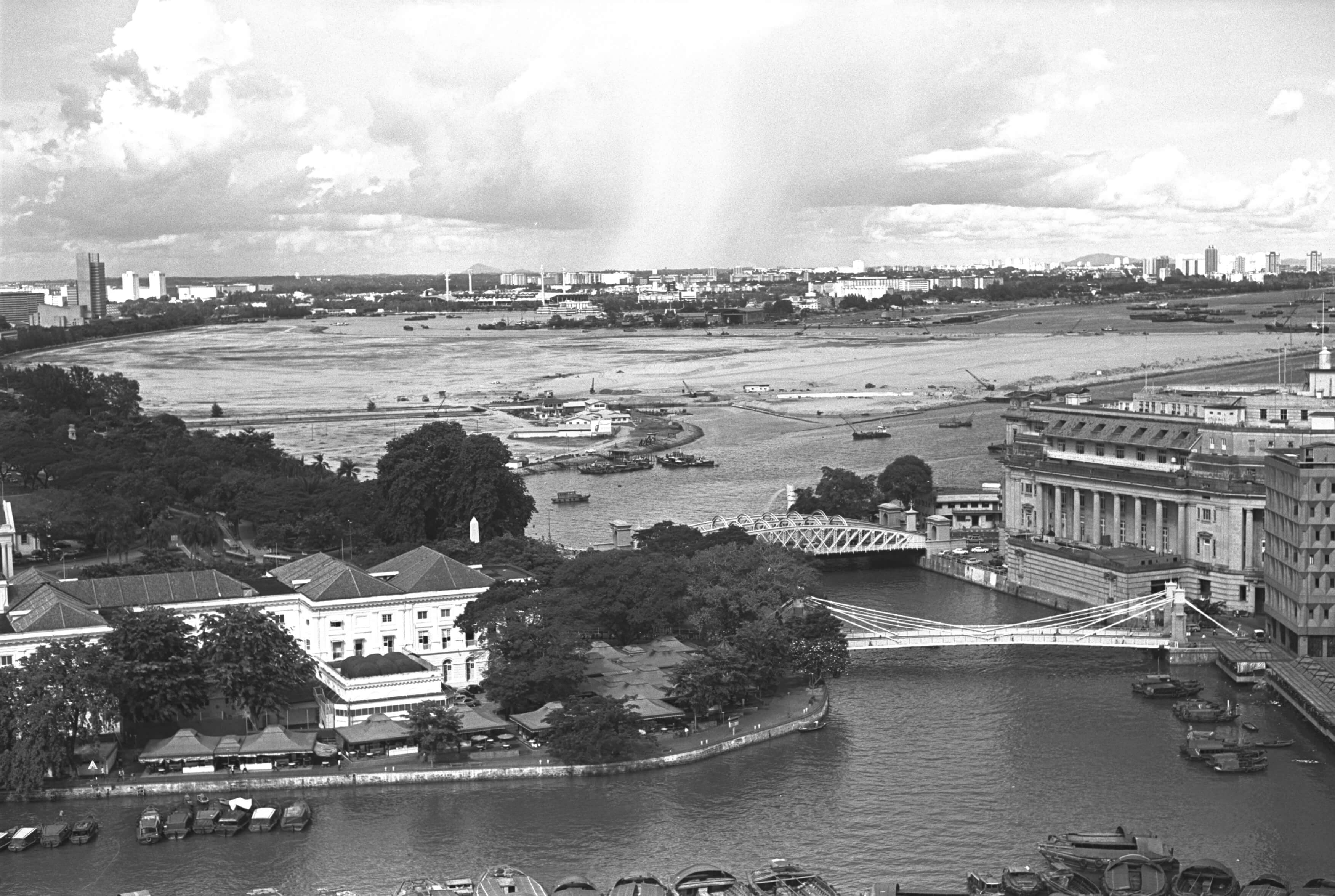 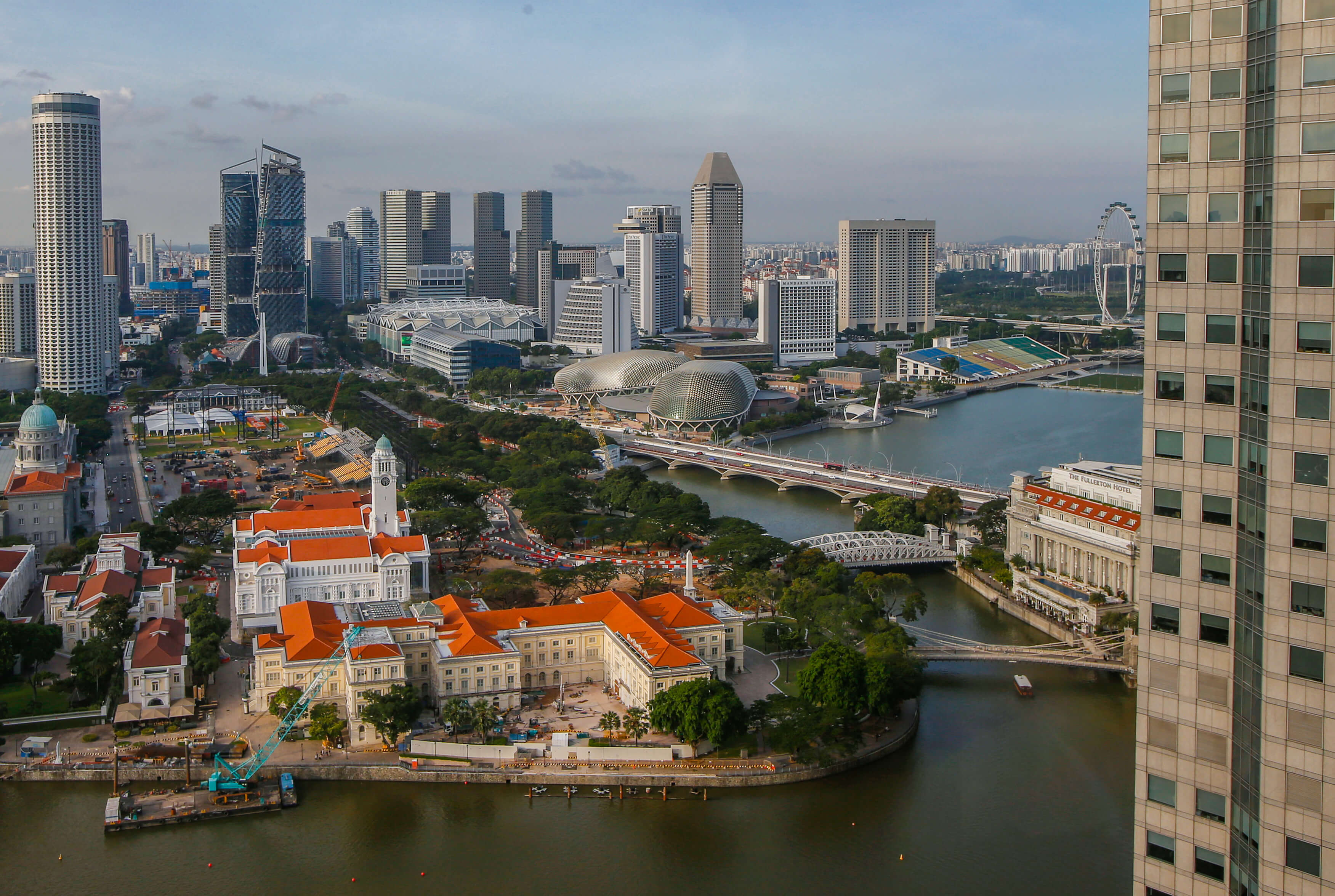 L – View of mouth of Singapore River from Oversea-Chinese Banking Corporation (OCBC) Centre, looking towards Kallang and Tanjong Rhu circa 1976. In middle-ground, reclaimed land upon which will rise Suntec City and Marina Square, and later, Esplanade Theatres. Ministry of Information and the Arts Collection, courtesy of National Archives of Singapore

R - A view of the Marina Bay and the Singapore River, consisting of the Fullerton Hotel (bottom R), which was formerly the General Post Office, and the Esplanade Theatres (C) and Singapore Flyer (top R) in Singapore. REUTERS/Edgar Su 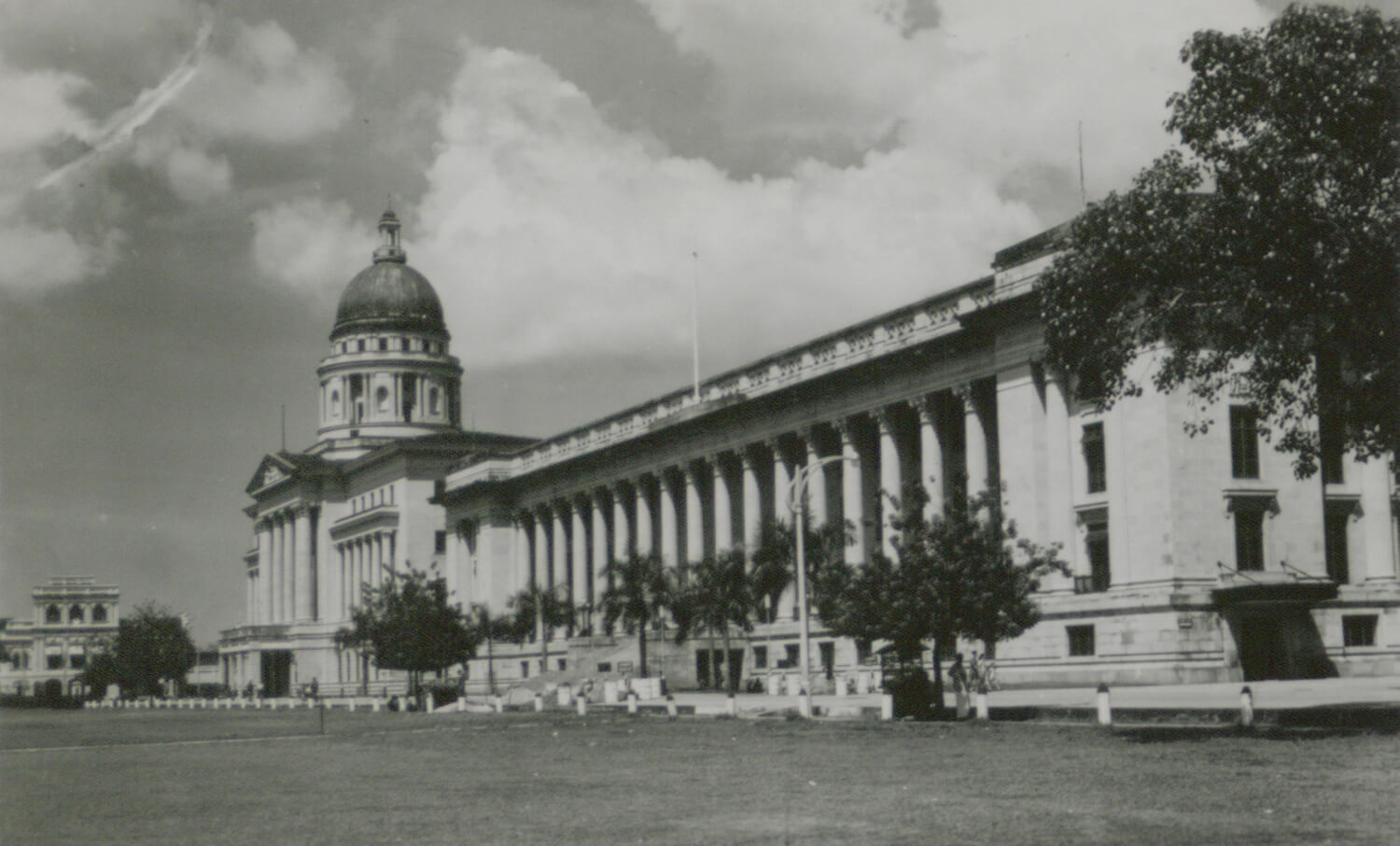 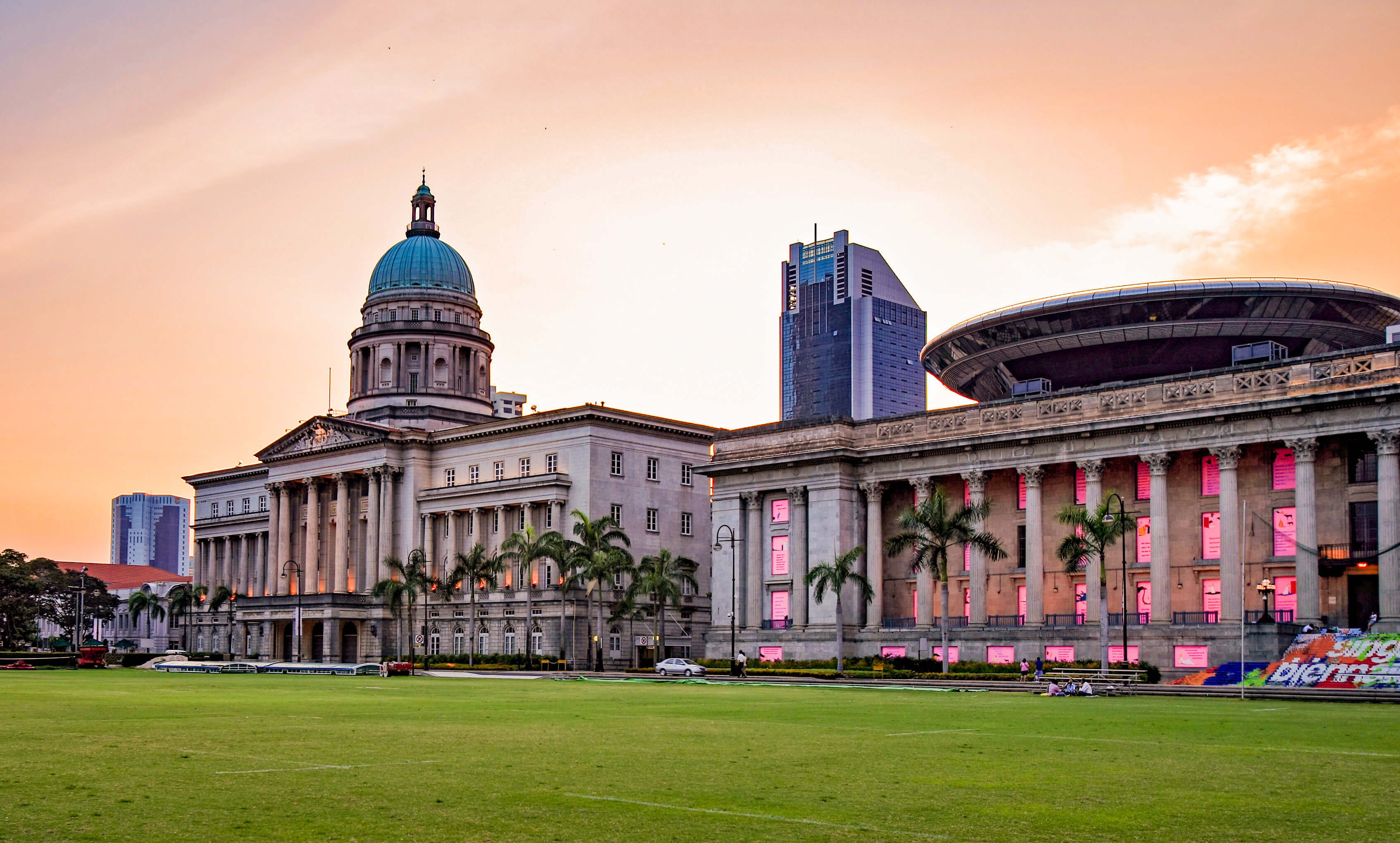 L – Municipal Building (right) and Supreme Court (with dome) at St Andrew's Road, Singapore. Completed in 1929, the Municipal Building was renamed City Hall in 1951 when Singapore was proclaimed a city by the Royal Charter granted by King George VI. Courtesy of National Archives of Singapore 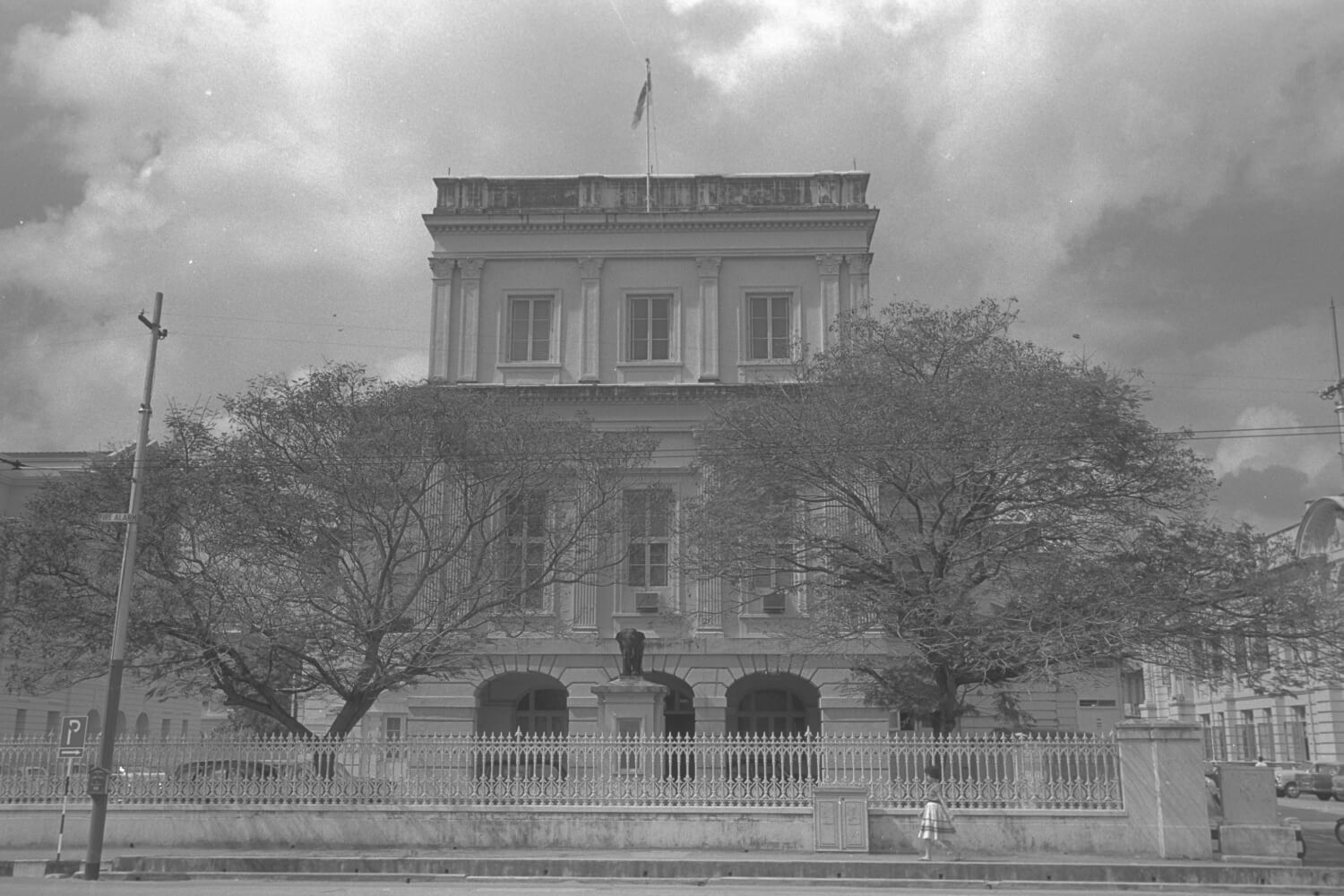 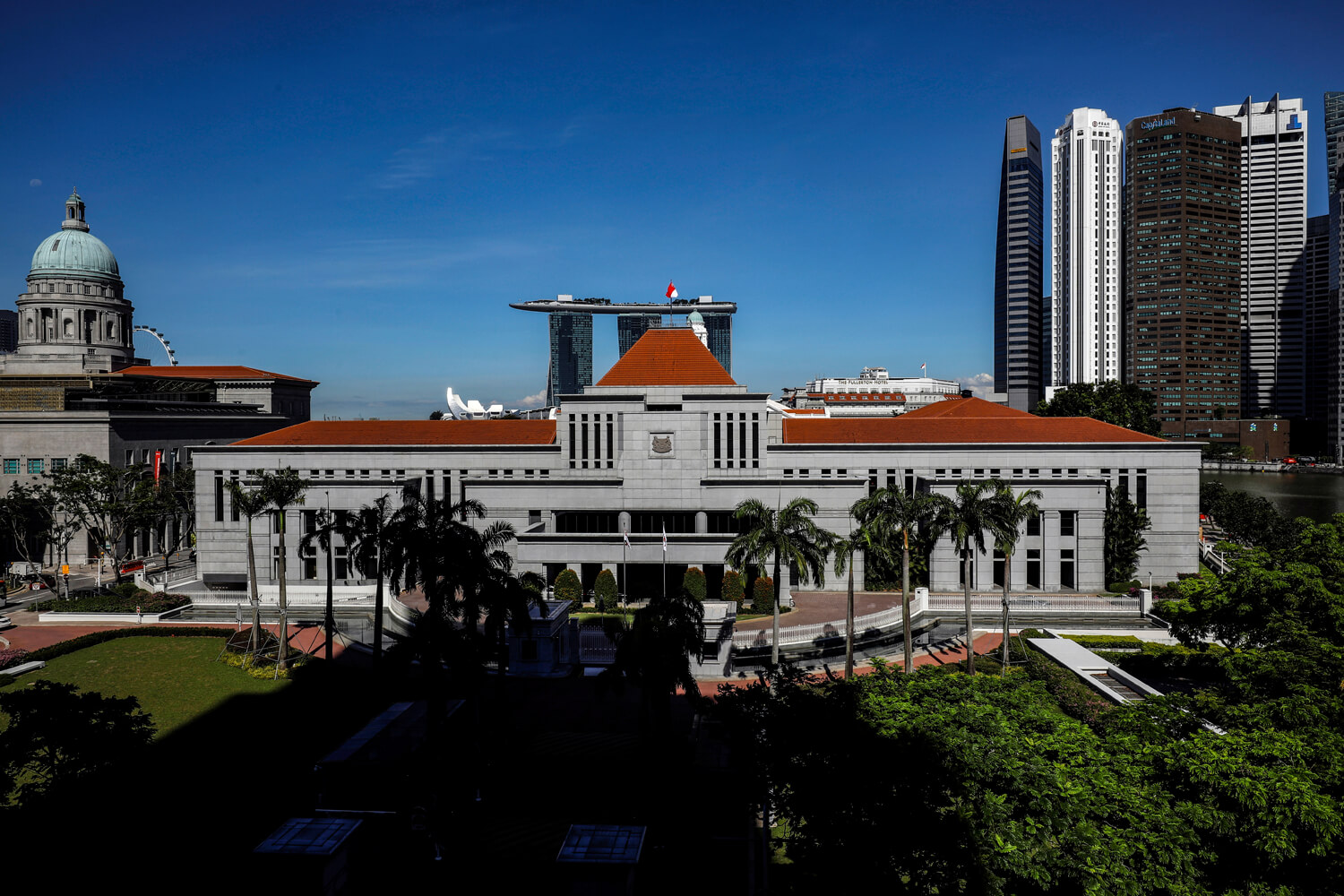 Coupled with experience from regional governments, sponsors and financiers, the ecosystem offers a neutral venue for dispute resolution and an international centre for debt restructuring, even on overseas assets. 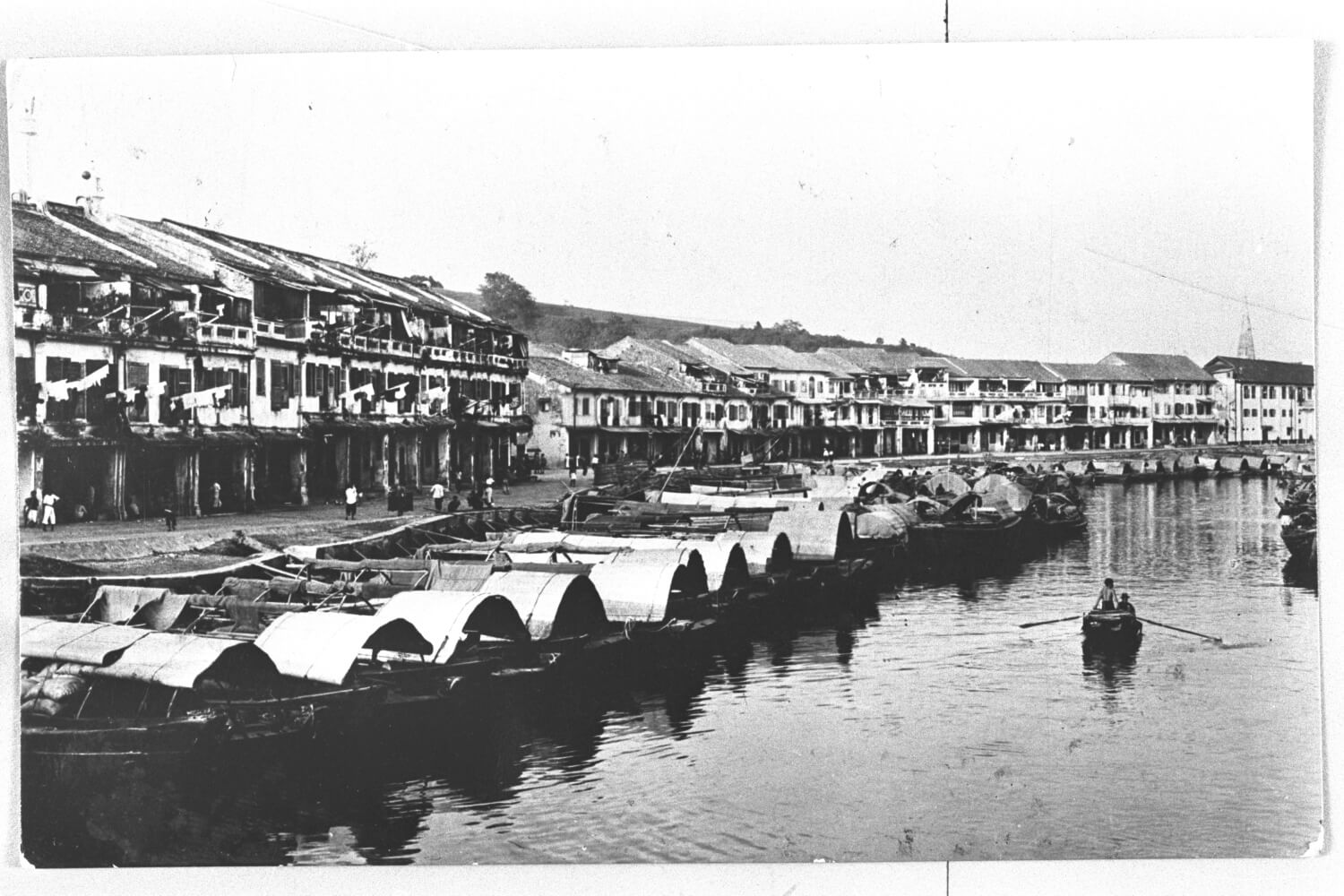 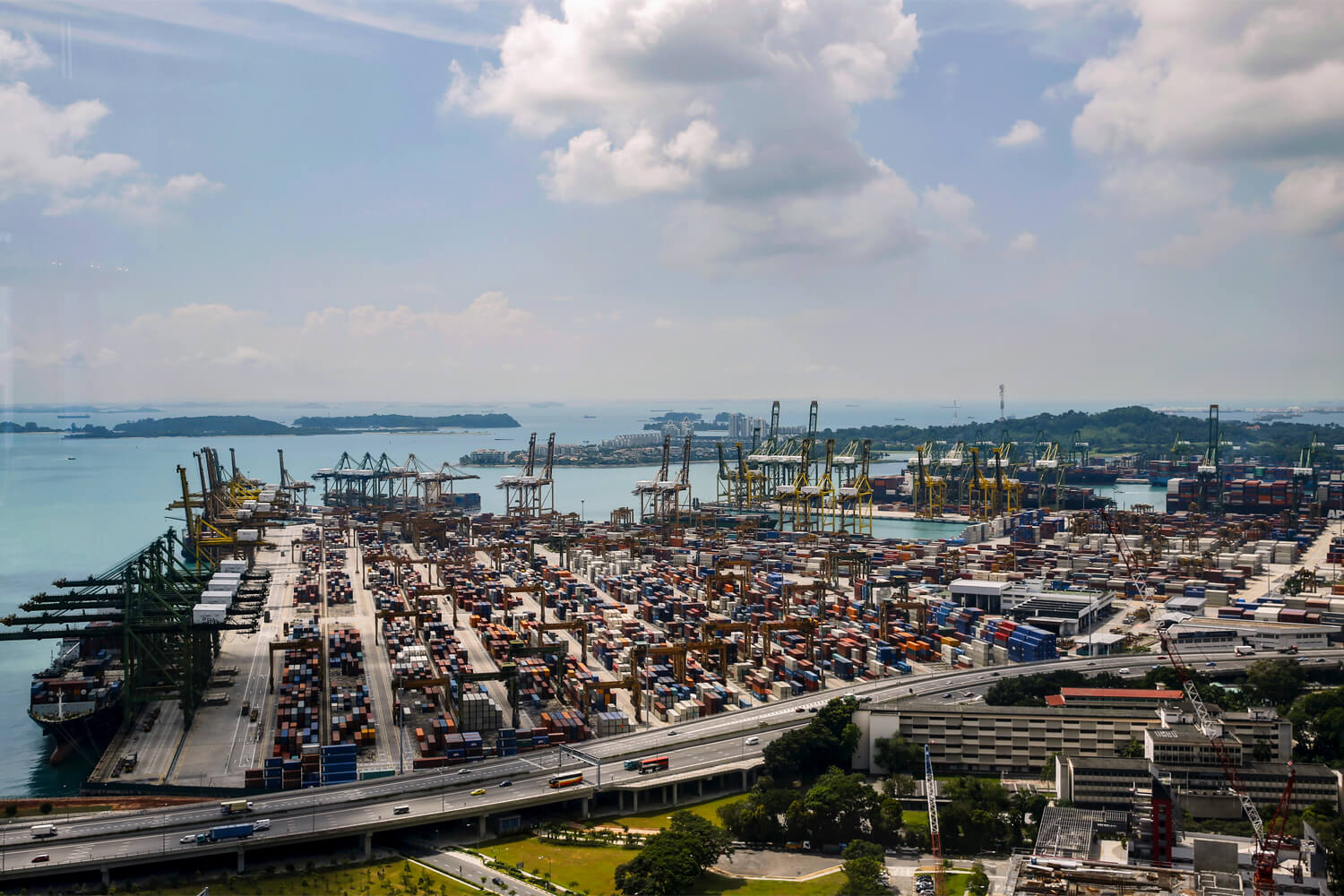 L – Bumboats (also known as tongkangs in Malay) berthed at Boat Quay along Singapore River, which were used principally to transport cargo between ships in the outer harbour and godowns along the river. Singapore Federation of Chinese Clan Associations Collection, courtesy of National Archives of Singapore

Local and multinational companies have played a significant role in the development of Singapore’s environment over the past 50 years. From master-planning to engineering design, procurement, construction (EPC) - firms are equipped with expertise across the entire value chain for local and regional infrastructure projects. 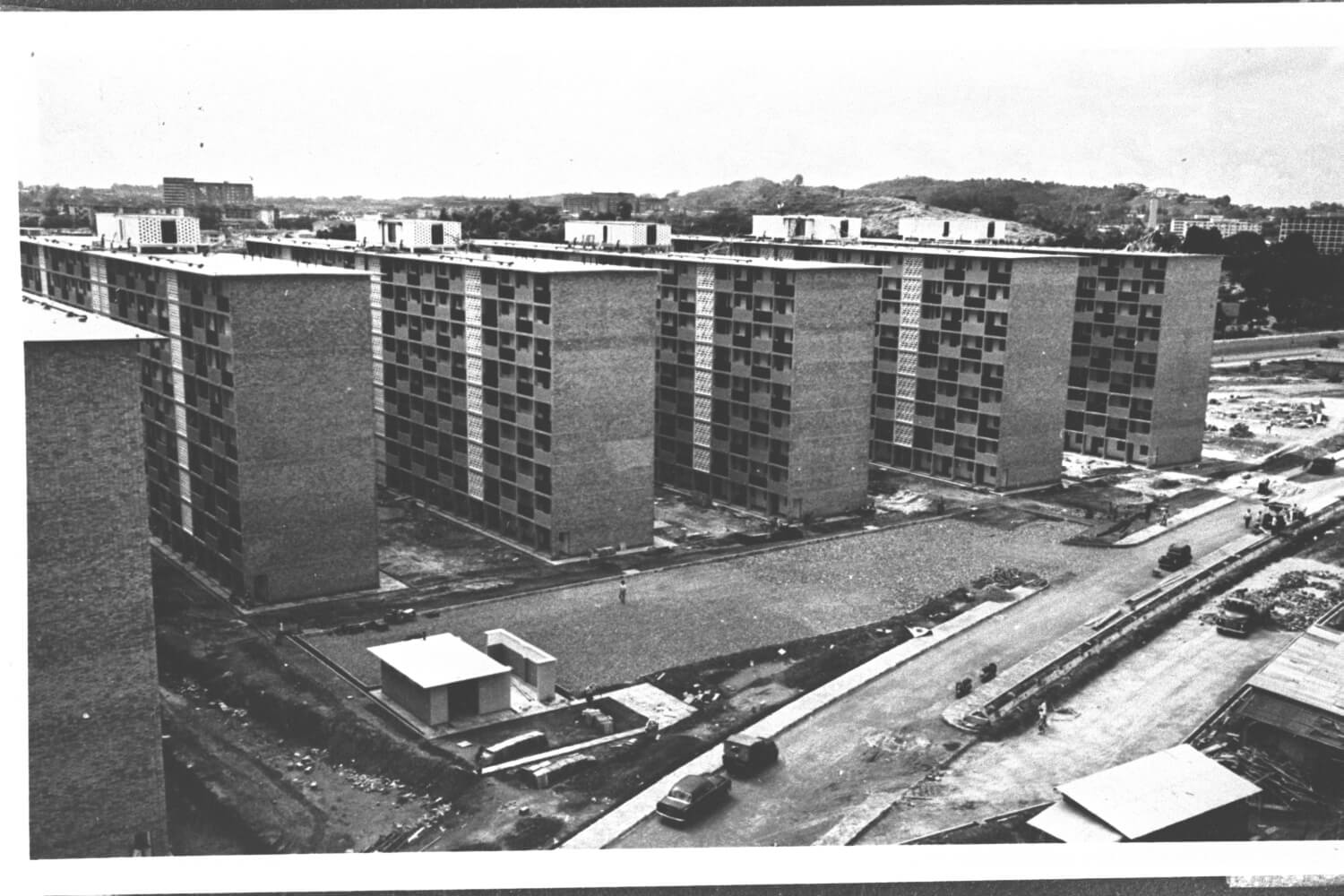 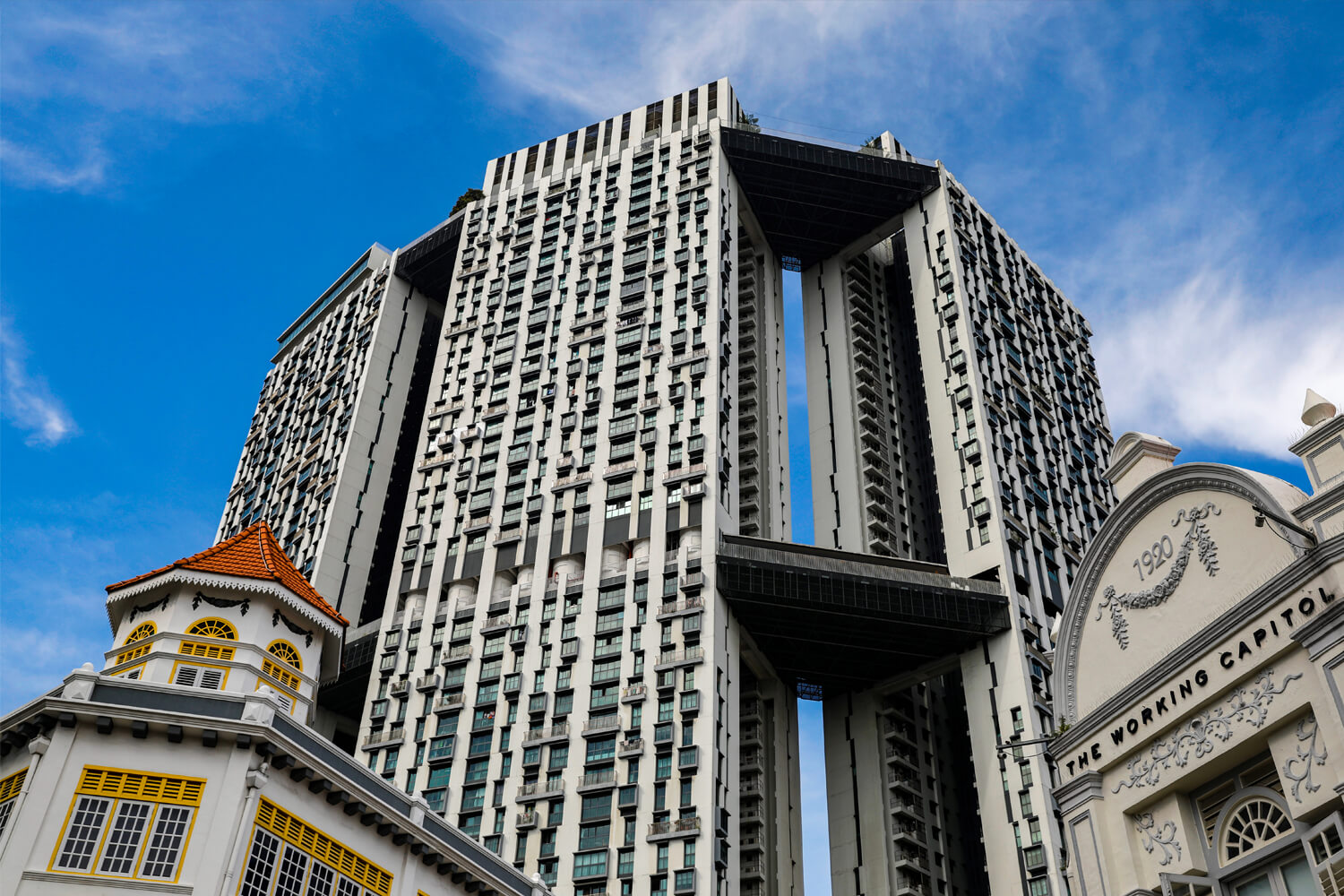 L – Completed blocks of flats built by Housing and Development Board (HDB) under contracts II & VII in Queenstown neighbourhood IV housing estate circa 1962. Ministry of Information and the Arts Collection, courtesy of National Archives of Singapore

The local workforce also plays an integral role in meeting the region’s growing infrastructure demand, where a thriving knowledge and research community exists to examine infrastructure risks and opportunities, as well as new applications of digital technology to EPC and infrastructure development. 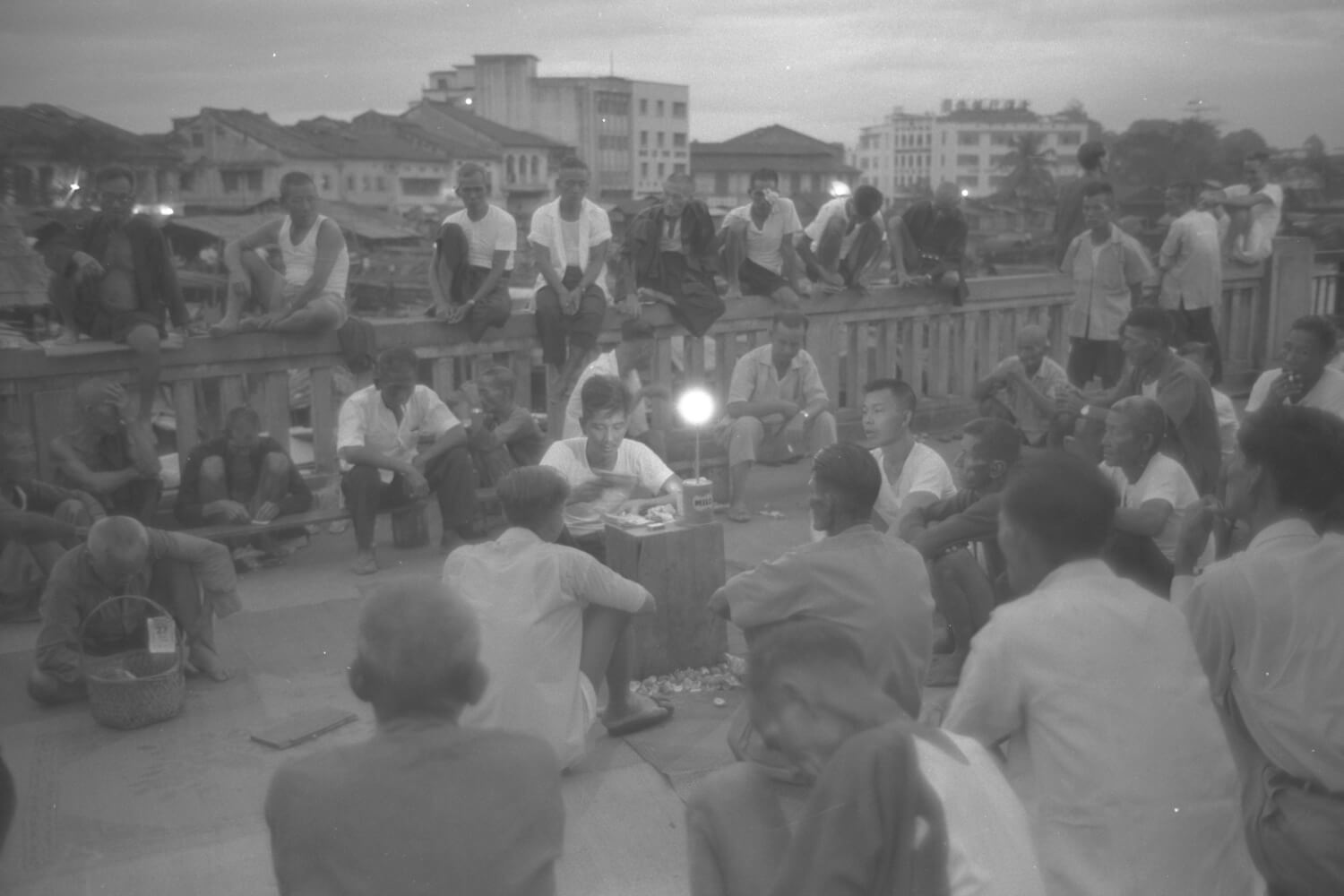 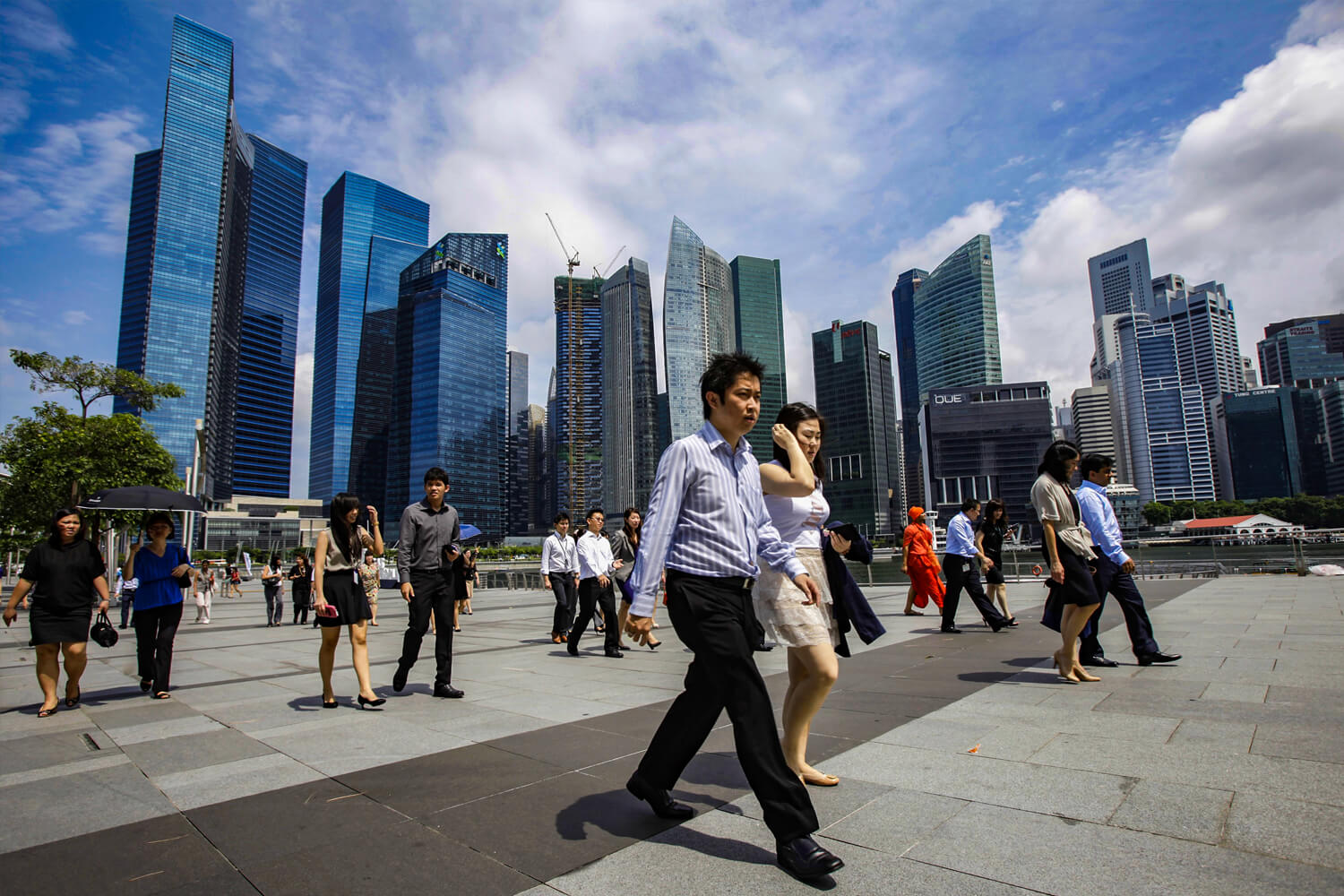 L – People gather along Singapore river circa 1960. Courtesy of National Archives of Singapore

R – The lunch time crowd walk on the promenade in front of skyscrapers of the Marina Bay Financial Centre in Singapore. REUTERS/Tim Chong

Singapore today works closely with several multilateral development banks including the World Bank and the Asian Development Bank to drive infrastructure development in the region. 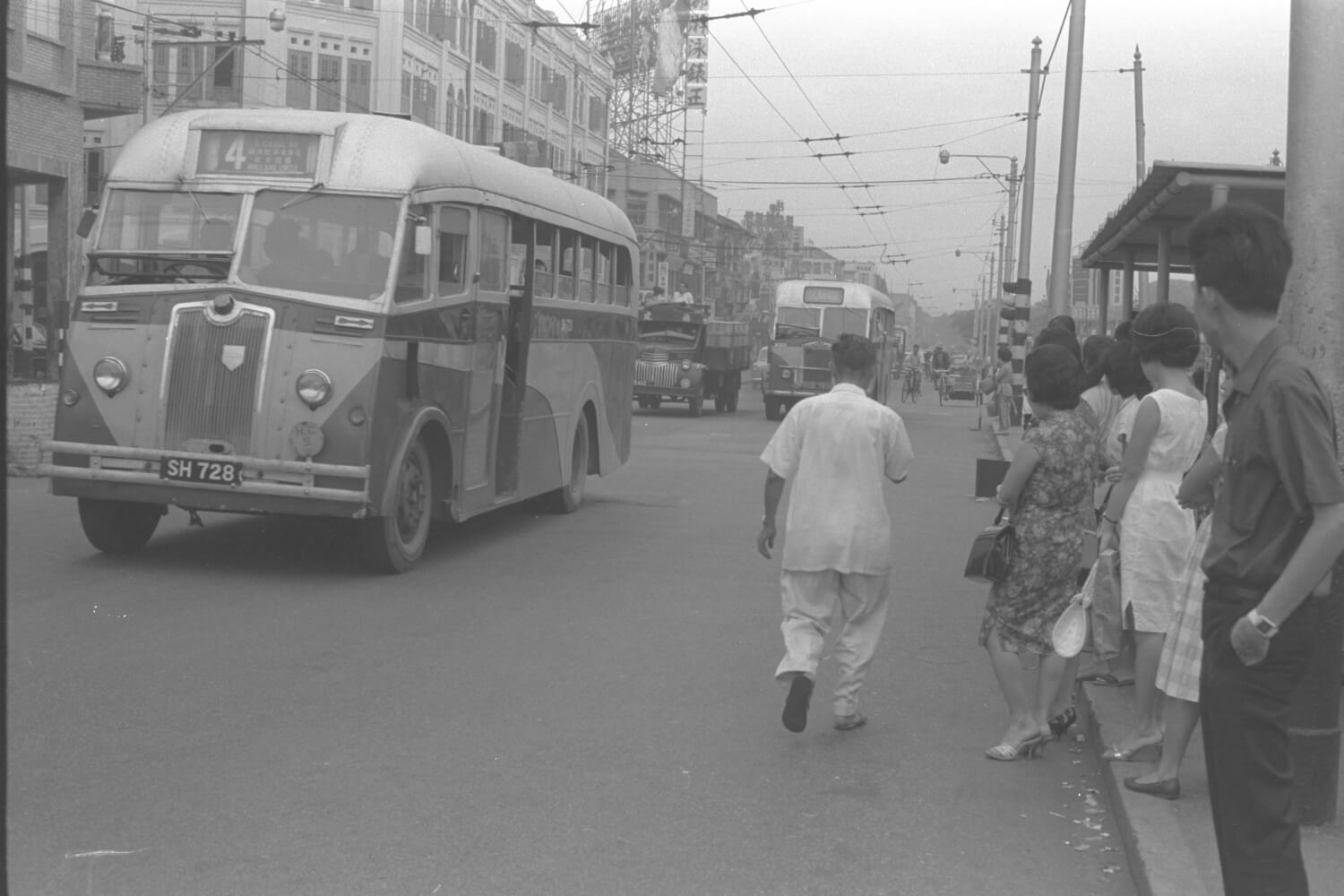 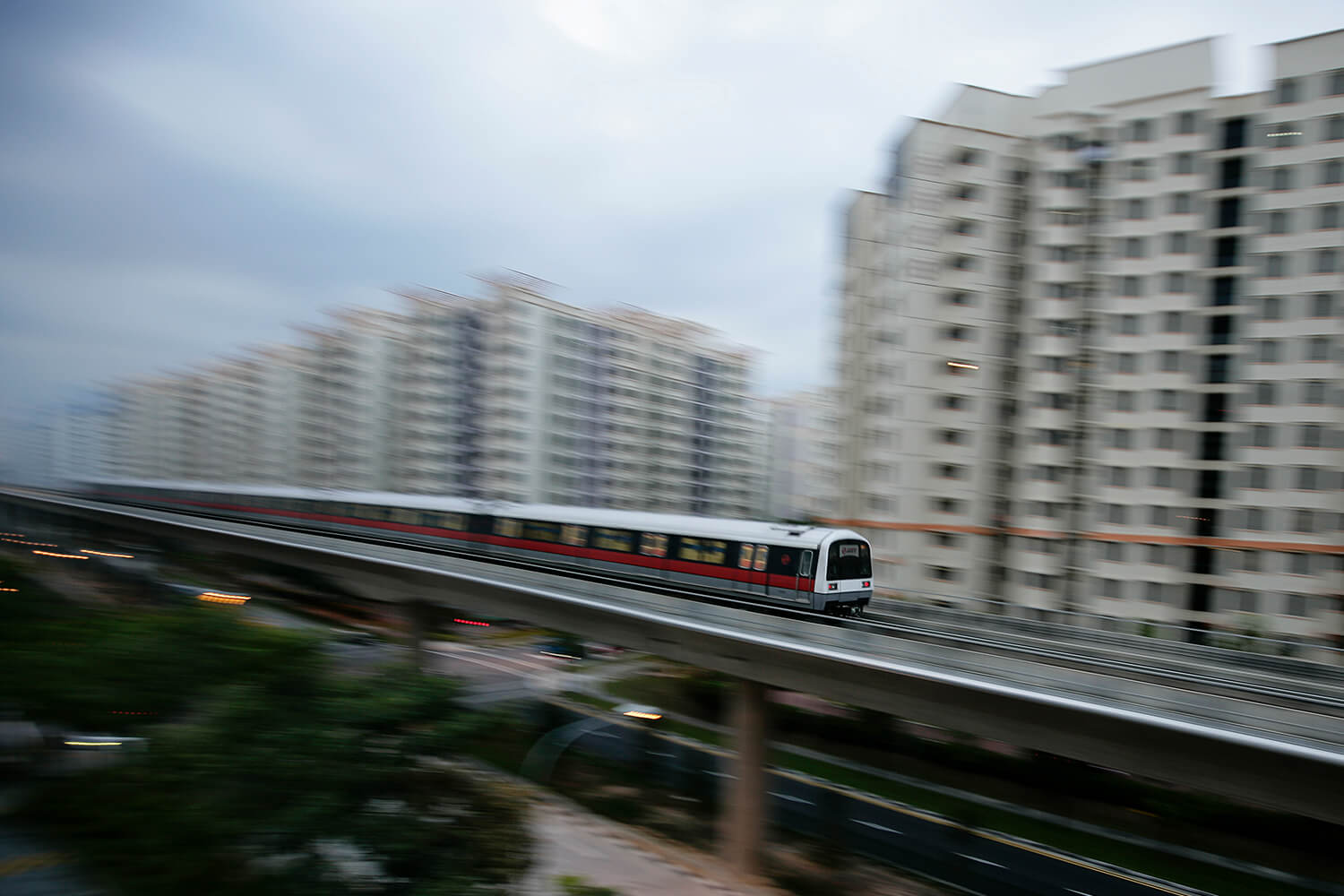 L – Commuters at a bus stop along Bencoolen Street circa 1960. Courtesy of National Archives of Singapore

R – An MRT train travels along a track in a neighbourhood in Singapore. REUTERS/Pablo Sanchez

This piece of content is brought to you by Enterprise Singapore and Infrastructure Asia. 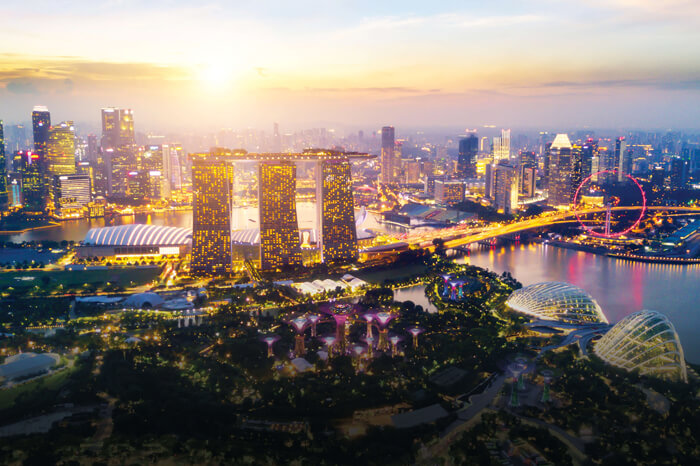 Infrastructure will shape our future in more ways than one. From now until 2030, Asia needs US$1.7 trillion in infrastructure investment to sustain growth and quality of life in the face of urbanisation and climate change. 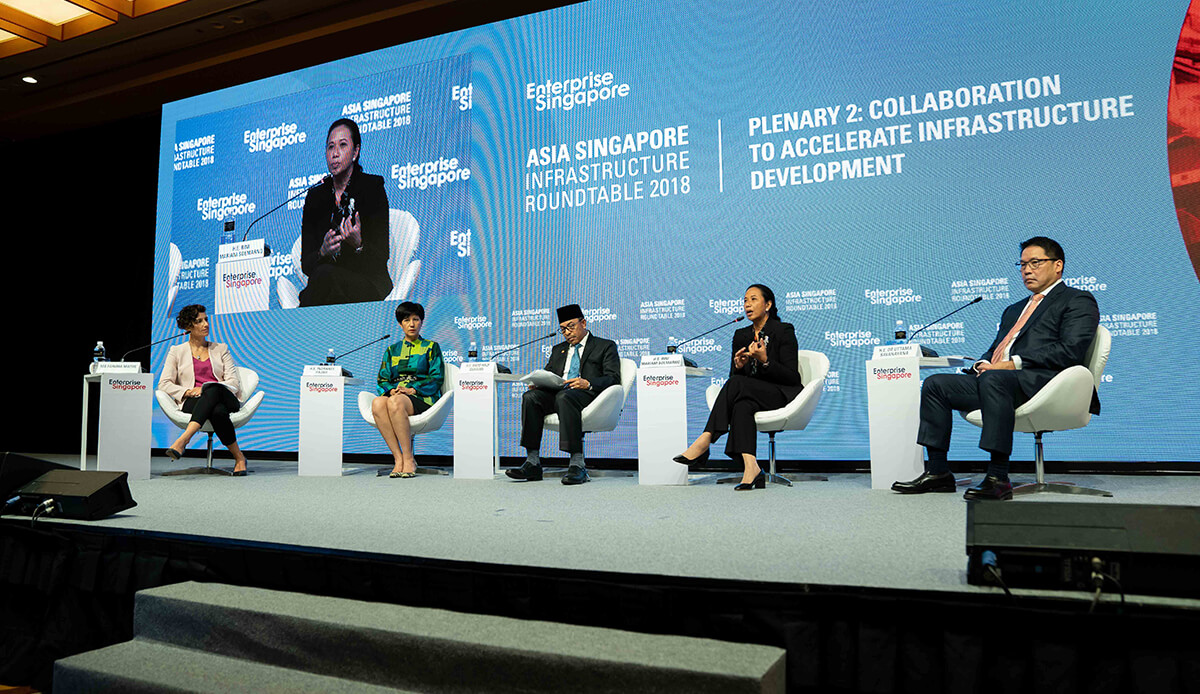 Policy makers and industry leaders share fresh perspectives on the future of infrastructure at the Asia Singapore Infrastructure Roundtable. 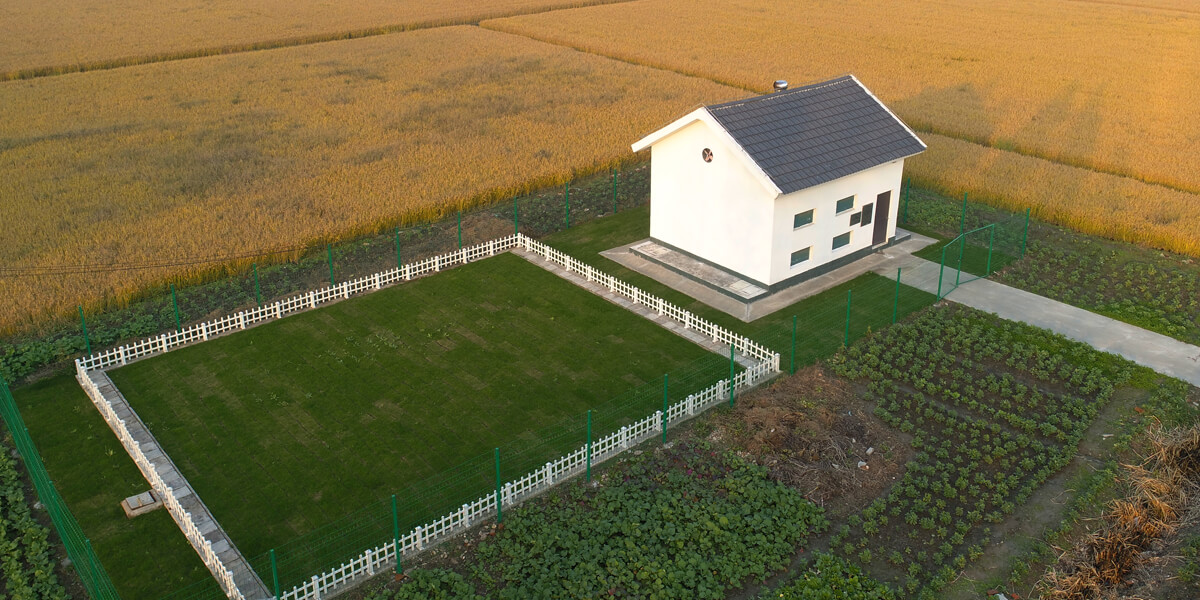 In a province near Shanghai, Singapore’s AnnAik is keeping China’s waterways clean. 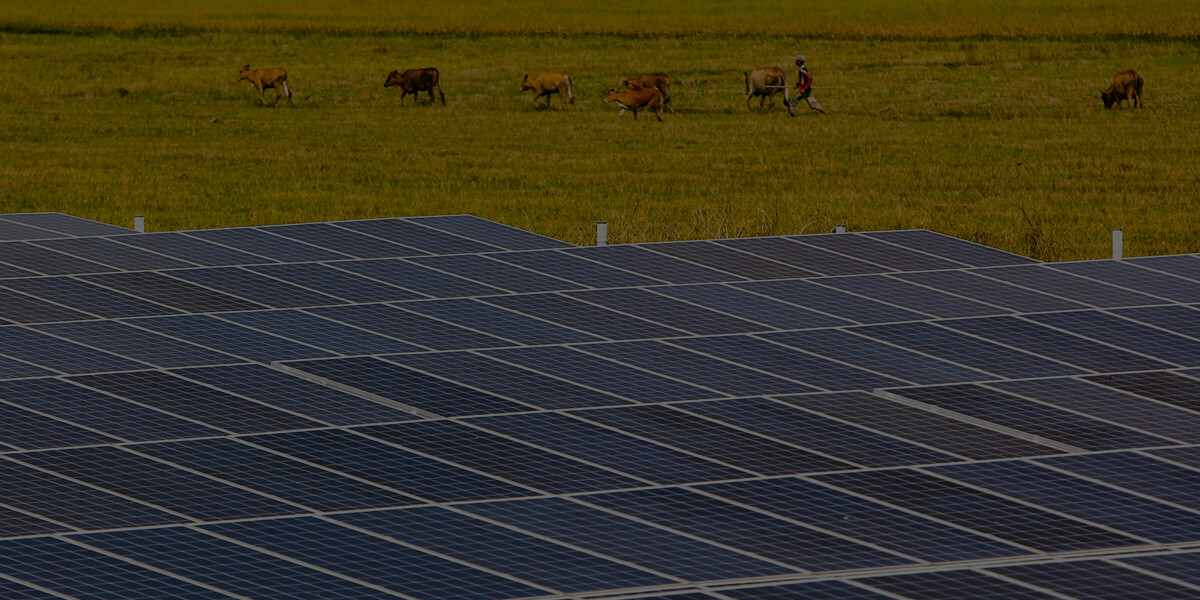 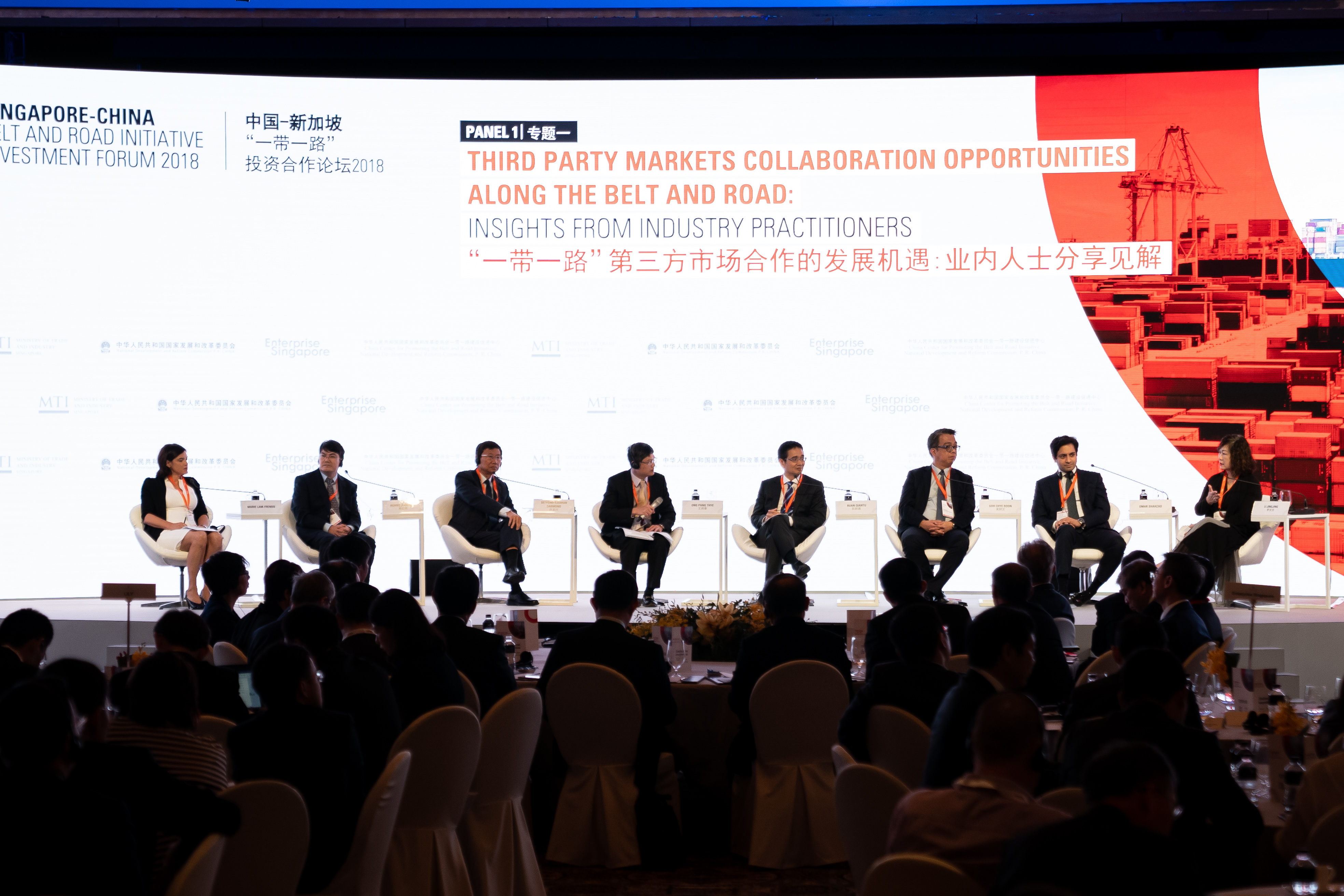 Collaboration is key for the Belt and Road Initiative 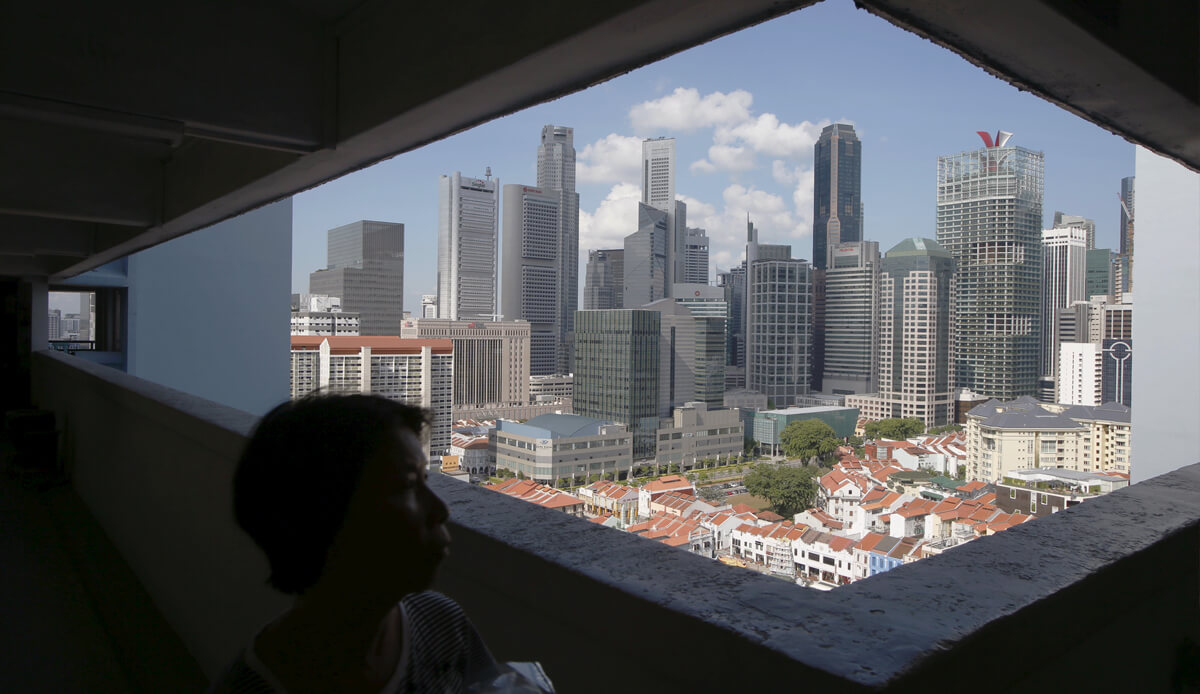 Infrastructure is vital for growth – so how can Southeast Asian nations address the widening gap between what’s needed and what’s available? 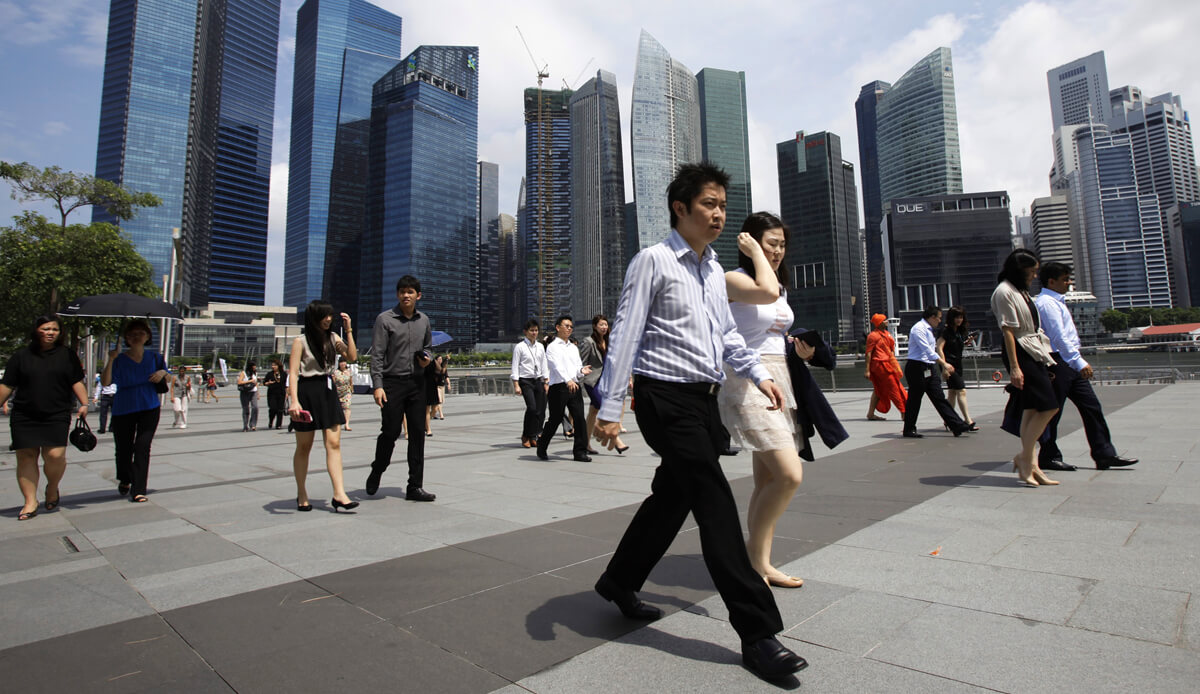 Stable returns give private capital fresh appetite for infrastructure – and it couldn’t come at better time.