This content is sponsored by ANA and was created by Reuters Plus, the content marketing unit of Reuters.

Jack Sim, founder of the World Toilet Organization, is on a mission to build and improve toilets all around the world. With 15% of the world still practicing open defecation and 40% not having access to basic handwashing facilities - this mission is definitely not for the faint-hearted.

The Business of Doing Business

In India, Jack’s WTO started a World Toilet College to educate locals such as sanitation workers on the importance of good hygiene.

By introducing proper machinery and protocols, not only is the training improving the lives of sanitation workers but is also upscaling the workers and pushing up their wages.

Born in 1957 in Singapore. Jack is a self-made millionaire who came from a lower-income family. After failing his ‘O’ levels, he went on to be a successful businessman. But during the recession, after losing half his wealth, he wanted to give back to humanity. After realising that toilets and sanitation were serious issues that were being neglected, Jack became a toilet activist. In 2001, he established the World Toilet Day and was instrumental in getting the United Nations to create World Toilet Day on November 19th. Jack’s advocacy work has inspired a global movement leading Prime Minister Narendra Modi to build 110 million toilets in India and President Xi Jinpeng leading the Toilet Revolution in China. 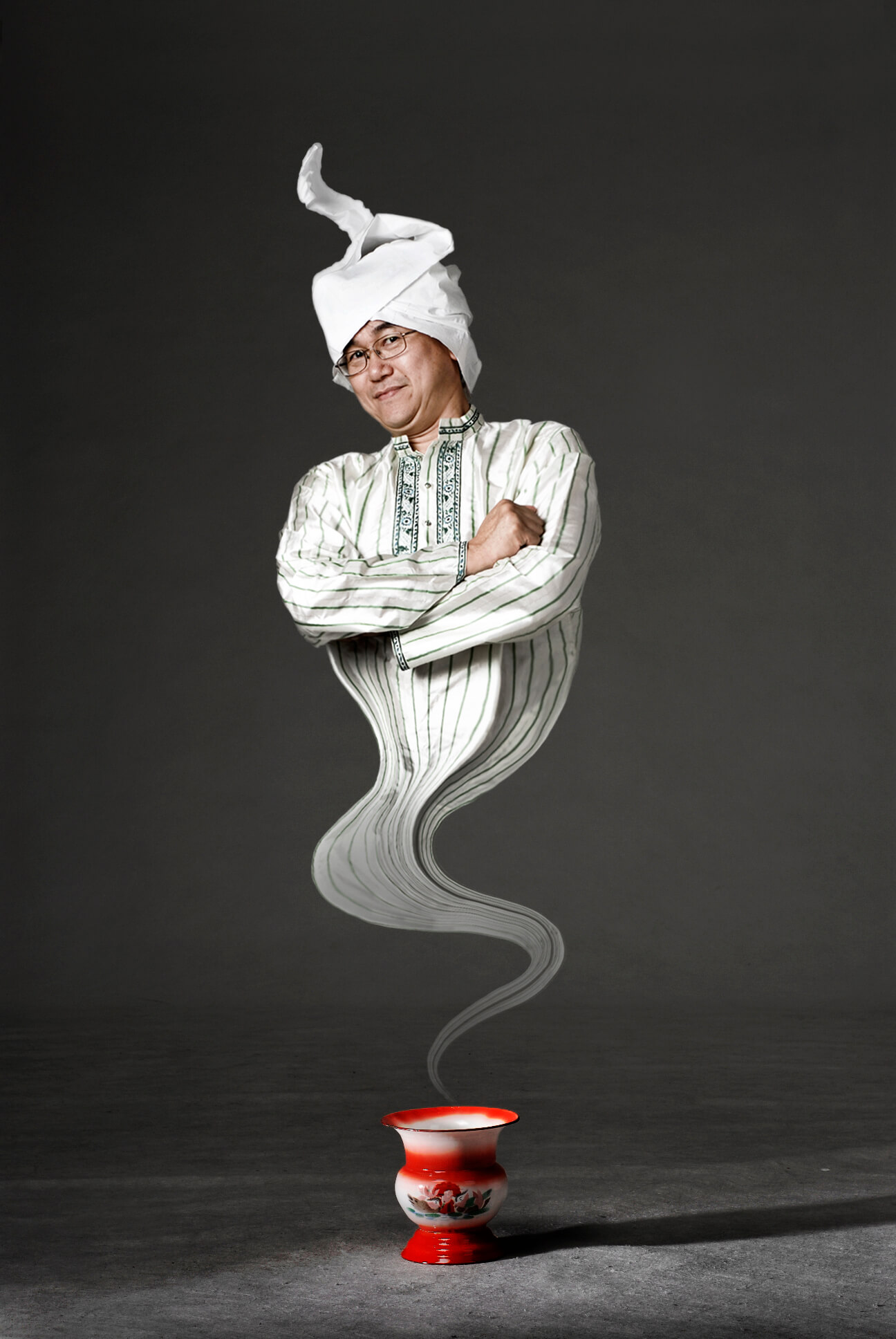 Pushing For A Crap Agenda

Jack Sim probably stars in the widest collection of photos squatting above a toilet than anyone else in the world.

On a mission to improve the world’s pressing sanitation problems, Jack, the self-proclaimed Mr Toilet, is intent on pressing his cause with a laugh.

Armed with a potty mouth, a ready-smile and a seemingly-endless wardrobe of poo-inspired outfits, Jack uses humour to bring people’s attention to this serious yet taboo subject.

I’m not an expert on sanitation issues, Except, of course, I have 60 years of experience going to the toilet.

Jokes such as these are typical from Jack. In school, Jack was a class clown, who did not take schoolwork too seriously. After entering the workforce early, he worked in 16 businesses and achieved financial success in his 40s. But in a total about-turn, Jack decided that money was not his sole goal and that he needed to “live a useful life”.

In his search for meaning, Jack discovered that toilets were the ticking time-bombs facing the developing world but that the issue was widely ignored.

In 2001, Jack decided to form the World Toilet Organisation. He took a gamble as he may have faced opposition from the other WTO – the World Trade Organisation. But the “guerrilla marketing” worked and Jack garnered lots of media coverage.

Jack says he drew a lot of inspiration for his marketing campaigns from his mentor, Thailand’s own Mr Condom.

Egging Jack to lose his inhibitions and not be self-conscious, Mr Condom advised that “when people laugh, they also listen.” Sim embraced that advice wholeheartedly.

From wearing poo emoji costumes, to repurposing a toilet brush for his hair, no image of Jack is complete without a toilet reference.

“Once you understand that you are doing it for the mission, you don’t really feel upset when people call you stupid or crazy or whatever,” says Jack. “The conversations I have can be rather awful. It’s about poo and pee, which is very personal. So when people laugh it’s a relief, it’s an ice-breaker.” 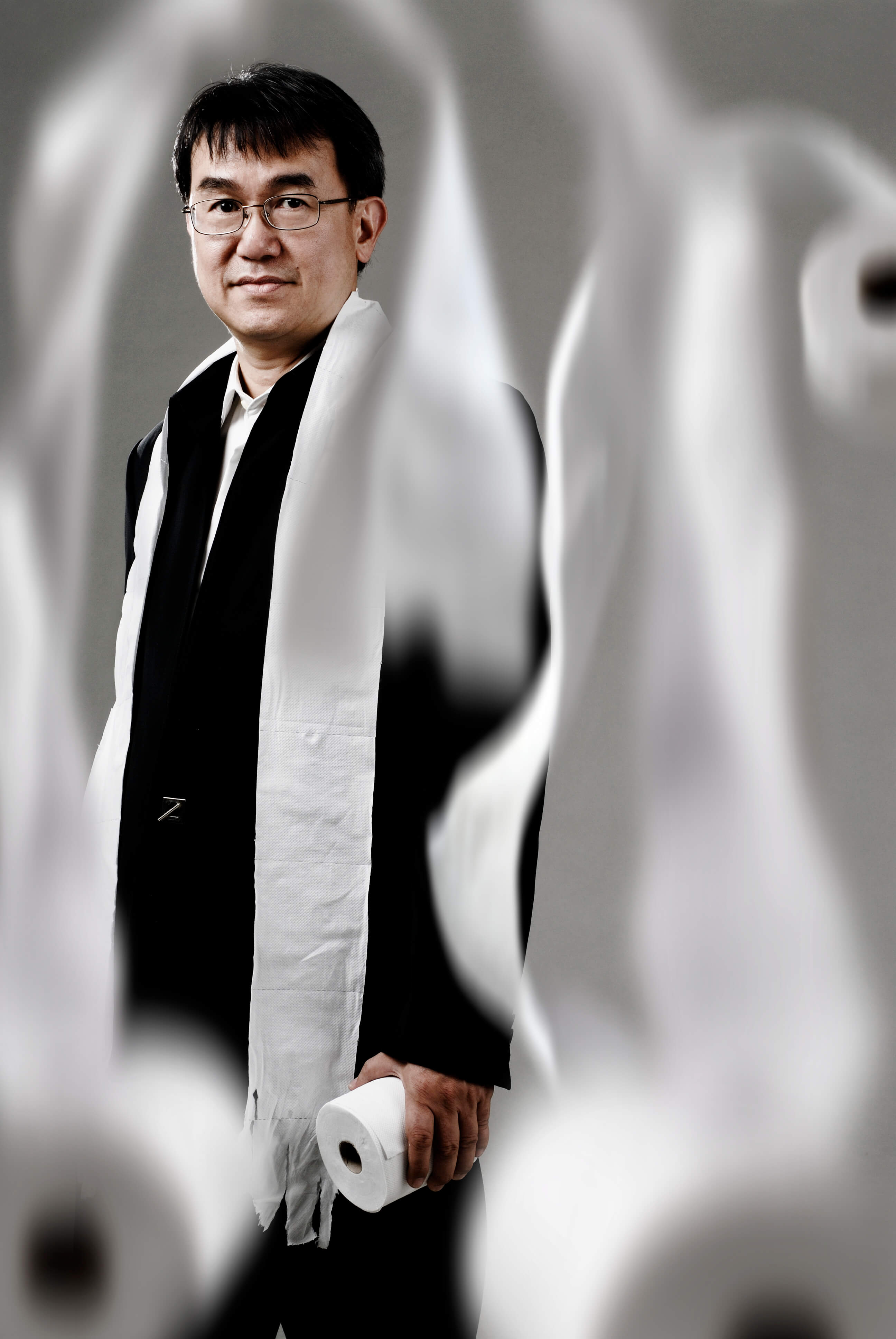 This strategy has been wildly effective. In 2008, he was named Time Magazine’s Hero of The Environment. The following year, Jack created SaniShop, a social enterprise that helps to teach locals how to build and sell their own pour-flush toilets. So far, SaniShop has built 20,000 household latrines just in Cambodia and India and trained over 570 sales entrepreneurs.

The proudest moment in Jack’s life came a few years later when World Toilet Day was officially designated by the United Nations in 2013. Having spent 13 years convincing the Government of Singapore to take up the resolution, World Toilet Day is a testament of Jack’s dogged perseverance.

“Without spending any money or having any resources, we unleashed the power of storytelling by using humour,” says Jack.

While some may think it trivialises the matter, using humour to tear down the stigma around toilets is so successful because laughter is universal and transcends all cultural and social barriers.

Ultimately, getting the message across is of utmost importance to Jack because the consequences of proper sanitation are very far-reaching from health, the environment, safety and even education.

According to UN data, 4.2 billion people, more than half of the world’s population, still live without safely managed sanitation and 673 million practice open defecation.1

Each year, diarrhoea kills approximately half a million children under the age of five.2

The benefits of improving sanitation, however, go far beyond diseases. Toilets are also about providing dignity and safety, particularly among women and girls. When public toilets areinaccessible , too dark or not secure, women are at a higher risk of harassment.3 Evidence even shows that access to safe and clean toilets encourage girls to stay in school.4 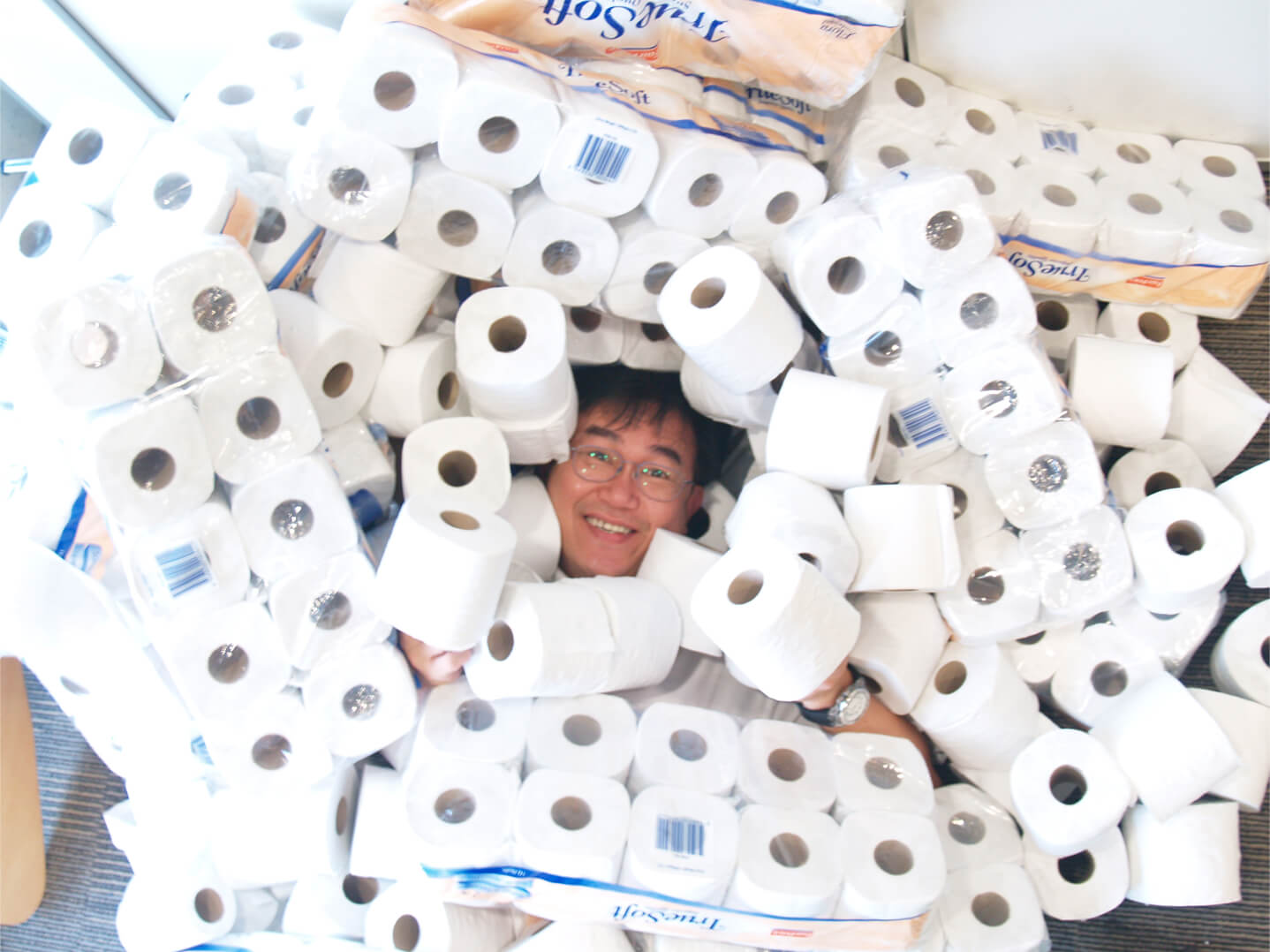 Keen to make even more of a difference, Jack has set his sights now on tackling poverty. With some 4 billion people earning less than $8 a day, Jack’s Base of Pyramid Hub is undoubtedly his most ambitious social enterprise yet.

Jack believes that through an orchestrated global campaign and by using market forces the issue of poverty can be addressed successfully. Described as a business accelerator platform, the mission at BOP is to create an efficient marketplace for communities by supporting entrepreneurship, connecting partners and sharing resources.

“A lot of society’s problems have already been solved and BOP is a platform that will gather the proven solutions and share them,” says Jack. “The problem we have nowadays is that people have too much ownership over their own ideas, which impedes impact.”

At its most simplistic, BOP is about “using the ecosystem to replace the egosystem” says Jack, who criticizes our system that bets on the winners and neglects the losers.

Using toilet humour at its best, Jack has changed tens of thousands of lives. Having turned his attention to greater heights, it will be exciting to see how Jack replicates his scatological success in the crippling issue of poverty. One thing is for sure though, he’ll do it with a wink and a smile.

Since the program started, 15 Rainbow School toilets have been built. And WTO is now working alongside China’s Ministry of Education to adopt the same model for over 200,000 schools in China. 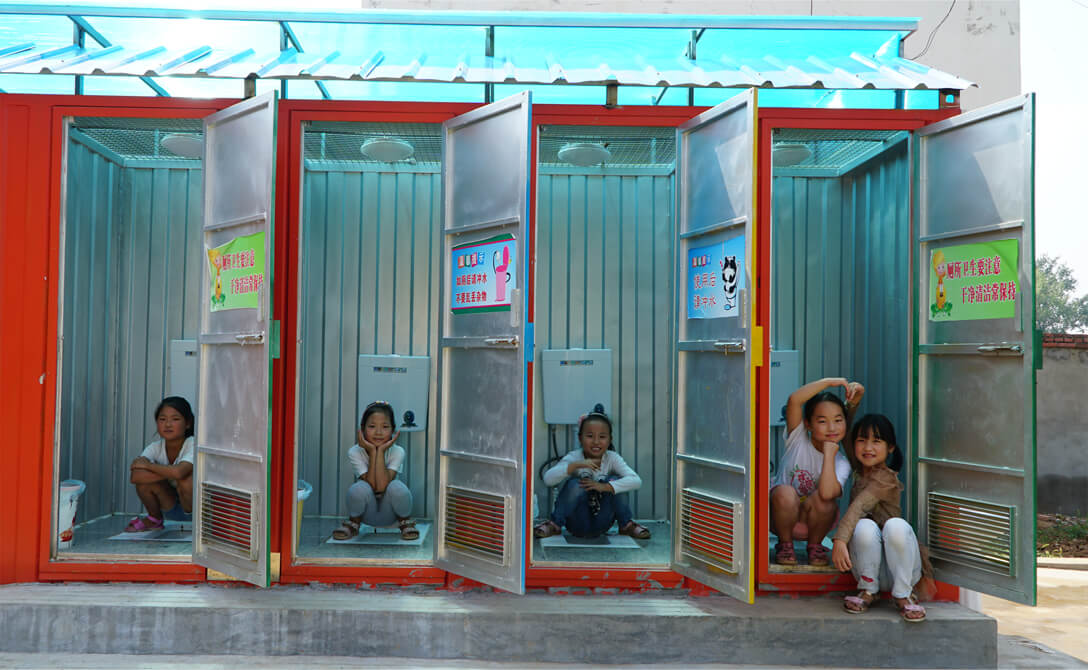 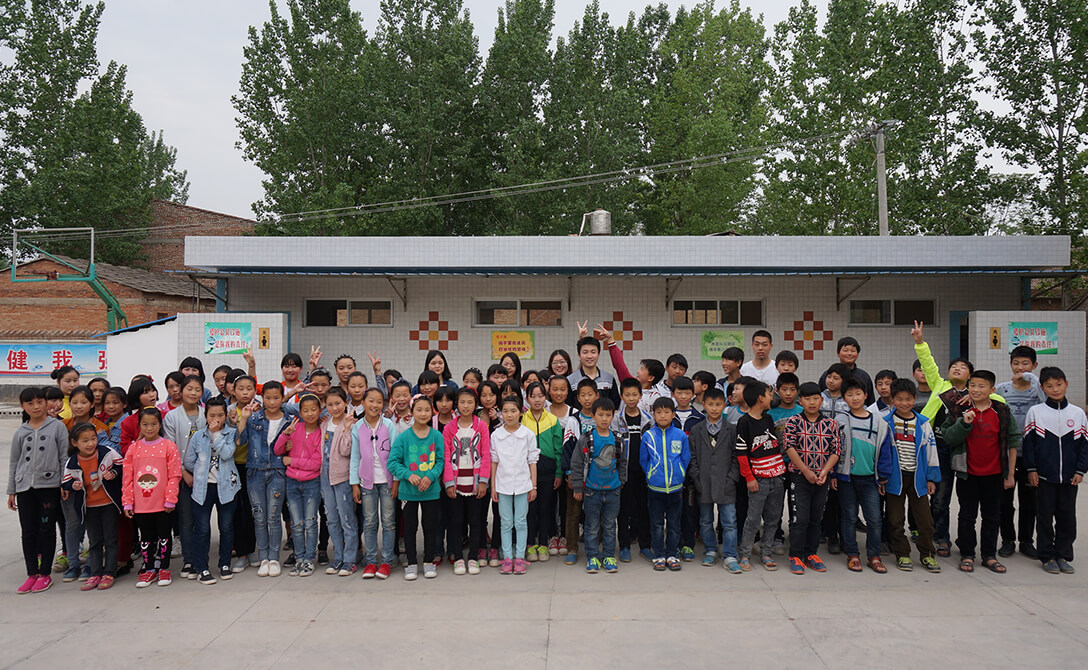 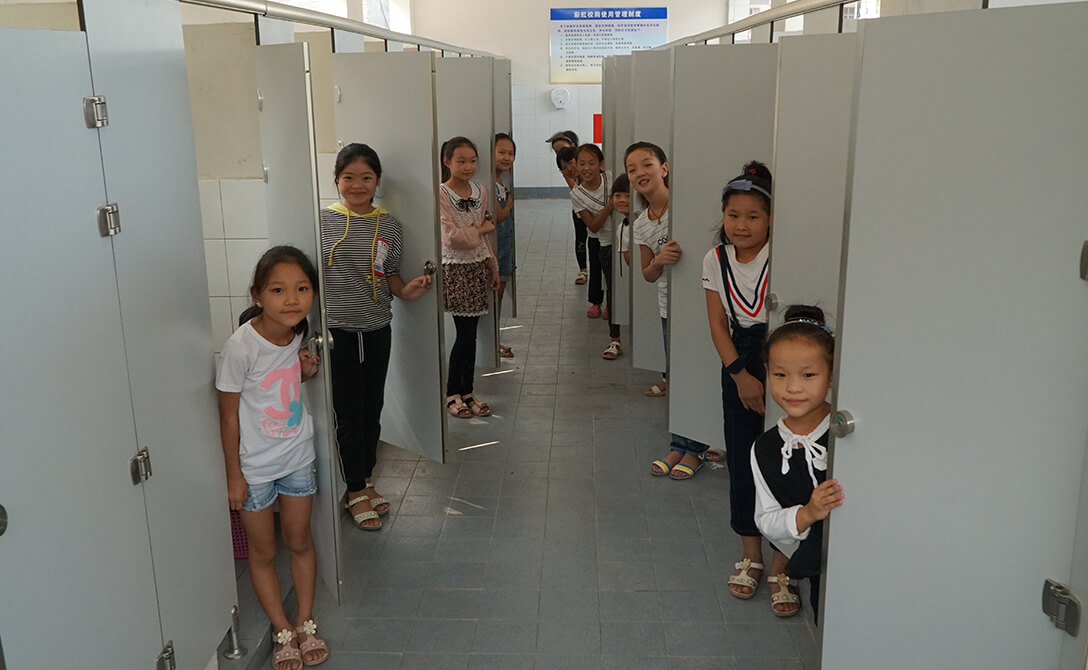 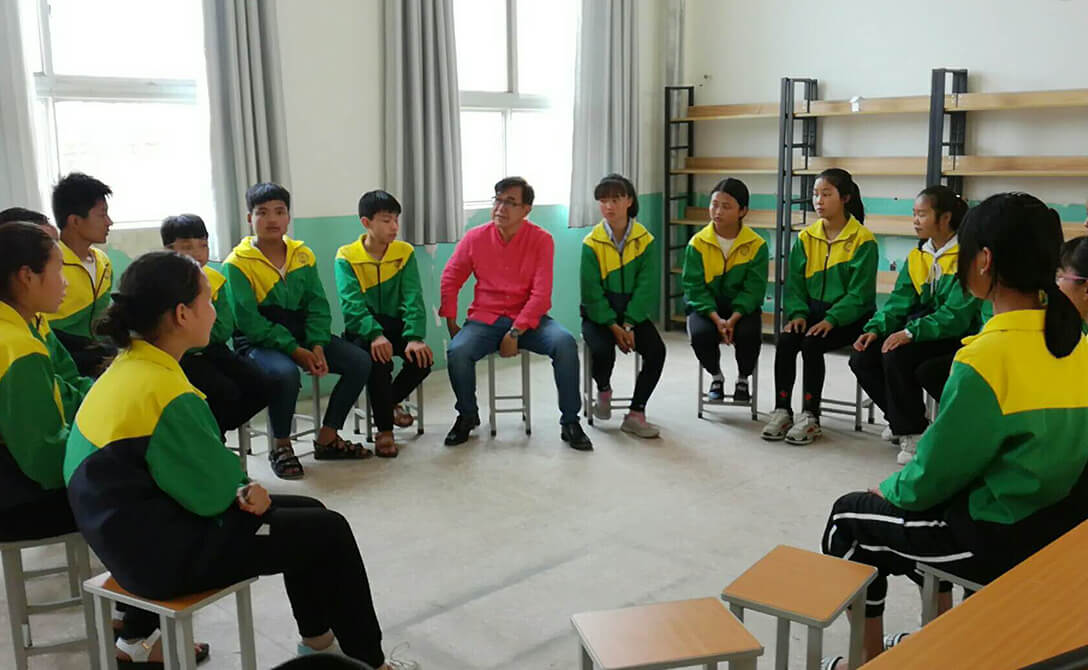 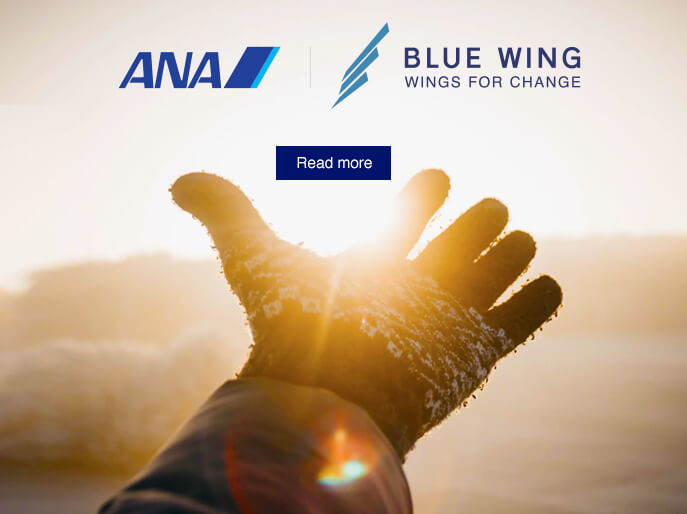