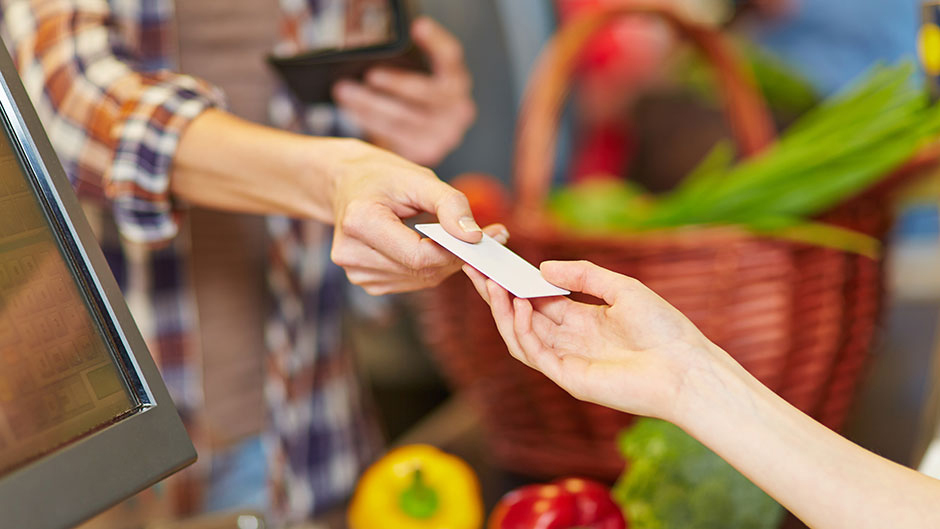 
Spot a shopper anywhere in the US, and you’ll most likely find a rewards-program subscriber. A vast majority of American adults—80 percent—belongs to some type of loyalty program, according to a recent Synchrony Financial poll. However, while Americans clearly love their rewards, they don’t love all programs equally, poll data show.

Synchrony Financial, in conjunction with Reuters Content Solutions, commissioned the Ipsos poll of more than 3,000 American consumers to find out which loyalty programs they liked best, how much they value those programs and what reasons they have for enrolling.

The most popular programs are related to groceries, dining, drugstores, and apparel, which is not surprising given that these types of businesses attract repeat visits. Grocers, in particular, offer products used on a daily basis, which may account for the fact that 86 percent of shoppers surveyed rated their programs as valuable. Dining, drugstore and apparel programs followed, with 70 percent, 68 percent and 65 percent of respondents, respectively, rating them as valuable.

Loyalty programs focused on home goods also garnered a strong valuation with 53 percent, followed by consumer electronics and automotive. Airlines, despite their nearly ubiquitous and well-advertised rewards programs, were rated valuable by only 48 percent of respondents.

Even within these segments, however, not all reward programs are alike—and customers have some clear preferences. Forty-four percent of Americans surveyed said they most valued rewards perks that include discounts or gift cards to be used on any product they sell. Meanwhile, just 23 percent valued the ability to get a better price on specific items. 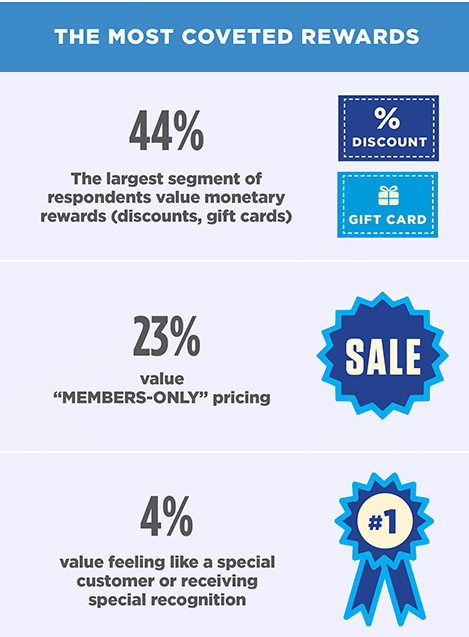 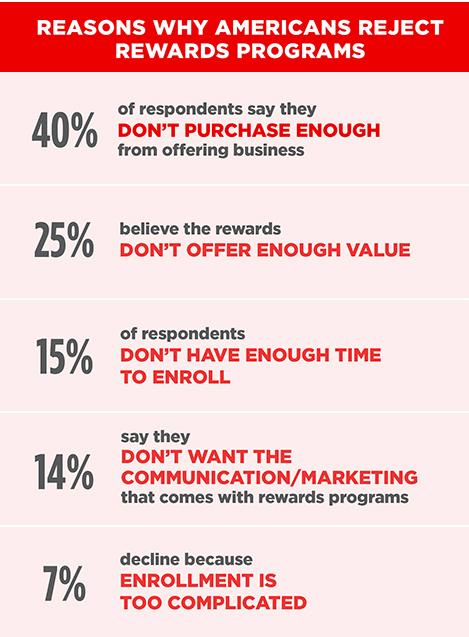 Retailers have taken note. Kate Coultas, senior manager of corporate communications for JCPenney, laid out their rewards program, which, she says, “offers a great way for customers to receive additional savings” during the holiday season. By paying with a JCPenney credit card, users can earn points that, when accumulated, result in rewards certificates. Beyond that, shoppers can earn gold or platinum status depending on how much they spend. Thus, customers have clear goals to work toward, which encourages spending and return visits.

JCPenney also offers an app to help manage its rewards programs, a feature that customers would like to see more of, according to the poll. While just 8 percent of shoppers polled said apps are their primary method for tracking rewards, 13 percent would still like to have the option. And some retailers have used the rising interest in app-centric rewards programs in creative, and ultimately attractive, ways.

Rafeh Masood, vice president of customer innovation and technology at Dick’s Sporting Goods, explained his brand’s rewards program, the ScoreCard loyalty program, and its cross promotion with fitness: “Not only can ScoreCard members track their points using the recently enhanced Dick’s mobile app, but they can now earn additional points by using the ‘Move’ feature.”

Massod said the new Move enhancement “allows users to sync their Fitbit or MapMyRun app to their ScoreCard account. Customers can earn ScoreCard points by connecting a fitness tracking app and by achieving activity goals.” Massod said his company’s hope is that this feature “inspires and motivates our customers to stay active and incentivize them for reaching their personal goals by offering real savings.”

While rewards programs are very attractive to most Americans, nearly a fifth of respondents—18 percent—don’t participate in any programs, even though only 5 percent say they’ve never been invited to join up. So why are Americans turning down loyalty program offers? Here are the top reasons consumers decide not to enroll, when prompted:

“Consumers are saying the effort they have to make for the rewards is too difficult versus the actual reward,” says Barry Kirk, the vice president of loyalty strategy for Maritz Motivation Solutions. “Brands need to evaluate the velocity to earn, how fast [customers] can earn the reward to make it worth it. What that means is you have to make it a lot easier for someone to achieve their first redemption. It might be something in a month, three months. And after that first redemption, you can make it more challenging.”

As this and other findings garnered by Synchrony Financial show, customers are seeking value over, and above, most everything else in a rewards or custom offer program. Retailers who are making their loyalty programs easily accessible and seamless with customer habits and wants are going to be the most successful in attracting—and maintaining—engaged relationships.