‘This content is sponsored by the Ministry of Foreign Affairs and was created by Reuters Plus, the content marketing arm of Reuters’

In 2014, Thailand was reportedly on the verge of a recession with a growth rate of less than 1%. Read how policymakers revised its economic model to elevate the country’s status in an increasingly advanced digital generation.

Thailand prides itself as an economic success story, with sustained growth and considerable poverty reduction. However it was only 5 years ago in 2014, when Thailand was reportedly on the verge of a recession. Facing a growth rate of less than 1%, the second largest economy in Southeast Asia was stuck in a middle-income trap -- an economic ceiling that many developing countries hit. Recognizing the need to propel the country out of the middle‐income trap, policymakers understood the need to “Digitalize Thailand”. The goal was to revise its economic model to elevate Thailand in an increasingly advanced digital generation.

Thailand 4.0, a proposed economic model, was launched in 2016. It focused on innovation, and high‐level services, propelled by advanced digital technology. This move transformed Thailand’s digital economy, notably with an agreement between Alibaba and the Thai government. Alibaba had pledged to develop the country’s e-commerce sector by providing training to 30,000 Thai SMEs. The training hub was aimed at empowering Thailand’s internet start-ups and boost the country’s technology ecosystem.

Since Thailand’s digital revolution, the country experienced a shift towards a cashless economy. In a bid to stay competitive in the Financial Technology (FinTech) sector, Thai banks began to quickly invest in digitalization. In 2020, Kasikornbank (KBank) announced that it would be allocating 17 billion baht (536 million USD) to digital infrastructure developments and core banking systems, over a three-year period. Similarly, Siam Commercial Bank committed to invest 40 billion baht (1.2 billion USD) in creating, acquiring and developing its technology infrastructure, which will help provide improved products and services for their younger and more affluent clients.

Competitive e-wallet services and the adoption of internet banking models, remodelled the Thai consumers approach to paying for goods and services. Companies such as LINE, Garena, and Lazada entered this phase of cashless payments in Thailand, and began promoting a wallet service to Thailand’s large user base. More recently in 2019, ride-hailing firm Grab, partnered with Kasikornbank to roll out its mobile wallet GrabPay and other financial services in Thailand.

Analysts believe that e-commerce will continue to increase and evolve especially through transactions via social media platforms. 74% of Thais actively use Facebook; the highest penetration in Southeast Asia. Their enthusiastic use of social media has led to $11 billion in annual e-commerce sales. Companies in diverse sectors such as transportation (e.g. Grab Taxi, Line Taxi, Haha Taxi) and food delivery (e.g. FoodPanda, Grab Food, Lineman) are taking advantage of this, by developing their respective platforms to address an increasingly tech savvy audience.

The shift towards this new digital area, doesn’t leave behind Thailand’s key agricultural sector. About 40% of the population works in the agriculture industry, and the sector accounts to 9.9% of the country’s GDP. As Thailand recalibrates their economic focus to higher tech, the agriculture industry opened up to the adoption of agricultural technology (AgriTech), so as to meet the needs of the future. AgriTech namely looks into a tech-driven farming framework that applies innovations such as robotics, automation and data-analytics to increase the yield and quality of agricultural products. For example, local company Eden AgriTech, developed a spray to extend the shelf life of fresh-cut food exports for up to 15 days.

Smart Cities have also been a focus for Thailand’s new economic model. The nationwide goal would be for 100 cities to be transformed into smart cities by 2022. In July 2019, twenty cities from nine provinces had already applied for the government’s smart city projects. The proposals would need to outline a clear investment infrastructure and development plan, introduce smart city solutions, and also provide a model of sustainability. Chonburi was one of the government's pilot smart city projects. The industrial city, which is also the home province of Pattaya, is in the midst of transforming with state-of-the-art technology, renewable energy, energy-efficient infrastructure and sustainable environment management. 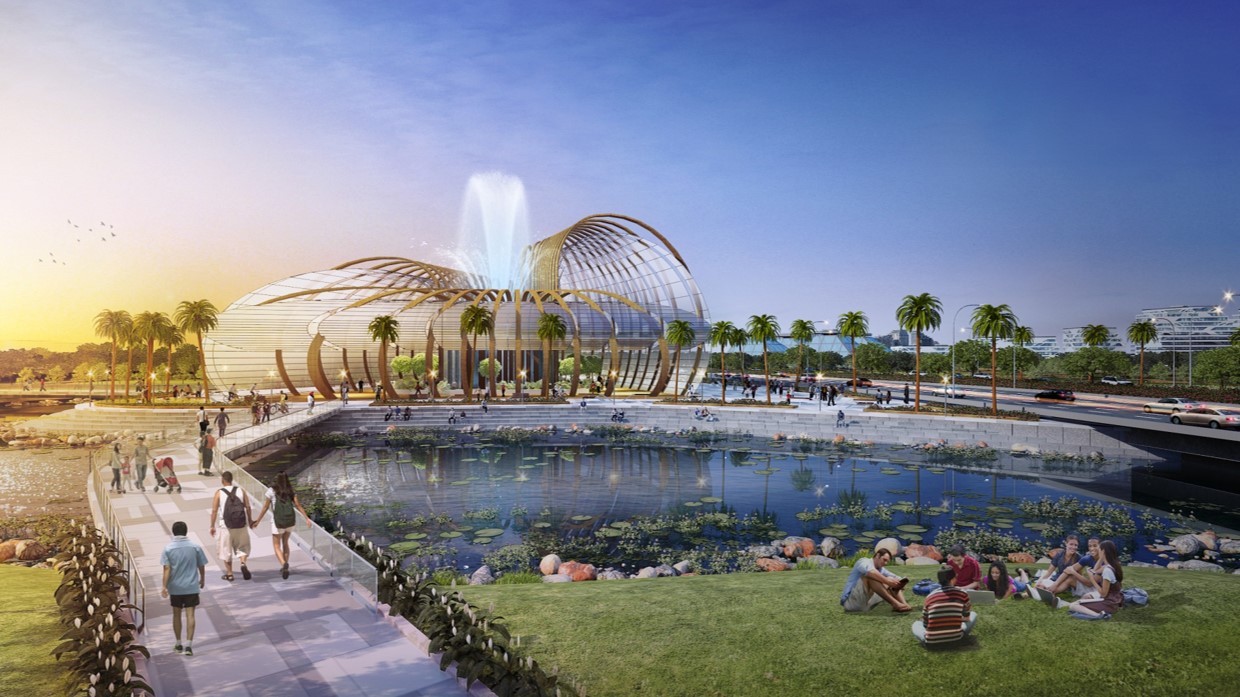 One of the country’s hallmark projects is Digital Park Thailand in Chonburi. Digital Park Thailand sits within the country’s most notable project, the Eastern Economic Corridor (EEC). This new economic cluster, aims to be the destination for digital global players and innovators to Invest-Work-Learn-Play. The area is surrounded by a regional logistic hub, numerous world-class digital productions, as well as academic institutes to foster a thriving digital innovation ecosystem. The park aims to be fully operational by 2028, with its first phase of completion set for 2021.

Regionally, Thailand has played a role in “digitalizing” ASEAN. As chair of ASEAN in 2019, Thailand facilitated the development of the ASEAN Single Window (ASW) which became operational for the first time on 30 December 2019. It allows expedited cargo clearance and cross-border trade by enabling the electronic exchange of trade-related documents among ASEAN Member States. Through the ASEAN Smart City Network, Thailand has pushed for a regional transition to a sustainable digital age. Currently the network consists of 26 cities from 10 ASEAN countries.

The goal to “Digitalize Thailand” will play an important role in making communities, societies, healthcare and the environment better. It also reduces the income divide and helps to sustainably create prosperity for Thailand.