People waiting in a line are seen reflected in a car window outside a newly reopened career center for in-person appointments in Louisville, Kentucky, U.S., April 15, 2021. REUTERS/Amira Karaoud

July 2 (Reuters) - The number of Black people either working or looking for work increased in June, U.S. employment data showed on Friday, a positive development for a group hit hard by pandemic job losses.

But the unemployment rate also ticked up, suggesting that many people who started looking for jobs haven't found one yet. read more

The more rapid rebound in labor force participation for Black workers suggests that unemployment benefits may not be deterring Black people from looking for work, William Spriggs, an economics professor at Howard University and chief economist for the AFL-CIO labor group, wrote on Twitter. 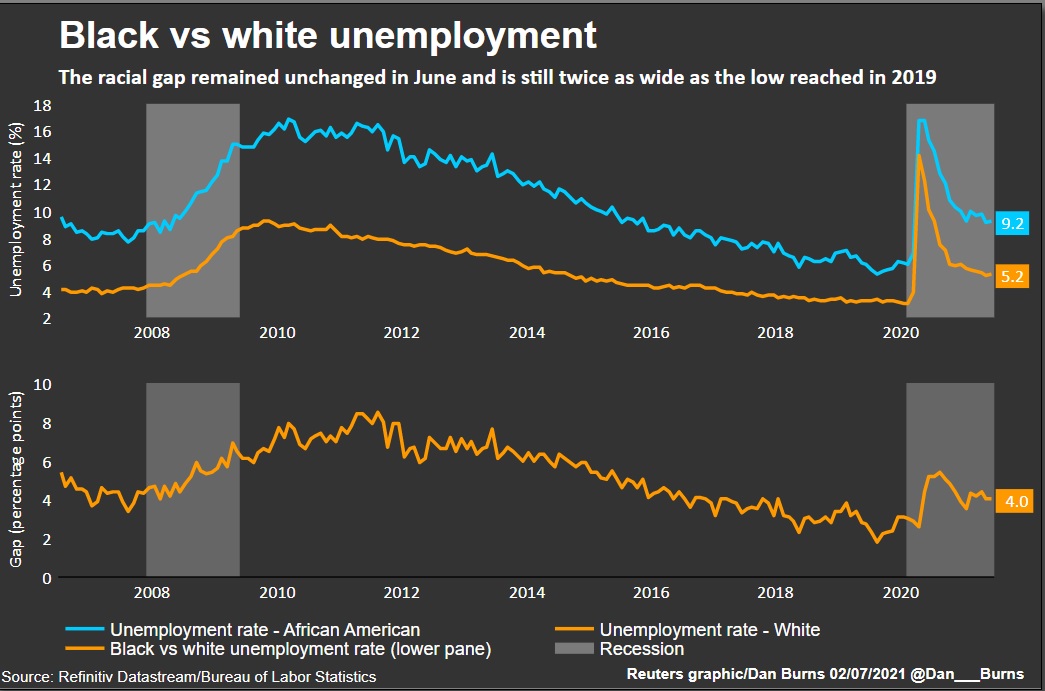 “We are still facing inequality,” Labor Secretary Marty Walsh said during a Reuters interview on Friday. “There is work to be done coming out of this pandemic to really make sure the recovery is equitable.”

The racial disparities narrow a bit when looking at the number of people employed. Employment dropped more dramatically for Black and Hispanic workers at the start of the pandemic. But as of June, employment for Black, Hispanic and white workers was all down about 5% when compared to February 2020.