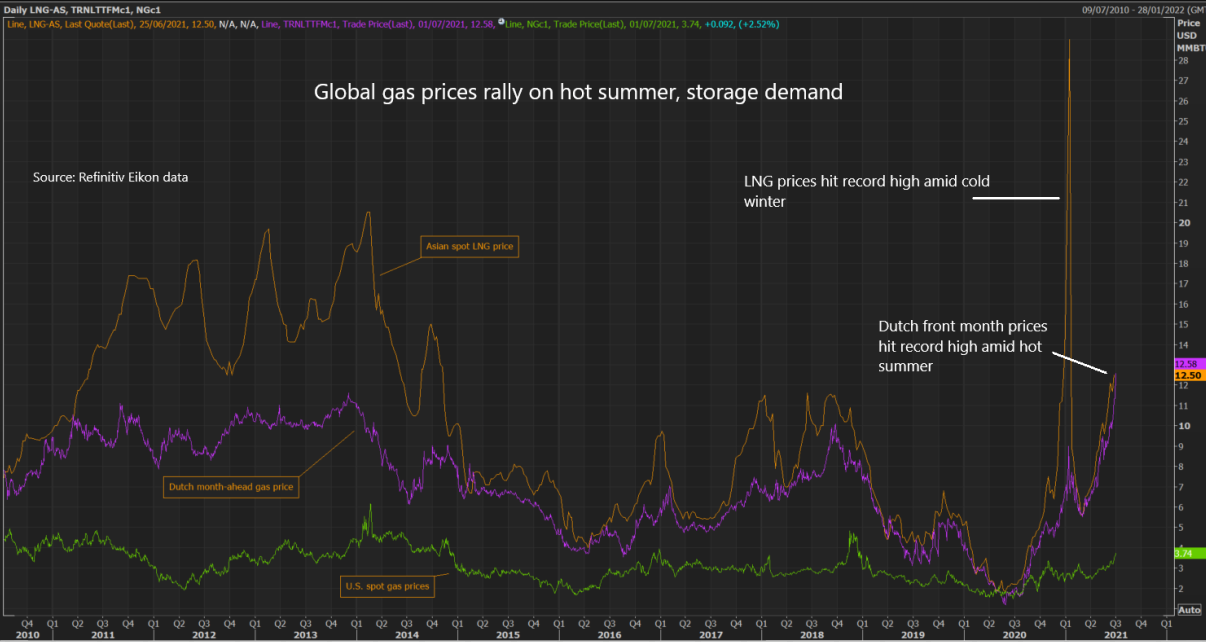 A cold winter at the beginning of this year prompted large drawdowns in storage stocks, which would usually be replenished during summer months when demand tends to be weaker. 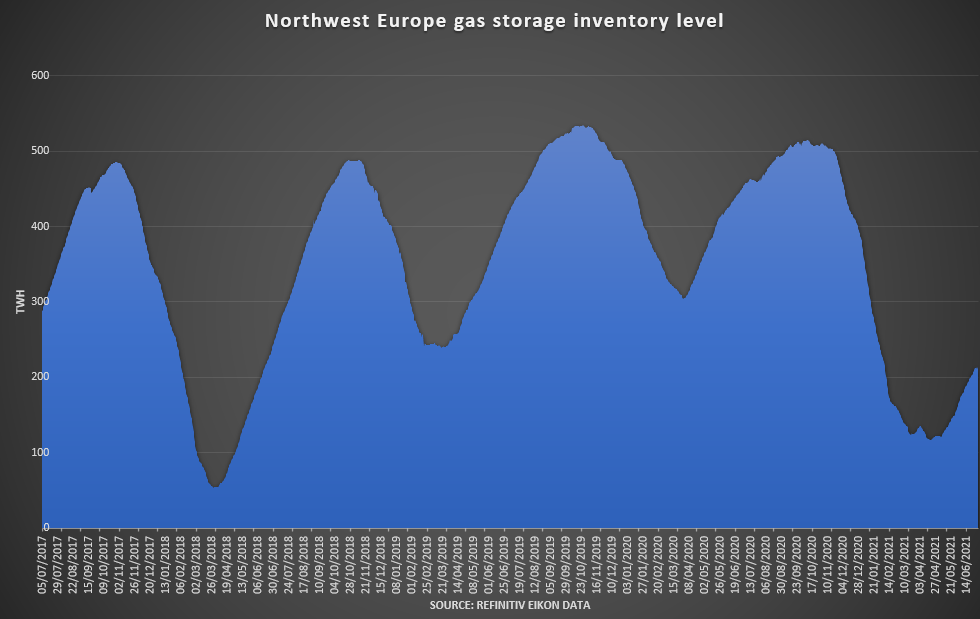 But a series of unexpected supply disruptions, coupled with a rebound in demand as economies recover from COVID-19 restrictions, has led to a scarcity of gas.

Data from the IEA published last week showed European gas consumption rose by an estimated 25% in the second quarter of 2021, its largest year-on-year quarterly increase since at least 1985.

"This exceptionally strong recovery has been driven by the combination of an extended heating season due to lower than average temperatures, higher gas burn in the power sector and economic activity recovering to close to pre-COVID-19 level,” the IEA said in its latest gas report.

Maintenance in Norway has curbed exports from its gas fields and Russia's Gazprom has held off booking additional capacity for gas supplies to meet demand, a sign that it is waiting for the comissioning of the Nord Stream 2 pipeline, which runs from Russia to Europe. 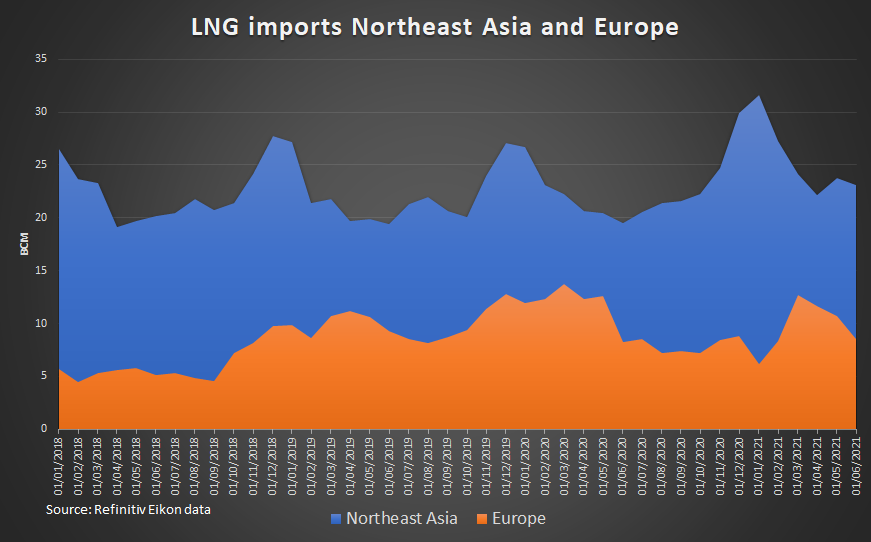 Prices of liquefied natural gas (LNG) have also soared in Asia as buyers in the region sought to replenish stocks before winter. Although European prices are high, the spread has not been high enough to attract tankers to Europe.

"The Japan-Korea-Marker (JKM) price for LNG will continue to drive the TTF higher but the TTF needs to rally much faster than the JKM (to attract LNG to Europe)," said Samer Mosis, team leader of global LNG analytics at S&P Global Platts.

"The general theme that Europe has to fight with Asia for LNG will stay for the next three years," he said.

Price spikes in the wholesale gas market, if prolonged, can drive up retail gas prices for households. In Britain, wholesale prices make up around a third of consumer energy bills.

A cap on the most widely used British electricity and gas tariffs rose in a review in April and is expected to rise further in the next review this autumn as wholesale prices rise.

"A rise in gas and power retail tariffs will come as a shock to users this winter. Wholesale prices are still rising along with other generating fuels globally so there is no clear end in sight yet," said Glenn Rickson, head of European power analysis at S&P Global Platts.

Oversees and coordinates EMEA coverage of power, gas, LNG, coal and carbon markets and has 20 years' experience in journalism. Writes about those markets as well as climate change, climate science, the energy transition and renewable energy and investment.