Monthly export figures are provided by Riyadh and other members of the Organization of the Petroleum Exporting Countries (OPEC) to the Joint Organizations Data Initiative (JODI), which publishes them on its website. 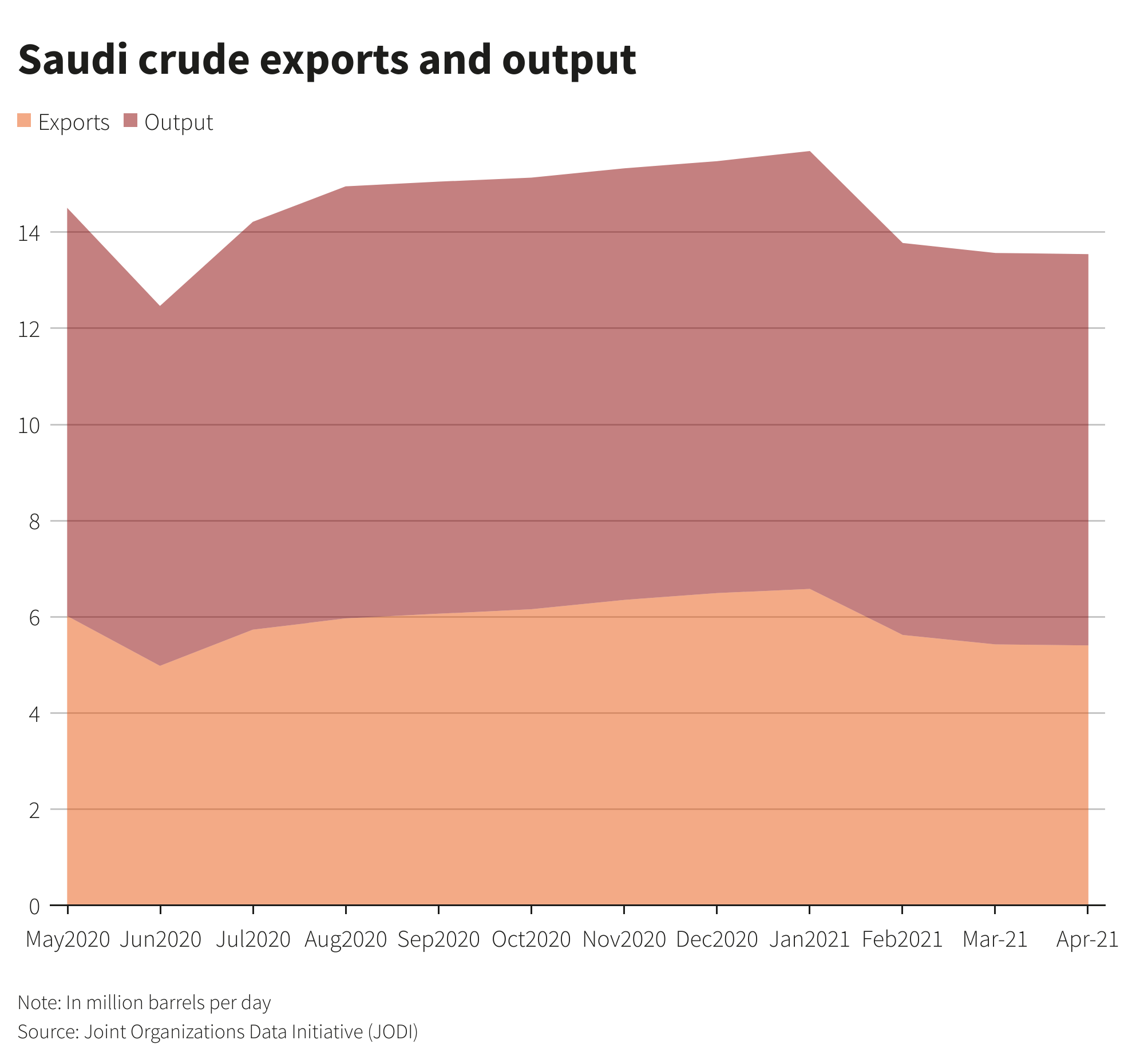 OPEC and its allies agreed to extend most oil output cuts into April but Saudi Arabia said it would extend its voluntary oil output cut of 1 million bpd, and would decide in following months when to gradually phase it out. read more

Goldman Sachs said in a research note this week it expected the kingdom's oil production to rise by about 500,000 bpd to 10 million bpd by the end of 2021.

The kingdom’s gross domestic product fell 3% in the first quarter, slightly less than official estimates and compared with a 1% contraction last year, as a sharp fall in the oil sector pulled back the economy, data showed. read more

Reporting by Eileen Soreng and Arpan Varghese in Bengaluru; Editing by Edmund Blair

Oil prices edged lower on Thursday, falling from a multi-week high a day earlier on profit taking and as the threat to U.S. Gulf crude production from Hurricane Nicholas receded.