May 9 (Reuters) - The White House was working closely with top U.S. fuel pipeline operator Colonial Pipeline on Sunday to help it recover from a ransomware attack that forced the company to shut a critical fuel network supplying populous eastern states.

The attack is one of the most disruptive digital ransom schemes reported and has prompted calls from American lawmakers to strengthen protections for critical U.S. energy infrastructure from hacking attacks.

Commerce Secretary Gina Raimondo said the pipeline fix was a top priority for the Biden administration and Washington was working to avoid more severe fuel supply disruptions by helping Colonial restart as quickly as possible its more than 5,500-mile (8,850 km) pipeline network from Texas to New Jersey. 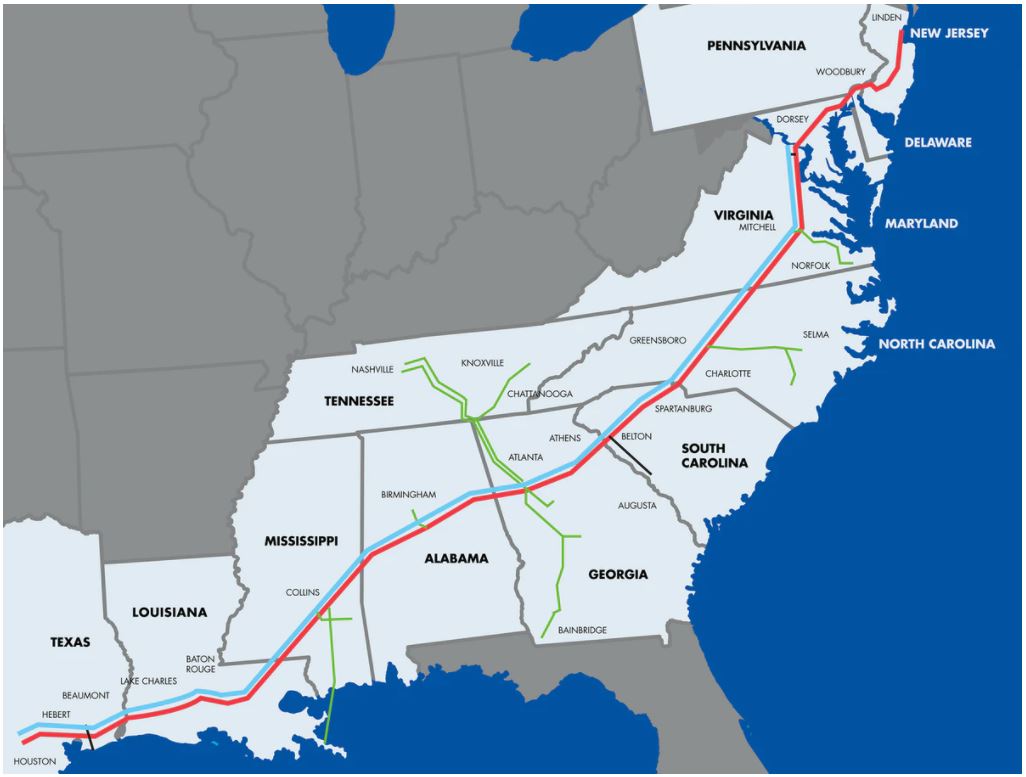 “It’s an all hands on deck effort right now,” Raimondo said on CBS’ “Face the Nation” program. “We are working closely with the company, state and local officials, to make sure that they get back up to normal operations as quickly as possible and there aren’t disruptions in supply.”

Colonial said on Sunday its main fuel lines remain offline but some smaller lines between terminals and delivery points are now operational. Neither Raimondo nor the company gave an estimate for a full restart date and Colonial declined further comment on Sunday.

U.S. gasoline futures jumped more than 3% to $2.217 a gallon, the highest since May 2018, as trading opened for the week and market participants reacted to the closure.

Colonial transports roughly 2.5 million barrels per day of gasoline and other fuels from refiners on the Gulf Coast to consumers in the mid-Atlantic and southeastern United States.

A Charlotte Douglas International Airport spokesperson said the airport had supply on-hand and was "monitoring the situation closely," adding that the complex is supplied by another major pipeline as well as Colonial.

Offices of governors in several of the U.S. states most vulnerable to fuel shortages - including Tennessee, Georgia and Maryland - were not immediately available for comment.

While the U.S. government investigation is in the early stages, a former U.S. official and three industry sources said the hackers are suspected to be a professional cybercriminal group called DarkSide.

They demand payment to decrypt the files and increasingly ask for additional money not to publish stolen content.

In the Colonial attack, the hackers took more than 100 gigabytes of data, according to a person familiar with the incident.

As the FBI and other government agencies worked with private companies to respond, the cloud computing system the hackers used to collect the stolen data was taken offline Saturday, the person said.

Colonial's data did not appear to have been transferred from that system anywhere else, potentially limiting the hackers' leverage to extort or further embarrass the company.

Cybersecurity firm FireEye (FEYE.O) is among those dealing with the attack, industry sources said. FireEye declined to comment. Colonial said it was working with a "leading, third-party cybersecurity firm," but did not name the firm.

Messages left with the DarkSide hackers were not immediately returned. The group's dark website, where hackers regularly post data about victims, made no reference to Colonial Pipeline.

Colonial declined to comment on whether DarkSide hackers were involved in the attack, when the breach occurred or what ransom they demanded.

President Joe Biden was briefed on the cyberattack on Saturday morning, the White House said, adding that the government was working to try to help the company restore operations and prevent supply disruptions.

U.S. Senator Bill Cassidy, a Republican from Louisiana who sits on the Energy Committee, said lawmakers are prepared to work more with privately held critical infrastructure companies to guard against cyberattacks.

"The implication for this, for our national security, cannot be overstated. And I promise you, this is something that Republicans and Democrats can work together on," he said on NBC's "Meet the Press."

Another fuel pipeline serving the same regions carries a third of what Colonial does. Any prolonged outage would require tankers to transport fuels from the U.S. Gulf Coast to East Coast ports.

Complicating the fallback plans, according to one industry source familiar with the federal response, was that the ranks of fuel-truck drivers for the main road transportation companies, which could pick up some of the pipeline volume, are down by 25% or more because of coronavirus infections.

Oil refining companies contacted by Reuters over the weekend said their operations had not yet been impacted. Some were working to find alternative transport for customers.