A look at the day ahead from Tommy Wilkes.

After being billed as a quiet summer gathering with little to add, Thursday's European Central Bank meeting is now looking to be one of the most significant policy events of the season.

No new measures are really anticipated. But following on from the tweak to the ECB inflation target, announced at its July 8 strategy review, odds have risen on policymakers promising to retain support for long after pandemic-era stimulus winds down and even add to bond-buying.

It could mean that while some other central banks are beginning to dial back stimulus in the face of rising inflation and economic recovery, the ECB will head in the other direction to try and lift stubbornly low price rise expectations.

More dovish noises will be welcomed by global markets, but the swift recovery from Monday's selloff suggests they don't need too much to keep at current levels.

Asian stocks continued their rebound while European and Wall Street futures signalled small further gains when those markets open. And the dollar index hovered below 3-1/2-month lows, suggesting the rush for safer assets was weakening.

The sentiment hit at the start of the week was prompted by concern that the spread of the Delta variant of COVID-19 would stall the economic recovery, just as euphoria over corporate earnings peaked.

Those jitters haven't gone anywhere but as with so many previous selloffs, a little bit of help from central banks does wonders to calm the mood and restart the rally. 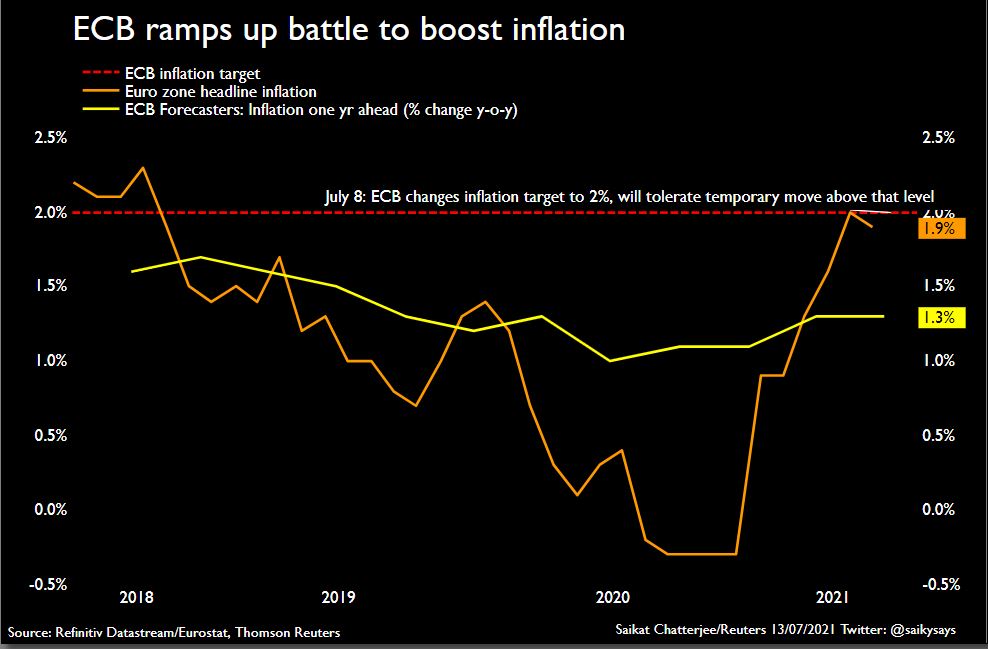 Key developments that should provide more direction to markets on Thursday:

Amazon.com Inc (AMZN.O) needs to spend billions of dollars to expand its warehouse and delivery system, adding pressure to its shares which dropped 7% on Friday after it forecast lower sales growth.

BusinessChina's factory activity in July grows at slowest pace since Feb 20203:21 AM UTC