A critical view into inflation comes with Thursday's May U.S. consumer price index.

It is shaping up as one of the most watched numbers for some time after consumer prices jumped by the most in nearly 12 years in April and a debate rages over whether a pick-up in price pressures is fleeting or more sustained.

The reading is also one of the last key pieces of economic data before the Federal Reserve's June 15-16 meeting.

The Fed's Randal Quarles believes a recent jump in inflation will prove transitory. Another strong inflation print that lifts Treasury yields could pressure valuations on tech and other growth stocks. 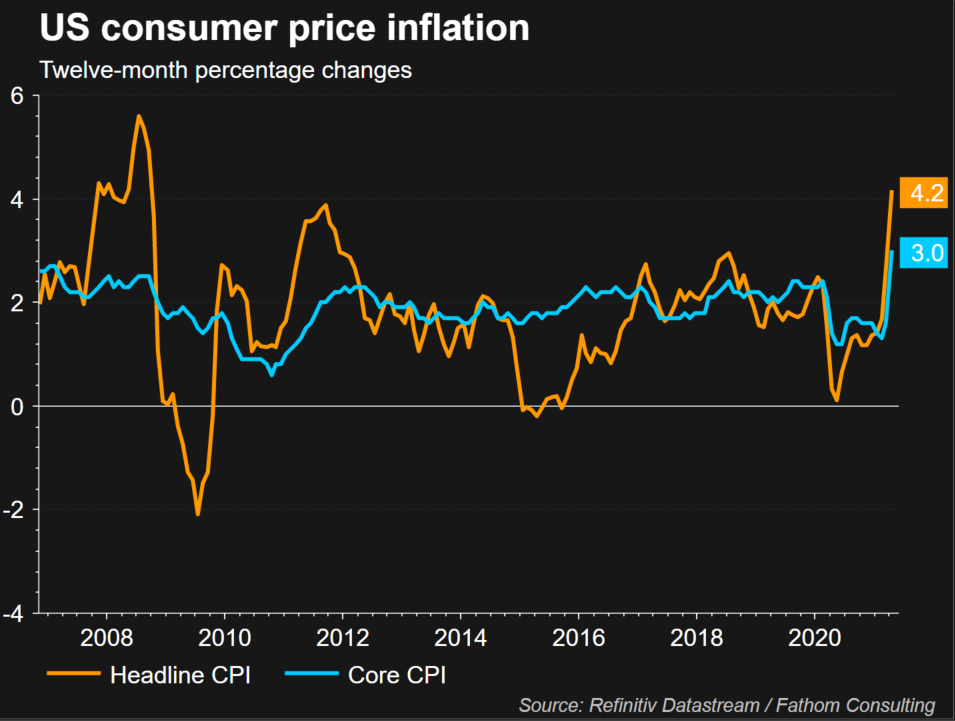 Trade data from around the Pacific should show goods going west from Japan, China and South Korea, and money flowing east, from North America. Updates from the United States, Germany and Britain are also on the calendar.

Data on Monday showed China's imports grew at their fastest pace in 10 years in May, fuelled by surging demand for raw materials, although export growth slowed more than expected.

China posted a $45.53 billion trade surplus for the month, wider than the $42.86 billion surplus in April which could help renew upward pressure on the yuan.

The currency hit a three-year high versus the dollar in May, triggering a flurry of jawboning from policymakers.

Meanwhile Chinese producer price data on Wednesday will indicate how much inflation is exported as factories start to pass on higher raw material costs to customers. 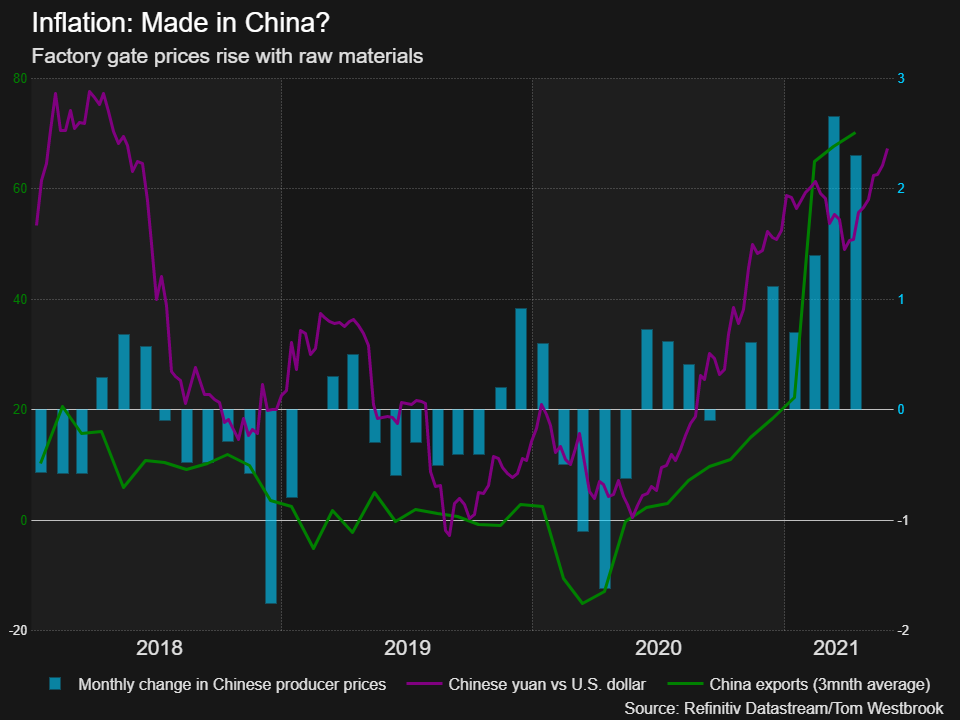 The ECB meets Thursday. It has to find a balance between the need to support the euro zone recovery through emergency stimulus and accepting a brighter outlook means its PEPP scheme may not be needed for much longer.

Dovish comments suggest the ECB will continue buying bonds at close to the current pace. This view has pushed sovereign bonds yields down from May's multi-month highs, the euro is steady, having risen since April.

A modest slowdown in purchases is not ruled out, especially as the quiet summer period approaches. And any signs from ECB chief Christine Lagarde that the taper debate is underway will end the calm in bond markets. 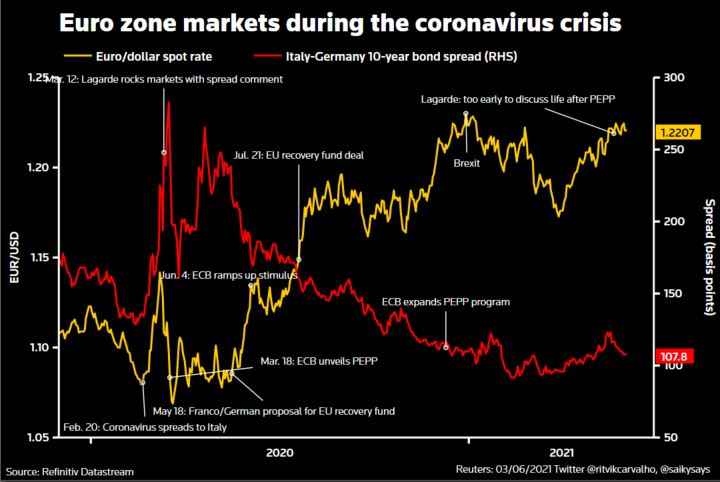 Leaders of the G7 economies are set to meet in the English seaside county of Cornwall, their first face-to-face encounter since COVID-19 struck and the first for U.S. President Joe Biden.

They struck a landmark deal on Saturday to squeeze more money out of multinational companies such as Amazon and Google and reduce their incentive to shift profits to low-tax offshore havens. read more

Key details of the corporate tax of at least 15% still need to be negotiated over the coming months. How tax revenues will be split is not finalised either, and any deal will also need to pass the U.S. Congress.

Still, Saturday's deal bodes well for the G7 summit at the end of the week and is a sign that cooperation between Washington and the rest of the world has improved since Donald Trump's departure.

Chancellor Angela Merkel's conservatives won a resounding victory in a state election in eastern Germany on Sunday, in a boost for Armin Laschet, who hopes to succeed her in September's national election.

Laschet's party is neck-to-neck with the surging Greens in national polls, both holding around a quarter of the vote.

Sunday's results were disappointing for most other parties, with the Greens only in the single digits in the regional election.

The left-leaning Greens kick off their party conference on June 11 and will formally declare Annalena Baerbock their first ever chancellor candidate. Less of a formality will be finalising the ecologist party's election manifesto - a guide on what might lie ahead for policy in Europe's largest economy.

Europe · 5:54 AM UTCCash loses its shine in pandemic but still king in Switzerland

Cash is still king in Switzerland, a Swiss National Bank study published on Wednesday found, although the wealthy country's citizens are increasingly turning to cards and apps for payments during the pandemic.

EuropeAnalysis: From game-changer to back-up: J&J's COVID vaccine struggles in Europe11:01 AM UTC