Markets will listen closely to what the Federal Reserve will have to say on inflation at the end of their two day meeting on Wednesday, amid concerns that trillions in fiscal stimulus will fuel a rise in consumer prices.

After years of very low inflation, a range of metrics, including the Fed's preferred core personal consumption expenditures (PCE) price index, are on the rise. The PCE rose 3.8% in the 12-months to May, its largest jump in three decades.

The Fed insists consumer price gains will be temporary and that it has the tools to combat an inflationary surge. Signs that policy makers may be digging in for a more sustained rise in consumer prices could spark fears of a sooner-than-expected unwind of easy money policies, and hurt stocks. 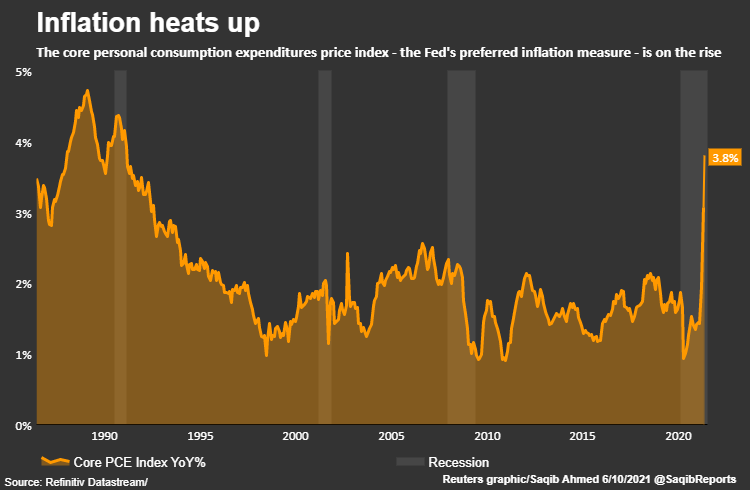 The EU will issue its first bond under the 800 billion euro post-pandemic recovery fund, possibly within days.

Joint bond issuance may not do for Europe what Treasury Secretary Alexander Hamilton did in 1790 for the newly formed United States -- create a fiscal union. There are no plans to make the fund permanent.

Yet, don't underestimate the significance: The EU is set to become one of the world's biggest issuers with 80 billion euros worth of bonds for the recovery fund sold this year. And the arrival of big, liquid bonds won't be lost on investors or the ECB, which can buy the debt for hefty stimulus.

China reports May industrial production and retail sales data on Wednesday. Both are expected to come in below April numbers though will provide a fresh glimpse on the economic outlook for the world's number two economy.

So far, domestic consumption remains subdued. Exports were over compensating this year, but that's beginning to change as the rest of the world opens up and spends less on Chinese manufactured goods.

Recent data shows Beijing is back on the deleveraging drive it abandoned last year when the pandemic hit - meaning subtle measures to rein in a rising yuan, limited and targeted fiscal spending, heavy scrutiny on property and local government sectors and measures to cool runaway commodity prices. 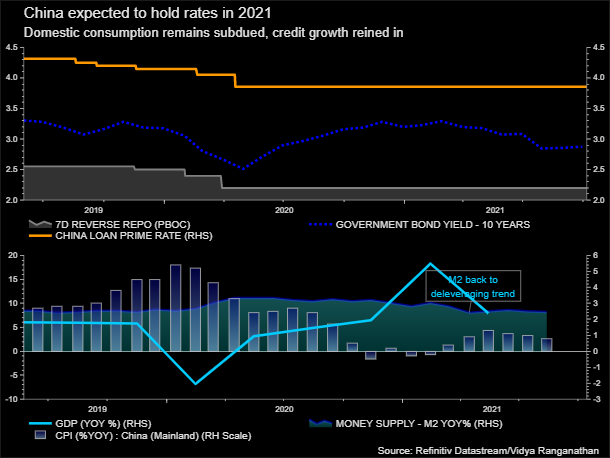 Top level meetings over the days to come will keep geopolitical issues on the boil, and Turkish and Russian markets on edge.

On Monday, the NATO summit will kick off in Brussels, including a first face-to-face meeting between U.S. President Joe Biden and his Turkish counterpart Tayyip Erdogan. On the agenda are Syria, Afghanistan and "significant differences" according to a senior U.S. official, with Ankara and Washington at odds over a host of issues.

On Wednesday, Biden will face Russian President Vladimir Putin in Geneva for what promises to be heated talks with bitter disputes over election interference, cyber attacks, human rights and Ukraine.

Is the newly-hawkish Reserve Bank of New Zealand about to get its first-quarter growth forecast beaten? Kiwi GDP lands on Thursday, and the central bank thinks it's going to be negative, putting the country back in technical recession.

Partial indicators, however, say it may not be so. While the absence of foreign tourists will be keenly felt, domestic consumption has been robust and commodity prices - especially milk and lumber - have shifted favourably.

A beat may not mean sustainable strength, but a headline surprise would suggest an economy on firmer footing than the RBNZ appreciates, adding pressure to normalise policy even faster than the aggressive schedule flagged last month. 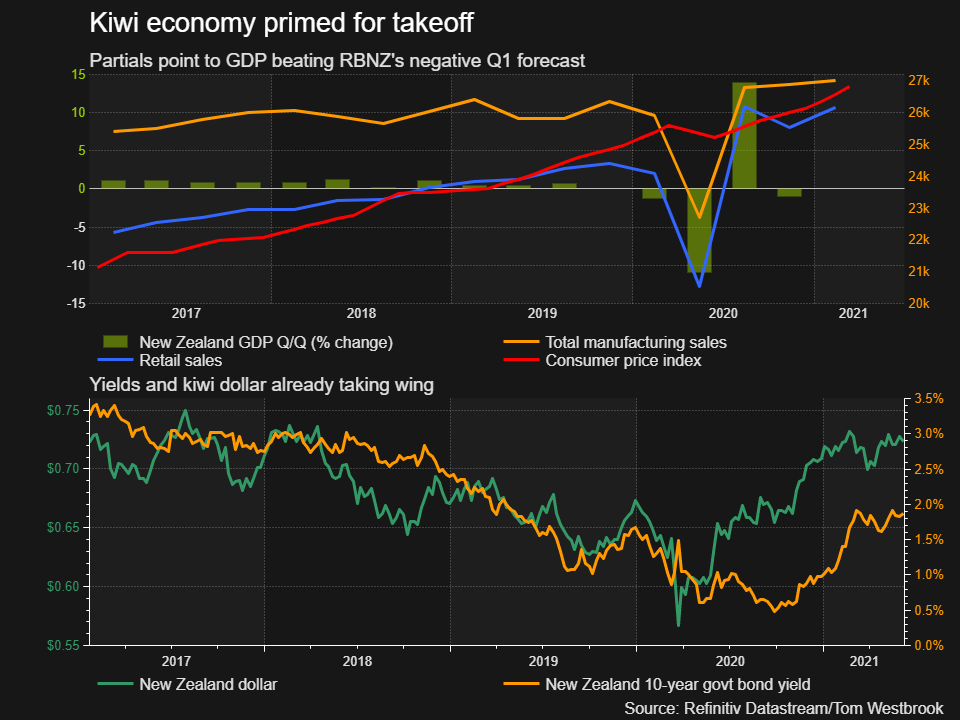