A man watches an electric board showing Nikkei index outside a brokerage at a business district in Tokyo, Japan, June 21, 2021. REUTERS/Kim Kyung-Hoon

Bond bulls are out in force and they take no prisoners. Ten-year Treasury yields have tumbled to 1.3%, recording their second biggest daily drop of 2021 on Tuesday. UK and German yields are at their lowest in months.

Reflation, it appears, no longer holds sway. That doesn't mean investors are suddenly positioning for a slowdown. The message is perhaps more that economic growth has peaked and any inflation pick-up will prove transitory.

Concern about China's outlook and a surge in coronavirus variants adds to the caution, while the ECB has just tweaked its inflation target, another sign it will stay dovish.

Many betting on higher yields as inflation returns were forced to backtrack to cut losses -- another warning to those thinking about taking on a four-decade rally in bonds.

The Chinese tech sector is taking a drubbing as Beijing's newly-empowered Cyberspace Administration of China (CAC) cracks down further on its heavyweights.

Latest target, ride-hailing giant Didi Global (DIDI.N), has seen its market value fall by a third in the week since it listed in New York. Others (.HSTECH) are sharply down too amid sweeping changes to data and fund-raising rules.

Investors are nervous: Is China opening up or forcing firms to come home? Is Beijing curtailing monopolies and controlling data or trying to reduce risk and improve standards?

There are other conundrums too. The economy is seen chugging along, even if Thursday's Q2 GDP data could confirm a slight loss of momentum after a bumper Q1. But a surprise announcement that Beijing could cut banks' reserve requirement ratios suggests to some not all may be well.

The People's Bank of China delivered such a cut on Friday, which will release about 1 trillion yuan ($154 billion) in long-term liquidity to underpin the post-COVID economic recovery. 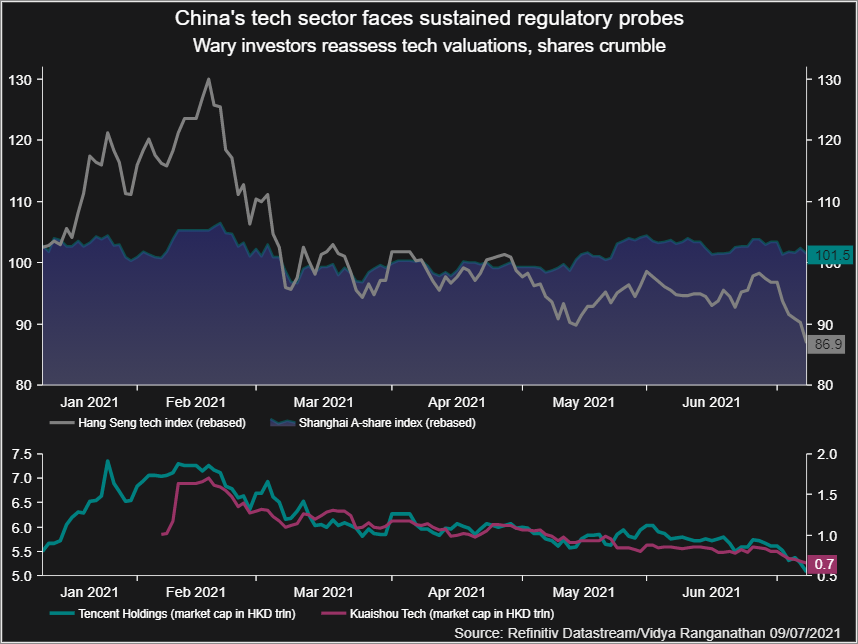 The second-quarter earnings season could establish a high-water mark for the rebound U.S. corporate profits have undergone since last year's coronavirus-induced pain.

Overall, S&P 500 company earnings are estimated to have climbed a whopping 65.4% year on year, according to Refinitiv IBES, possibly the biggest percentage growth since Q4 2009, when companies were emerging from the Great Financial Crisis.

However, expectations of slowing economic growth in the second half of 2021 have recently contributed to a rally in U.S. Treasuries, taking benchmark 10-year yields to their lowest since February.

On Wednesday and Thursday, Federal Reserve chief Jerome Powell has one of his twice yearly get-togethers with U.S. Congress and it couldn't be more timely.

His view on why bond markets seem to have suddenly given up on the reflation trade is what every global investor is currently trying to work out, so tune in.

Elsewhere the Bank of Japan is unlikely to shift away from ultra supportive policies when it meets Friday.

Though the Bank of Canada is expected to trim its $3 billion Canadian dollar a month bond buying programme to $2 billion CAD. In emerging markets, the focus will be on Turkey on Wednesday, with searing inflation making it tough for its central bank governor to deliver the rate cuts President Tayyip Erdogan hired him for. 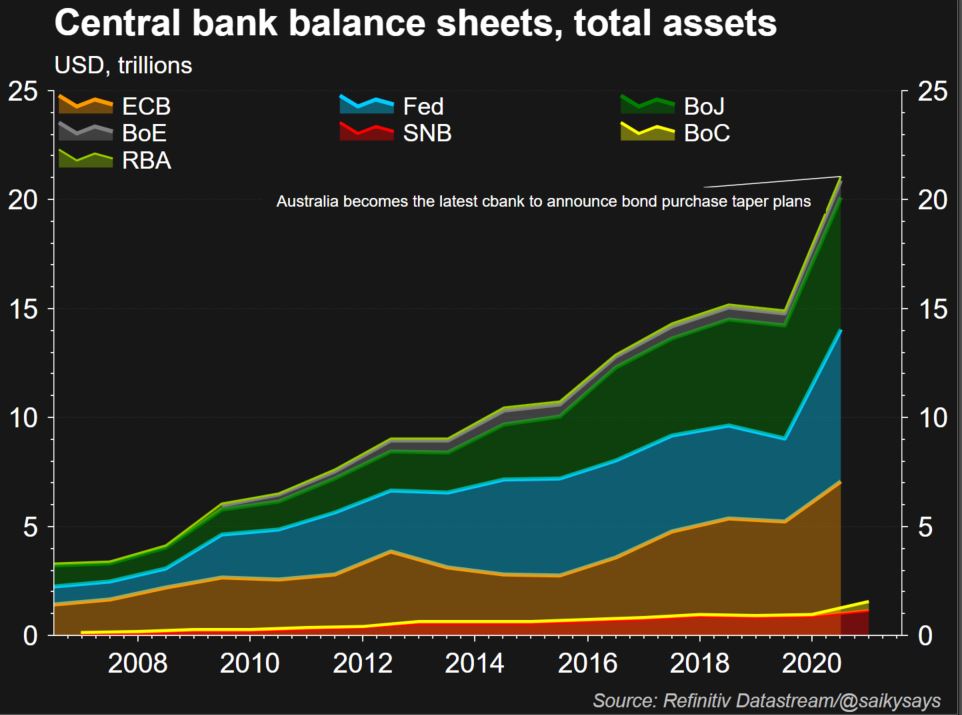 The public spat at OPEC+ between Saudi Arabia and the United Arab Emirates has left oil markets in limbo.

Riyadh and Abu Dhabi are at odds over a proposed deal that would have included bringing more oil to the market -- potentially cooling a rally that has seen prices hit 2-1/2 year highs. Russia is trying to mediate but new talks are yet to be scheduled.

Without a deal, the default is to leave production unchanged, possibly pushing prices higher. But others point out that a lack of cohesion across the group could lead to members ramping up production and ignoring output targets, which could push prices down.

Either way, one thing is sure: more volatility lies ahead. 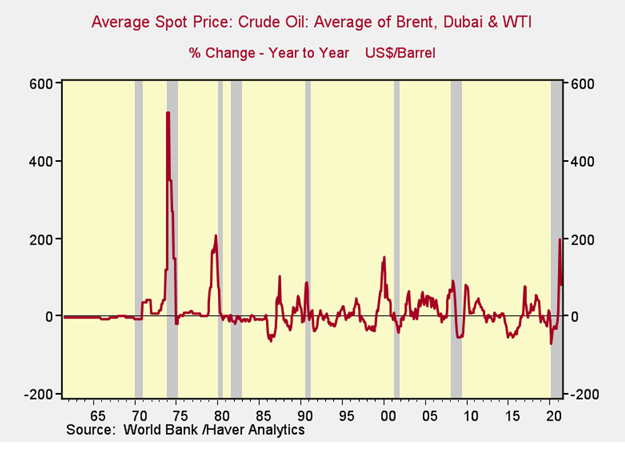 Following are five big themes likely to dominate thinking of investors and traders in the coming week and the Reuters stories related to them.

Take Five: Take it away, Christine