Reuters is a global news agency that was founded nearly 170 years ago. Our journalists work all over the world and are guided by the Trust Principles, which state that Reuters must report the news with integrity, independence, and freedom from bias.

Reuters News has a fact-checking unit within its editorial department. The principal aim of this unit is to fact-check visual material and claims posted on social media. The fact checking producers in this unit report their findings on a section of the Reuters.com website.

Reuters is a signatory of the International Fact-Checking Network (IFCN). The IFCN has a Code of Principles (https://www.ifcncodeofprinciples.poynter.org/know-more/the-commitments-of-the-code-of-principles). Readers of our fact-checks are invited to contact the IFCN if for any reason they feel Reuters Fact Check has acted in breach of this Code.

Reuters News is part of Thomson Reuters, a corporation listed on the Toronto and New York Stock Exchanges. Further details about Thomson Reuters, including Annual Reports, are available here:

Reuters Fact Check comprises of a team of dedicated journalists, which is growing. The unit is led by Hazel Baker, Global Head of UGC Newsgathering at Reuters, who has editorial control of output, with the support of other senior editors at Reuters. Hazel joined Reuters in 2017 and prior to that was digital newsgathering editor for Sky News, UK. Hazel holds a Master’s degree in Online Journalism from the University of Central Lancashire.

The email for these types of contact is: reutersfactcheck@thomsonreuters.com

The principles of integrity, independence, and freedom from bias guide all journalism at Reuters. We approach social media fact-checking work in the same manner. Reuters Fact Check monitors digital platforms for misinformation that is linked to news events and to subjects that are being discussed by the communities we serve. We actively seek out groups and accounts that represent opposing viewpoints and apply the same standards of assessment to all content.

Our choice of material to fact check is broad, and is based on the following criteria:

After we have identified the content we aim to fact-check, we will first identify and summarize the key claims made in the content.

We then aim to fully uncover the foundations of those claims, firstly by attempting to identify the origin of the information. In many cases, the original source of a given claim cannot be established, but in cases where a potential source is identified, Reuters Fact Check will ask that source for additional information and comment as required. We look for evidence relevant to the claim – both supportive or otherwise - and consult experts. Reuters Fact Check names its sources and gathers links to publicly viewable material wherever possible.

When writing checks, we provide links to the supporting evidence so that readers may see the material we reference in its full form and context. We publish our checks on a section of Reuters.com which is visible to all.

For information on the wider newsgathering process at Reuters, please see this article

Reuters is honest about errors. We rectify them promptly and clearly. We do not disguise or bury mistakes in subsequent updates or stories.

Readers are invited to contact us via email (reutersfactcheck@thomsonreuters.com) to advise us of any errors or dispute the material presented. We will review all matters raised in correspondence, but we will not be able to reply to all emails noting minor issues or a disputing the findings of a check without supplying supporting evidence.

The Reuters fact-checking unit strives to provide accurate, unbiased reporting at all times. In the event that we make an error, or new information comes to light that changes our understanding of the subject, we will make a correction, a refile or an update.

If a fact check contains a minor error, such as a misspelling, that has no bearing on the understanding of the article, we will issue a refile. An advisory will be placed at the top of the article to explain what has been corrected. The correction will be made in the body of the article.

If we are made aware of additional information that does not contradict the existing information but instead gives further context or explanation of the subject discussed in the fact check, we will issue an update. An advisory line will be placed at the top of the article to explain what has been added. The updated check will appear at the top of the fact check homepage.

Reuters does not give support – directly or indirectly – to any political party or group nor does it take sides in national or international conflicts or disputes in accordance with our Code of Conduct. In keeping with this policy you must not identify the Reuters name with any political party or group or any one side in such conflicts or disputes.

Displays of political affiliation or support for partisan causes have no place in our newsrooms. No member of editorial, whether a journalist or support worker, may wear campaign buttons, badges or items of clothing bearing political slogans on the job, nor bring posters, pamphlets and other political material to the workplace to distribute or display.

Outside work, Reuters respects the right (and in some countries the obligation) of staff to vote in elections and referendums and does not seek to interfere with that right. The company also recognises that staff enjoy certain fundamental freedoms as a result of their nationality or where they live. Reuters, however, expects journalistic staff in all branches of editorial to be keenly sensitive to the risk that their activities outside work may open their impartiality to questioning or create a perception of bias.

Such perceptions can undermine the integrity not only of the individual but of all journalists at Reuters and damage the company’s reputation. In some societies, individuals who sign petitions or join demonstrations may be monitored by the authorities and evidence could be used to damage their reputation or restrict our newsgathering operations. In other countries, individuals who contribute to political campaign funds have their names on the public record. Again, such evidence may be used by those who would seek to undermine the good name of Reuters, its staff or our profession. A policy designed to protect our standing as a news service free from bias cannot be policed. It relies on trust and an expectation that staff will refrain from activities that might, whatever the intention, raise perceptions of a conflict and that they will consult their manager in any case of doubt. Where such perceptions of a conflict do arise, Reuters may in some cases ultimately require the journalist to move to other duties. Individuals should use their common sense, The Trust Principles and the values of unbiased journalism in deciding whether to donate to certain charitable causes or be active in the affairs of their community. A conflict is unlikely to arise but staff in any doubt should consult their manager. The same principles apply to any doubts about a possible perception of conflict that may arise from the activities of a close family member. 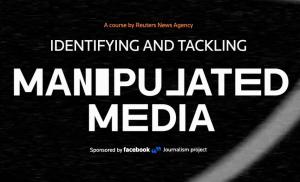