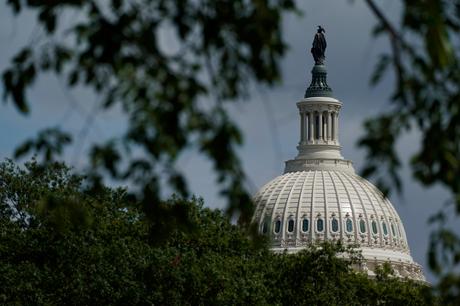 WASHINGTON Democrats in the U.S. House of Representatives on Monday said they were continuing to work on legislation that would "undo" a cap on state and local tax deductions imposed by Republicans' 2017 tax reform law.

BOGOTA Colombian lawmakers have passed a tax bill set to raise $4 billion annually, the final step in long-running efforts by the government of President Ivan Duque to get a fiscal reform through Congress.

California-based hospital operator Sutter Health has agreed to pay $90 million to settle claims that it overcharged the federal government by misrepresenting the health of patients enrolled in privately administered Medicare Advantage plans.

WASHINGTON The U.S. Internal Revenue Service said on Tuesday that victims of Hurricane Ida, including all residents of Louisiana, will have until Jan. 3, 2022, to file individual and business tax returns and make tax payments due after Aug. 26.

(Reuters) -The White House is withholding support for a Democratic proposal to impose a pollution tax on imports from China and other countries, casting doubt on whether Democrats will be able to deploy what environmentalists consider one of the greatest weapons to tackle global climate change in a massive spending bill this year.

The U.S. government has agreed to compensate a scientist who filed a whistleblower complaint that said former President Donald Trump's administration botched its early response to the coronavirus pandemic, the scientist's lawyer said on Monday.