How college students can find jobs - without much work experience 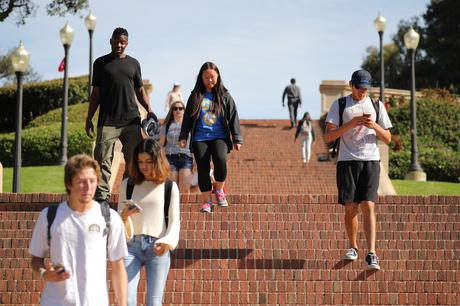 NEW YORK When college student Danny Franklin started thinking about jobs after graduation, his expectations were not very high.

Sometimes movie producers really do start in the mailroom

NEW YORKActors are widely recognized at events like the Academy Awards, coming up next on Feb. 24, but producers - who work behind the scenes to get movies made - often get blank stares.

First jobs: How to get started saving the planet

NEW YORK (The writer is a Reuters contributor. The opinions expressed are his own.)

First steps towards a life of giving back

NEW YORK Here is some good news to hold onto this holiday season: Americans are giving more than ever.

NEW YORKEvery human being manages money, at least a tiny little bit of it. But there are a handful of people whose job is to handle massive, titanic, mind-blowing sums of it.

Eyes on the Prize: First jobs of famous photographers

NEW YORK A photograph can capture the mood of a nation or seminal moments in history in a single frame.

NEW YORK Life is either a daring adventure, or nothing.

All the right notes: First jobs of famous musicians

NEW YORK Without music, life would be a mistake, according to the German philosopher Friedrich Nietzsche.

NEW YORK With the recent demise of Stephen Hawking, humanity lost one of its greatest minds, someone able to contemplate the deepest and most perplexing mysteries of life and the universe.

NEW YORK Think of the golden age of American animation, and the mind tends to go back to the days of Walt Disney and Steamboat Willie.

NEW YORK (This January 4 story has been refiled to remove reference to the Model Cities Program in the fifth paragraph, because this was not the program Drew Gilpin Faust worked for at the time.)

Retail disruption is nothing compared to gnarly first jobs

NEW YORK If any industry is in the throes of total disruption right now, it is retail.

First jobs: How to prepare for a life of giving away money

NEW YORK From multiple hurricanes to earthquakes, wildfires and refugee crises, it seems there was a new humanitarian crisis at every turn in 2017.

NEW YORK Looking at the weather and other natural phenomena these days, it seems the only thing that has yet to occur is a plague of locusts.

Back-breaking labor helped these four-star generals on their way

NEW YORK You have to be pretty tough to make it as a four-star general in the U.S. military. So it makes sense that some top military commanders would get their starts working in rigorous first jobs.

(The writer is a Reuters contributor. The opinions expressed are his own)

NEW YORK While top scientists may be deploying their brainpower on critical projects such as climate change research and conservation, they often entered the workforce in far more modest ways.

NEW YORKThanks to TV shows like "Mad Men," the advertising world seems to many to be impossibly stylish and full of intrigue.

First Jobs: A toast to how winemakers got their starts

NEW YORKNot all of the world's most notable winemakers are to the manor born, and they are not all from France or Italy. Some took a more circuitous route to the vineyard and now toil anywhere from Napa Valley to New Zealand. 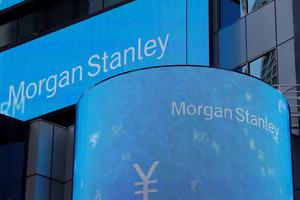 Morgan Stanley boosted both its short and long-term operating targets on Wednesday after coronavirus-induced volatility in financial markets helped the Wall Street bank post a quarterly profit that sailed past estimates. | Video 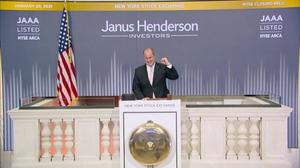