A look at the day ahead in markets from Julien Ponthus.

Fighting inflation is the top priority and avoiding a recession comes second, they made clear, with U.S. Fed Chair Jerome Powell acknowledging that some "pain" would be involved in the process. read more

"Certainly, there's a risk", central banks will tighten monetary policy too quickly, Powell told an audience well too aware of the risks involved in fighting a historic inflation surge.

With just one session left to go, the U.S. index is set for a decline of 20% over the past six months, a plunge, matched only twice during the past 50 years.

Now, with fast-dropping consumer morale and the U.S. economy contracting more than previously estimated in the first quarter, the question is: how deep is the bottom of this bear market?

Well, by the look of Asian markets ending the quarter in a sombre mood and plunging European and U.S. stock futures this morning, the future doesn't look promising.

What happens if investors, who bought a net $195 billion of stocks this year despite the selloff, suddenly head for the exits if earnings expectations are finally revised downwards? 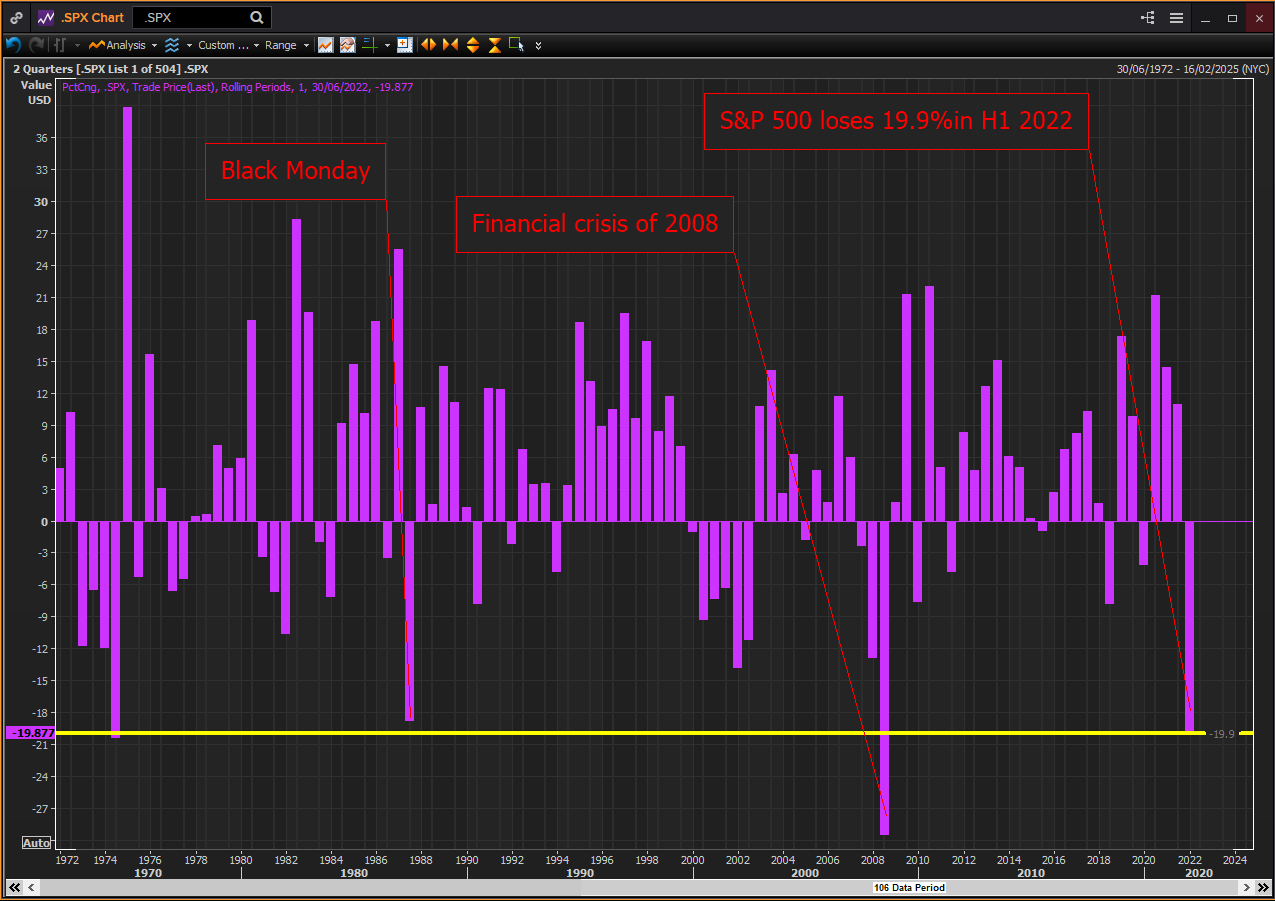 Key developments that should provide more direction to markets on Thursday: