The process began by identifying approximately 600 academic and government organizations that published the greatest number of articles in scholarly journals from 2009 to 2014, as indexed in the Thomson Reuters Web of Science Core Collection database. The list was cross referenced against the number of patents filed by each organization during the same time period in the Derwent World Patents Index and the Derwent Innovations Index. Patent equivalents, citing patents and citing articles were included up to March 2016. The timeframe allows for the articles and patent activity to receive citations, thereby contributing to that portion of the methodology.

Next, the list was reduced to just those institutions that filed 70 or more world (WIPO) patents, the bulk of which were universities. The restriction to ranking only those institutions with 70 or more world patents is different for this global ranking than for our regional rankings. For the 2016 surveys of Europe’s Most Innovative Universities and Asia’s Most Innovative Universities, the threshold was 50 world patents, because it allowed a more in-depth view of the most active institutions relative to others in their geographic area. (It should also be noted that an institution’s ranking relative to others may be different in the global and in a regional ranking since the ranking is dependent on summarizing the ranks of 10 indicators among others in the population, resulting in a composite score specifically geared to those in the comparison group.)

Each candidate university was then evaluated using various indicators including how often a university’s patent applications were granted; how many patents were filed with global patent offices and local authorities; and how often the university's patents were cited by others. Universities were also evaluated in terms of how often their research papers were cited by patents; and the percentage of articles that featured a co-author from industry.

Since some university systems, such as the University of California, centralize their patent administration, it's not possible to identify which of the various campuses was responsible for the initial research, so in these cases the entire system was ranked, as opposed to an individual campus.

Further complicating matters is the fact that not all universities publicly list their name on their patent or use complex name variants. For example, patents by the University of Oxford are filed under the name ISIS Innovations Ltd. In such instances, the name of the entity administrating patents for a university was identified and the patents then associated with the university by the Thomson Reuters analysts.

Final Score
The indicators were used to rank each of the universities and the composite score was achieved by summing the ranks for each criterion for each university. Each indicator was weighted equally with the exception of Patent Citation Impact and Percent of Patents Cited, which received 50 percent weighting each since they are closely related in measuring the same phenomenon. 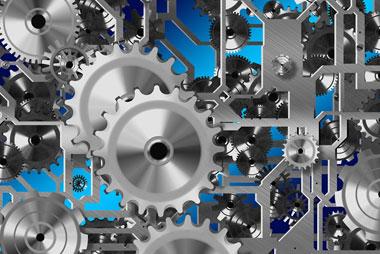 Growing Together: Collaboration and Technology
How research teams are spanning nations, continents and disciplines

Knowledge-Based Economy puts Universities at the Heart of Entrepreneurship

What Innovation is: On Patents, Tech Transfer and Entrepreneurial Universities