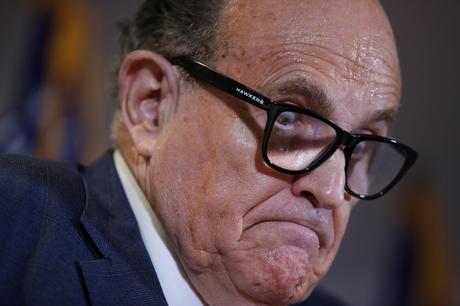 Oscar line-up is packed with firsts

LOS ANGELES It's a year of multiple firsts at this year's Oscars, the 93rd Academy Awards ceremony for the highest achievement in film. | Video

NEW YORK Dramatic portrayals of people's cruelty toward others are a theme in this year's best international feature film Oscar race, with stories of genocide, corruption and bullying among entries from five countries that include two first-time nominees.

SEOUL The heartfelt Korean immigrant tale in "Minari" resonated with many Asian Americans, but for some in South Korea the film presented a far too dated view of immigration to the United States.

Hollywood loves a reboot - now Oscars show gets its turn

LOS ANGELES The biggest cliffhanger at Sunday's Oscars may not be who wins the top prizes - or even if Netflix can finally snag a coveted best picture trophy - but how the movie industry's biggest night reinvents itself after a tumultuous year.

LOS ANGELES Maryo Mogannam snuck into the Empire theater in San Francisco with his older cousins to watch "Animal House" when he was 14. He watched most of the James Bond movies at the historic art house and took his wife there on some of their first dates. | Video

LONDON Actors Anna Kendrick, Daniel Dae Kim and Toni Collette star as a space crew whose two-year mission to Mars is thrown into turmoil when they discover an unplanned passenger on board their spacecraft in the new Netflix movie "Stowaway".

(Reuters) -The tiny Icelandic town of Husavik, which was propelled to global fame by a hit Netflix comedy, has rolled out a red carpet on its main street in anticipation of even greater glory on Oscars night. | Video

LOS ANGELES Paul Raci, nominated for an Oscar for playing a drug abuse counselor who has lost his hearing in "Sound of Metal," said the most common response he receives from deaf people about the film is "how cool you show a bunch of deaf addicts." | Video

LOS ANGELES The "Mortal Kombat" movie reboot from Warner Bros, which debuts Friday in theaters and on the HBO Max streaming service, aims to better depict the extreme gore of the video game franchise than two toned-down cinematic spinoffs of the 1990s. 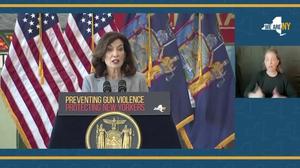 'He is alive': Gov. Hochul says Rushdie alive after attack

British author Rowling says Trump has a right to be bigoted