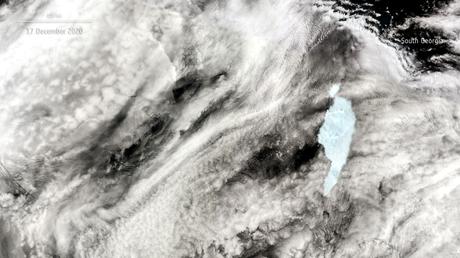 A massive Antarctic iceberg that last month threatened a penguin-populated island off the southern tip of South America has since lost much of its mass and broken into pieces, scientists say.

The Trump administration said on Tuesday it had issued drilling leases on more than 400,000 acres (160,000 hectares) of Alaska's Arctic National Wildlife Refuge (ANWR), delivering on a promise to fossil-fuel proponents on President Donald Trump's last full day in office.

Warming Arctic at the frontier of climate insight and risk, experts say

HONG KONG/BRUSSELS The environmental transformation happening in the Arctic is key to understanding the potential global impacts of climate change, an Alaska Native leader and a polar explorer told the Reuters Next conference on Monday. | Video

(Reuters) -The Trump administration on Wednesday found few takers at its sale of drilling leases in a pristine Arctic wildlife refuge, with an Alaska state agency emerging as the sole bidder for most of the acreage sold.

A federal judge in Alaska ruled late on Tuesday that the Trump administration's planned auction of oil drilling leases in the Arctic National Wildlife Refuge (ANWR) could proceed as planned on Wednesday morning.

ANCHORAGE, Alaska (Reuters) -U.S. President Donald Trump's administration announced on Monday that it has made final its plan to open up vast areas of once-protected Arctic Alaska territory to oil development.

MOSCOW Russia has reopened a Soviet-era laboratory to test weapons in extreme Arctic conditions, the military-industrial company which will run the facility said on Thursday, amid a push by the Kremlin to beef up its defences in the resource-rich region.

SANTIAGO The coronavirus has landed in Antarctica, the last continent previously free from COVID-19, Chile's military said this week, as health and army officials scrambled to clear out and quarantine staff from a remote research station surrounded by ocean and icebergs.

MOSCOW Police detained more than 2,500 people and used force to break up rallies across Russia on Saturday as tens of thousands of protesters ignored extreme cold and police warnings to demand the release of Kremlin critic Alexei Navalny. | Video