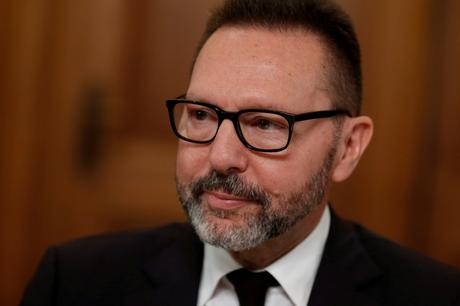 ATHENS Prosecutors ordered on Friday that the former director of Greece's National Theatre be remanded after hearing his plea over child rape allegations, his lawyer said.

ATHENS Before COVID-19, visits to Greece's paper-strewn labour offices were a ordeal of queues and case files, often for basic matters that in less than a year have moved online as the pandemic upended old administrative routines.

ATHENS Rape allegations against the former director of Greece's National Theatre are a "crude fabrication" and he has filed for his arrest warrant to be revoked, his lawyer said on Wednesday.

ANKARA/ATHENS Turkey said on Tuesday that four Greek jets harassed a Turkish research vessel in the Aegean Sea but Athens denied the accusation, which comes as the two NATO members seek to resume talks over maritime disputes.

ATHENS Greek hospital doctors went on a day-long strike on Tuesday and dozens marched in Athens to protest "suffocating" conditions at hospitals on the frontline of the coronavirus pandemic.

'We were wiped out.' Merchants in historic Philadelphia market grapple with pandemic

Athens Voulgaridis and his family have run their Greek gyro stand in Philadelphia's Reading Terminal Market since 1984, outlasting three recessions and a trademark battle with the U.S. Olympic Committee.