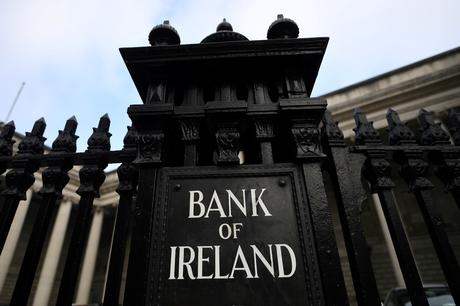 DUBLIN Bank of Ireland blamed state-imposed curbs on bankers pay and bonuses for the announcement on Monday that Chief Financial Officer Myles O'Grady would leave the bank and join Irish food group Musgrave.

LONDON British Prime Minister Boris Johnson spoke to French President Emmanuel Macron on Friday and the leaders agreed to keep talking about issues such as the Northern Ireland Protocol, a statement from Johnson's office said.

WASHINGTON (Reuters) -U.S. Treasury Secretary Janet Yellen urged Paschal Donohoe, the finance minister of low-tax Ireland, to take a "once in a generation opportunity" for a global deal that would stop a race to the bottom on corporate tax rates, the Treasury said on Wednesday.

UNITED NATIONS Iran's foreign minister expressed a "very clear intent" to return to nuclear talks in Vienna, Ireland's foreign minister said on Wednesday after he met with his Iranian counterpart on the sidelines of the United Nations General Assembly.

(Reuters) -AstraZeneca said on Tuesday it would invest $360 million to develop a manufacturing facility in Ireland to produce active pharmaceutical ingredients (APIs), or the main components of medicines.

DUBLIN Ireland's data privacy regulator on Friday said it had asked Facebook to demonstrate that an LED indicator light on the social media giant's newly launched smart glasses is "an effective means" to let people know they are being filmed or photographed.

Next to run Gap brand in Britain's retail shake-up

LONDON British clothing retailer Next has struck a deal with Gap, to run the U.S. brand's business in the UK and Ireland, bolstering its market reach after showing its resilience during the COVID-19 pandemic.

BRUSSELS The European Commission is expected to outline by the end of September plans that could ease the movement of goods from Britain to Northern Ireland in an effort to ease tensions resulting from Brexit, EU diplomats said.

LONDON Britain's Brexit minister David Frost on Monday said that the European Union must move in negotiations over the trading arrangements in Northern Ireland or Britain may unilaterally suspend the so-called "protocol".

BERLIN (Reuters) -German Social Democrat Olaf Scholz vowed on Monday to strengthen the European Union and keep up the transatlantic partnership in a three-way coalition government he hopes to form by Christmas to take over from Angela Merkel's conservatives. | Video