Ivory Coast PM in 'good shape' after return from France 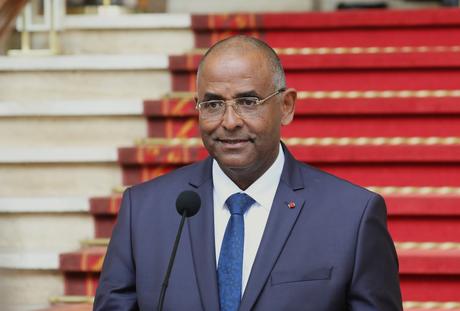 Ivory Coast prime minister in hospital in France for tests

SOUBRE, Ivory Coast Police in Ivory Coast have rescued 68 children working on cocoa farms, most of whom were trafficked from neighbouring Burkina Faso, authorities said.

SHANGHAI (Reuters) -Remnants of China's largest rocket launched last week are expected to plunge back through the atmosphere in the coming hours, European and U.S. tracking centres said on Saturday. | Video

China says its rocket debris unlikely to cause any harm

BEIJING (Reuters) -Most debris from a large Chinese rocket expected to plunge back through the atmosphere this weekend will be burned up on reentry and is highly unlikely to cause any harm, Chinese foreign ministry spokesman Wang Wenbin said on Friday.

ABIDJAN Former Ivory Coast President Laurent Gbagbo and one of his close allies have permission to return home following their acquittal on charges of crimes against humanity at the International Criminal Court, President Alassane Ouattara said on Wednesday.

Gbabgo could return to Ivory Coast after ICC upholds acquittal

THE HAGUE (Reuters) -The International Criminal Court on Wednesday upheld its 2019 acquittal of former Ivory Coast President Laurent Gbagbo on charges of crimes against humanity during post-election violence and ordered all conditions of his release be removed.

Shock and uncertainty after death of Ivory Coast PM Bakayoko

ABIDJAN Ivory Coast Prime Minister Hamed Bakayoko, who was seen as a possible successor to President Alassane Ouattara, has died in Freiburg in southwestern Germany, two days after his 56th birthday, the government said on Wednesday. | Video 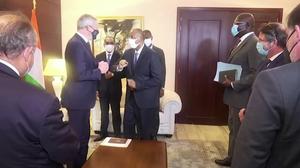 GAZA/JERUSALEM Israel bombarded Gaza with air strikes and Palestinian militants kept up cross-border rocket fire, with no firm sign on Wednesday of any imminent ceasefire despite international calls to end more than a week of fighting.