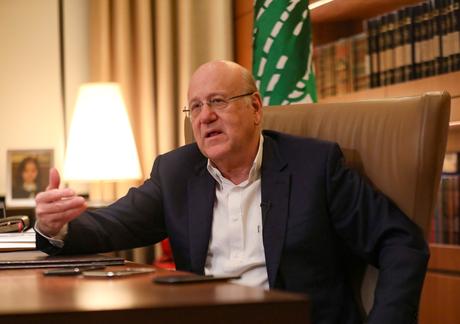 BEIRUT (Reuters) -The leader of Lebanon's Hezbollah on Friday warned Israel against drilling for oil and gas in the disputed maritime border area between the two countries until the issue is resolved, and said the Iran-backed group would take action if it did so.

CAIRO (Reuters) -The U.S. mediator for indirect talks on border demarcation between Lebanon and Israel said on Thursday that the negotiations he was hoping to revive should be concluded in a short period if they were to succeed.

AMMAN Dozens of Syrian refugees who fled the country to escape persecution have suffered abuse at the hands of authorities or pro-government militias after returning home, Human Rights Watch said in a report on Wednesday. | Video

BEIRUT (Reuters) -Restructuring consultancy Alvarez & Marsal will resume its forensic audit of the Lebanese central bank on Thursday, the presidency said, indicating fresh momentum on a condition for Lebanon to secure foreign aid amid its financial meltdown.

Lebanon goes to polls in March amid economic meltdown

BEIRUT (Reuters) -The leader of Lebanon's Iran-backed Shi'ite group Hezbollah said on Monday that last week's Beirut violence in which seven Shi'ite Muslims were shot dead was a dangerous development and marked a new phase in the country's internal politics.

BEIRUT (Reuters) -Worsening sectarian tensions in Lebanon are testing an alliance between Shi'ite Hezbollah and its Christian ally President Michel Aoun, who may lose ground to their rivals as they step up opposition to the Iran-backed group's influence.

Lebanon's Maronite patriarch says judges must be left to work

BEIRUT Lebanon's top Christian cleric, Bechara Boutros Al-Rai, said on Sunday that the judiciary should be free of political interference and sectarian "activism" amid tensions over a probe into last year's blast at Beirut port.

Lebanon Christian leader Bassil: probe into port blast should not be stopped

BEIRUT (Reuters) -The leader of Lebanon's largest Christian bloc, the Free Patriotic movement (FPM), said on Saturday the investigation into last year's deadly blast at Beirut's port should not be stopped. 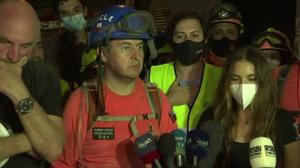 'No signs of life' in Beirut rubble