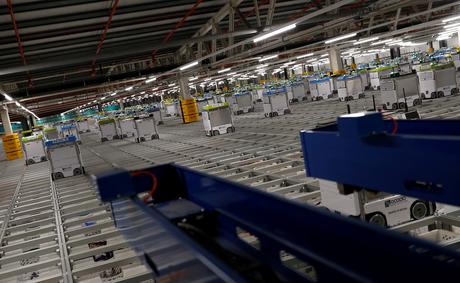 OSLO U.S. and European diplomats began talks with representatives of Afghanistan's Taliban rulers on Monday on how to alleviate the country's humanitarian crisis.

Taliban delegation due in Norway for humanitarian talks

OSLO Representatives of Afghanistan's Taliban will arrive in Norway on Sunday for three days of talks on how to alleviate a humanitarian crisis, the Norwegian foreign ministry said on Friday.

BANGKOK (Reuters) -Lebanon's M1 Group will partner with a Myanmar firm to take over Norwegian telco Telenor's business in the Southeast Asian country after its military junta sought a local buyer, three sources familiar with the matter told Reuters.

Norwegian mass killer Breivik has not reformed, must stay in jail, prosecution says

OSLO Norwegian mass murderer Anders Behring Breivik, who in 2011 killed 77 people and maimed dozens more, has not reformed during his time in prison and should be kept behind bars, a state prosecutor told his parole hearing on Thursday. | Video

Norwegian mass killer Breivik as dangerous now as a decade ago, court told

OSLO Norwegian mass murderer Anders Behring Breivik remains just as likely to commit acts of violence today as he was a decade ago, a psychiatrist testifying at his parole hearing said on Wednesday.

SKIEN, Norway (Reuters) -Mass murderer Anders Behring Breivik gave a Nazi salute on Tuesday as he arrived in court for a parole hearing that will decide if he should be released after spending more than a decade behind bars. | Video

OSLO The committee that awards the Nobel Peace Prize appealed on Thursday to Ethiopian Prime Minister Abiy Ahmed, who won the award in 2019, to halt the conflict unfolding in the country's northern region of Tigray. | Video

OSLO The Norwegian government will partly reverse a ban on serving alcohol in bars and restaurants, one of several policy changes as it seeks to relax COVID-19 restrictions, the prime minister said on Thursday.

WASHINGTON George Tsunis, a Greek American businessman who fumbled a 2014 Senate hearing to be U.S. ambassador to Norway and withdrew from consideration, won praise on Wednesday at a hearing on his nomination to be the U.S. envoy to Greece. 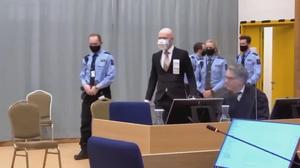 WASHINGTON/MOSCOW A Russian troop buildup along its border with Ukraine includes supplies of blood https://www.reuters.com/world/europe/exclusive-russia-moves-blood-supplies-near-ukraine-adding-us-concern-officials-2022-01-28 for the wounded, three U.S. officials told Reuters, a detail reinforcing U.S. comments that Russia "clearly" now has the capability to move on its neighbour. | Video