LAHORE, Pakistan A father in Pakistan is suspected of killing his two daughters and their four children by setting their house ablaze because one of the women married against his wishes, police said.

SRINAGAR, India Vulnerable Indian migrant workers in Kashmir will be moved to army and police camps for protection after several were killed by militants, the police chief on the Indian side of the disputed region said on Sunday.

Russia says it doesn't expect breakthrough at talks with Taliban

MOSCOW (Reuters) -President Vladimir Putin's special representative on Afghanistan said on Friday he did not expect any major breakthrough at talks with the Taliban next week in Moscow.

ANKARA (Reuters) -Afghan Taliban leaders said they would do all they can to help Afghan migrants in Turkey wanting to return home, the Turkish foreign minister said on Thursday after talks in Ankara, adding that both sides discussed how to prevent another "migrant wave".

ISLAMABAD A leopard pauses to take a cautious look around before continuing its way through thick forest in the Margalla Hills overlooking Pakistan's capital - once a rare sight, but now one recorded and tracked by software and cameras.

ISLAMABAD Pakistan International Airlines (PIA) suspended flights to Kabul on Thursday after what it called heavy-handed interference by Taliban authorities.

MOSCOW More than 3 million refugees from Afghanistan are trying to reach Iran and Pakistan and the displacement of ethnic and religious minorities in the country may escalate tensions to a critical level, a Russian-led security bloc said on Thursday.

U.S. to ship 2.4 million doses of COVID-19 vaccine to Pakistan

WASHINGTON The U.S. government will ship 2.4 million doses of COVID-19 vaccine to Pakistan on Thursday, bringing the total number of doses sent to the South Asian country to about 18.3 million, more than any other country, a White House official said.

MOSCOW The United States' involvement in Afghanistan has led to tragedy, Russian President Vladimir Putin said on Wednesday, one week before Russia is due to host the Taliban in Moscow.

WASHINGTON (Reuters) -The U.S. State Department on Tuesday appointed veteran diplomat Elizabeth Jones as a new coordinator for efforts to relocate Afghans who have fled or want to flee their country, spokesperson Ned Price said in a statement. 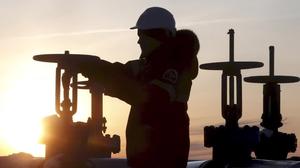