ISLAMABAD Pakistani police arrested a would-be suicide bomber who planned to blow herself up near a convoy of Chinese nationals along the China Pakistan Economic-Corridor (CPEC), a police statement said.

KABUL (Reuters) -Afghanistan's Taliban government ordered women on Saturday to cover their faces in public, a return to a signature policy of their past hardline rule and an escalation of restrictions that are causing anger at home and abroad. | Video

Explainer-Might Russia use nuclear weapons in the Ukraine war?

At the start of Russia's invasion of Ukraine, Russian President Vladimir Putin obliquely raised the possibility of a nuclear strike against anyone who intervened in the conflict.

India's Kashmir region gets redrawn constituencies ahead of elections

NEW DELHI India published on Thursday a new list of redrawn political constituencies for the former state of Jammu and Kashmir (J&K), giving greater representation to the Muslim-majority region's Hindu areas and paving the way for fresh elections.

NEW DELHI India's western state of Maharashtra has registered 25 deaths from heat stroke since late March, the highest toll in the past five years, with more fatalities likely elsewhere in a country sweltering in temperatures over 40 degrees Celsius.

PESHAWAR, Pakistan/AHMEDABAD,India Pakistan issued a heat warning after the hottest March in 61 years while in parts of neighbouring India schools were shut and streets deserted as an intense heave wave on Friday showed no signs of abating.

KARACHI A woman suicide bomber who killed three Chinese teachers in Pakistan was a teacher who had enrolled for a master's degree months before her attack, carried out on behalf of separatist insurgents, a Pakistani official said on Wednesday.

Factbox-Who are the Pakistan separatists behind attack on Chinese citizens?

The Baloch Liberation Army (BLA), which claimed a deadly attack on Chinese citizens in Karachi on Tuesday, is the most prominent of a number of separatist groups operating against the Pakistani state in the southwestern province of Balochistan.

ISLAMABAD A bomb blast that ripped through a passenger van killed three Chinese nationals and a Pakistani in the southern port city of Karachi on Tuesday, police said. 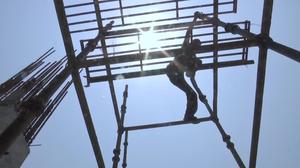