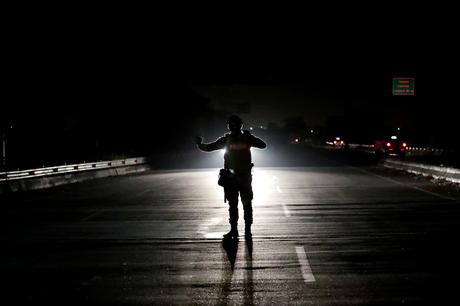 QUITO Ecuador's foreign ministry said on Tuesday that it would keep the country's border with Peru closed in an effort to stop the spread of the coronavirus' Omicron variant.

A 7.5 magnitude earthquake shook the remote Amazon region of northern Peru on Sunday and was felt as far as Lima in the center of the country, destroying 75 homes but with no deaths reported.

LIMA A team of experts has found a mummy estimated to be at least 800 years old on Peru's central coast, one of the archaeologists who participated in the excavation said on Friday. | Video

PARIS The French Academy, the prestigious institution that shapes the standards of the French language, said on Thursday it will admit Peruvian writer and Nobel laureate Mario Vargas Llosa as a new member, although he is 10 years older than its statutes allow and has never written a book in French.

Peru communities resolute on mine shutdowns despite government shift

LIMA Communities in Peru's Ayacucho region say they will resume protests against the mining sector if the government of leftist President Pedro Castillo breaches what they call a signed agreement to shutter mines, local leaders told Reuters.

LIMA (Reuters) -Peru's government said on Wednesday that mining companies could seek permission to extend operations, a notable shift in stance after officials had appeared to rule out extensions for some key mines over environmental concerns, rattling industry advocates.

LIMA Peruvian Prime Minister Mirtha Vasquez sparked a controversy with the key mining sector on Friday night, saying a group of four mines in the Andean Ayacucho region would not be allowed any extensions on their operational timelines.

LIMA Peru's Keiko Fujimori, the head of the largest opposition bloc, said on Friday her Popular Force party would back a motion being prepared to impeach socialist President Pedro Castillo.