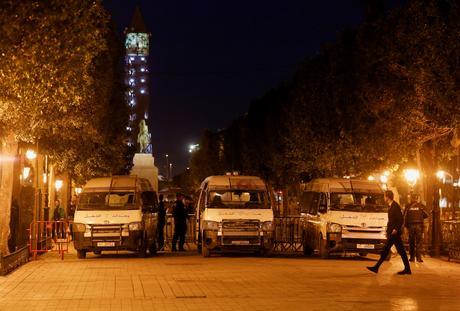 TUNIS (Reuters) -Tunisian police on Friday shot and wounded an extremist who sought to attack them with a knife and cleaver in the capital, authorities said.

TUNIS The Tunisian navy rescued 487 migrants on Friday from an overloaded boat that ran into difficulty in rough seas in the Mediterranean as they tried to reach Europe.

TUNIS Two Tunisian regional governors have been detained on suspicion of corruption, judicial authorities said on Thursday, hours after President Kais Saied fired them, the latest move against graft.

Tunisia says U.S. will support it once political reforms are announced

TUNIS Tunisian President Kais Saied said on Thursday he was working non-stop on a timetable for reforms to defuse growing criticism at home and abroad since he dismissed the cabinet, suspended parliament and took personal power four months ago.

Tunisia's govt says it will implement all deals reached with union

TUNIS Tunisian employment minister Nassreddine Nsibi said on Monday that the government is committed to implementing any deals it reaches with the country's powerful UGTT union, such as on the minimum wage - even as the country faces a financial crisis.

TUNIS (Reuters) -Thousands of Tunisians protesting against President Kais Saied's seizure of political power four months ago tried to march on the suspended parliament on Sunday, as hundreds of police blocked off the area.

TUNIS (Reuters) -Tunisian protesters angered by an authority's decision to reopen a controlled landfill in the southern town of Agareb set fire to a police station on Tuesday, witnesses said.

TUNIS Tunisian police fired tear gas on Monday at protesters who refused an authority's decision to reopen a controlled landfill in the southern town of Agareb, the first test for the government appointed by president Kais Saied, who seized executive power in July. 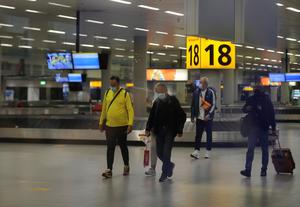 Protests in Africa and the Middle East